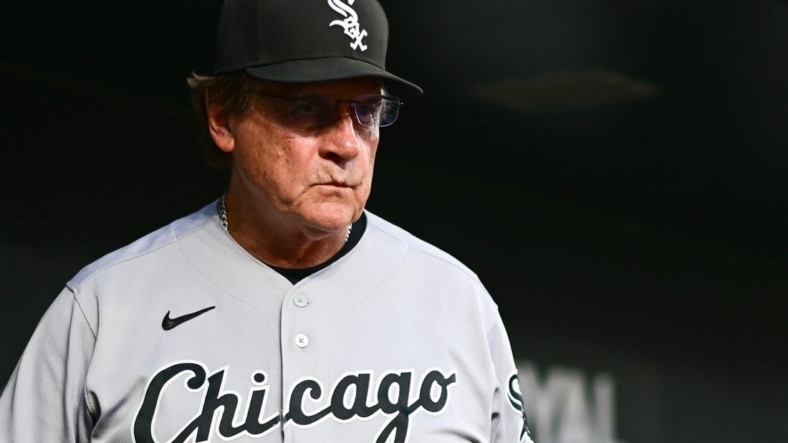 Chicago White Sox manager Tony La Russa has been cleared to travel but not yet to return to the bench, the team announced Saturday.

La Russa had hoped to travel to Oakland to attend the pregame ceremony retiring Dave Stewart’s uniform number in Oakland on Sunday, and the team said La Russa will be on hand. Stewart pitched for the Athletics from 1986 to 1992 when La Russa managed the Athletics, who won two American League pennants and one World Series in that span.

The White Sox will conclude their three-game series in Oakland on Sunday, and the team said La Russa would return to Chicago then.

Several outlets have reported that La Russa, 77, might make his return as manager next week.

La Russa departed the White Sox Aug. 30 for medical reasons. The team subsequently announced that he would be traveling to Arizona to undergo testing under the supervision of his personal physician.

After defeating the Athletics 5-3 on Friday, the White Sox (71-68) are now 8-3 in his absence, climbing into second place in the American League Central, 1 1/2 games behind the Cleveland Guardians.

These Boots Are Your Fall Travel Must-Have

Top 7 Off The Beaten Path Adventures In Northern California

You can stream Elden Ring’s soundtrack on Spotify, Apple Music, and YouTube

All the Tech Products We Loved That Failed – Review Geek