Home Business Weak inflation will be key to a sustainable gold rally above $1,750 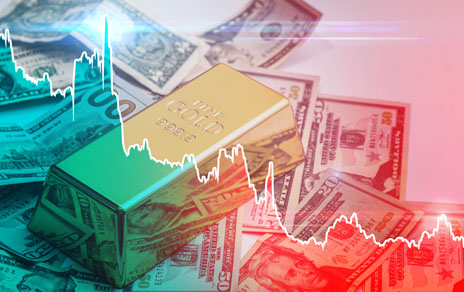 
Editor’s Note: With so much market volatility, stay on top of daily news! Get caught up in minutes with our speedy summary of today’s must-read news and expert opinions. Sign up here!

(Kitco News) – Some optimism is creeping back into the gold market as prices end the week in neutral territory, bouncing off support at $1,700 an ounce.

However, analysts are warning investors that economic data next week needs to be significantly weaker than expected if that optimism blossoms in a new breakout on the upside.

The main focus for gold investors next week will be two inflation data points: the U.S. Consumer Price Index on Tuesday and the preliminary inflation expectations from the University of Michigan. Also on tap next week is August U.S. retail sales, which will be an essential gauge to determine how consumers are holding up as the Federal Reserve aggressively raises interest rates.

“Significantly weaker economic data next week will continue to pressure the U.S. dollar, which is positive for gold,” said Sean Lusk, co-director of commercial hedging with Walsh Trading.

Ed Moya, senior U.S. market analyst at OANDA, said that weak inflation could give gold a boost next week as it could help investors and markets start to define how high the Federal Reserve will take interest rates.

“If inflation drops, then there is a chance we might not see interest rates go much above 4.00%,” he said. “If that happens, then maybe the U.S. dollar has peaked, providing some relief for gold.”

However, Moya also said that a slight miss in the data might not be enough to shift fairly solid expectations for the Federal Reserve’s next monetary policy decision later this month. Markets see a 90% chance that the Federal Reserve will raise interest rates by 75 basis points.

Analysts have said that if those expectations don’t come down, gold’s new-found optimism could vanish fairly quickly.

“If the Fed raises interest rates by only 50 basis points, this could give gold some momentum,” said Christopher Vecchio, senior market analyst at DailyFX.com.

Lusk said that gold has the potential to push to $1,760 an ounce next week; however, he added that “bull markets need to be fed.”

“Gold rallies are being sold and that won’t change until we have a better understanding of where interest rates are going,” he said.

According to consensus estimates, economists see headline CPI falling 0.1% in August as gasoline and energy prices dropped last month. At the same time, core inflation, which excludes energy and food prices, is expected to rise 0.2%.

“If we’re right and core CPI increases by a more muted 0.2% m/m, then a late switch to a 50bp hike would still be possible,” said Paul Ashworth, chief U.S. economist at Capital Economics, said in a note Friday.

However, not everyone is convinced that disappointing inflation data will move the needle on interest rate hikes.

“Tightness in the labor market is probably going to keep interest rates elevated for a longer period of time,” he said. “Wage growth is at a level we haven’t seen since the 1980 and this could lead to a deanchoring of inflation expectations and that is what the Fed fears.”

Ghali said that although gold prices could go up next week, he expects its current downtrend to remain in place.

“A weak CPI data could create a short squeeze, but we don’t see that as sustainable,” he said.

He added that while the precious metal may have priced in the Fed’s aggressive rate hike, it hasn’t priced in the duration of higher interest rates.

“While gold prices may now have accurately captured the expected level of interest rates, they are not reflecting the implications of a sustained period of restrictive policy. In this context, money managers continue to sell their length, while ETF holdings of gold remain in a sustained downtrend,” he said.