The idea of using cryptocurrency on social media was brought up for the first time in 2019 when Mark Zukerberg revealed his intentions to release his own stablecoin, Diem. At that point, the U.S. government spoke out against the idea and the project was shut down. Only in 2022 Meta officially announced the integration of NFTs on Instagram.

However, the integration of cryptocurrency into social media did not stop: as NFTs became more popular, new projects began to pop up, attracting millions of users around the world. For example, a project with Watch&Earn mechanics emerged, allowing users to earn tokens just for scrolling their social media feeds.

The “next generation” needs a new economy

The economy of content creators has been titled the economy of the “next generation” where independent creators make money by producing unique content and new ideas have become the key capitalization value.

The content creators’ income can make up considerable sums just like the income of social media platforms which make money by selling advertising. These actors often communicate with one another, platforms provide the technical part and the creators supply the content.

However, no one notices the real issue! Ordinary users, who create the cash flow for the said creators and platforms, spend approximately 2.5 hours a day on social media and get absolutely nothing in return.

This specific injustice can be solved by cryptocurrency and Web3 economy’s presence on social media. 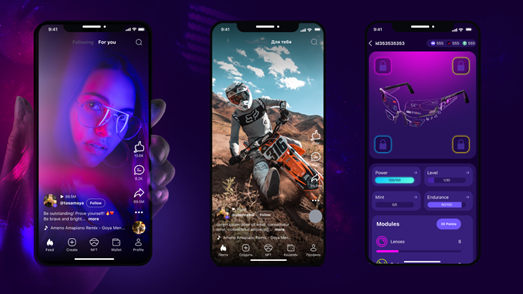 The development of the DeFi sector and integration of game mechanics into decentralized finance has become the main trend of 2022. Such a synergy kickstarted new ways to monetize familiar user activities such as walking, reading, or even surfing the internet.

Nowadays, users can earn crypto by doing almost anything, including walking (move-to-earn), watching ads and certain videos on social media (watch-to-earn), playing video games (play-to-earn), and more. Quite recently a new social media platform, Cheelee, emerged in the world of DeFi, in order to make money with it all you need to do is scroll the app’s feed.

According to the project’s creators, Cheelee’s mission is to give users with any amount of followers an opportunity to earn on social media, making a  big technological step towards the Attention Economy. 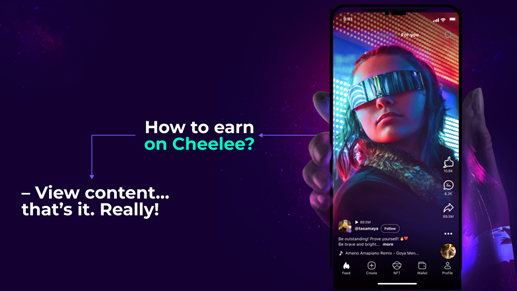 How does the Attention Economy work?

The Attention Economy views human attention as a scarce resource and it is the new oil. The founder of this concept is a Nobel laureate, Herbert Simon.

The main idea behind the said economy is that human attention needs to be converted into income with the help of modern technology. One of the theory’s principles is the idea that humans pay attention to what they want and get paid for it. The attention of each user possesses a substantial cost.

Social media perceives users as objects of the information and advertising impact. However, Cheelee users are full-fledged system members, partners, and beneficiaries.

How is Cheelee different from similar projects?

The fundamental difference between Cheelee and other projects (move-to-earn or play-to-earn) is its focus on the social media market audience of 4.6 billion people, rather than a limited crypto audience. The first billion people are planned to be attracted within four years, providing a monthly growing inflow of users. 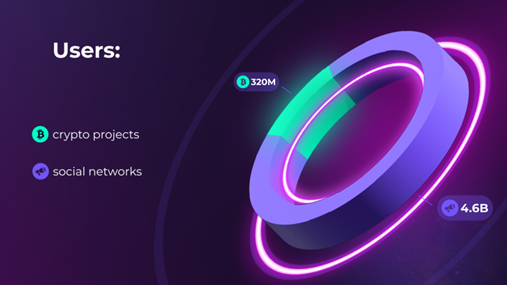 Creators of play-to-earn, watch-to-earn, and move-to-earn projects have shown that everyone without exception can earn tokens, even if they do not have knowledge or experience concerning the crypto market. But all of these projects do not possess the basic product value and substantial revenue other than from NFT sales and in-app transaction fees.

Most of these projects rely on the Ponzi scheme where the more users there are, the bigger the income is, and the biggest revenue is generated by those who have joined the project at the earlier stages. However, Cheelee’s economic model is stable. This is possible due to the existence of sources of income not related to NFT sales. 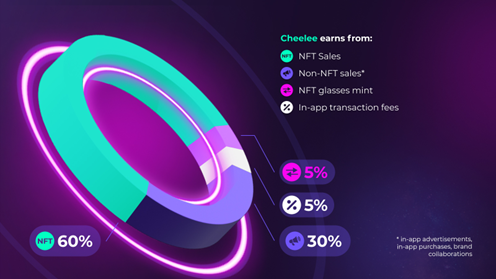 These include advertisement, in-game purchases, and brand collaborations. These account for 30% of the total revenue, while in alternative projects they only make up 1%. In addition, Cheelee will be directing 70% of advertisement revenue, in-app purchases, and 100% of revenue from NFT sales and in-app transactions to the Stability Fund.

Similar projects require large investments at the beginning, which creates a high entry barrier. Not everyone is capable of paying $1000 for a pair of NFT trainers or $900 for a couple of game cards. With Cheelee, users can start earning by scrolling their feed absolutely for free, right after registering each user receives a case containing Starting NFT glasses.

The Cheelee app is also protected from farms and bots due to thorough behavioral metrics such as depth of video viewing, comment scanning, and writing, skip ratio, and more. The Cheelee system is protected from fraud and liquidity drain which positively affects the token’s value. 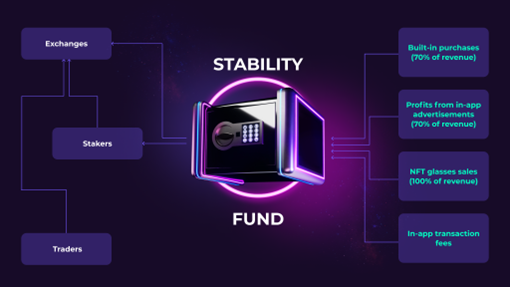 The development of Web3 is pushing us into the future, soon social media trends and blockchain technologies will combine in the Cheelee project whose mission is to give each person the opportunity to make money by scrolling their feed no matter how many followers they have.

Soon anyone will be able to buy Cheelee tokens or win cases with Rare NFT glasses, as the project will hold a tokensale and a giveaway. To not miss out on these events, follow the project’s news with us.