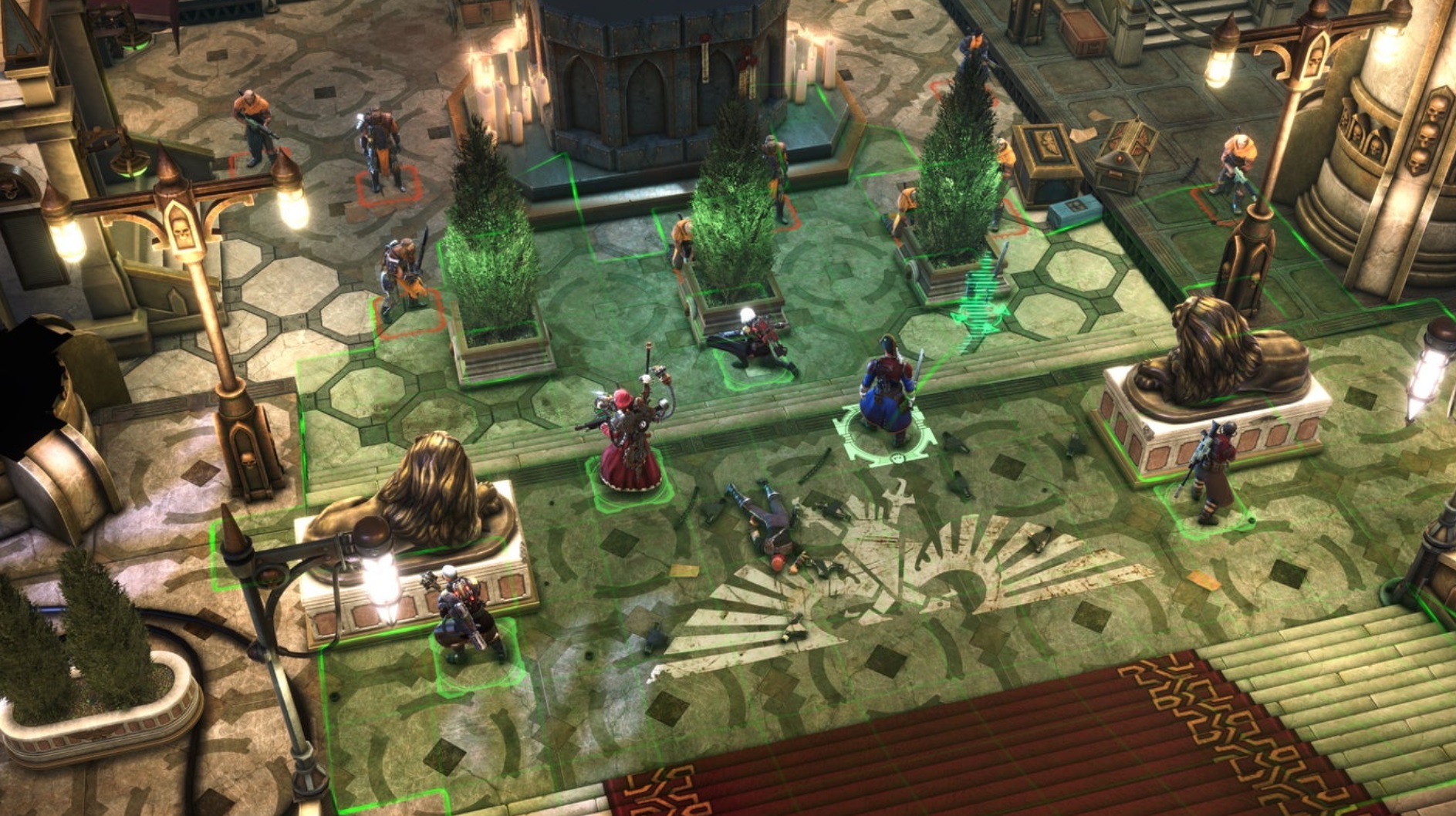 We are excited for the upcoming 40K video game RPG. Developed by Owlcat, who adapted Pathfinder: Kingmaker and Pathfinder: Wrath of the Righteous, this game was already promising. But a newly detailed look at the combat system, shows just how far Owlcat will go to deliver the best Warhammer 40K: Rogue Trader RPG.

Because, as it turns out, there’s going to be a fair amount of strategy in this RPG. Owlcat Studios revealed details about combat in Warhammer 40K: Rogue Trader‘s combat to IGN, and the results are appetizing.

Owlcat director Alexander Gusev showcased two different combat scenarios at Gamescom 2022. In these fights, a band Drukhari faced off with the Rogue Trader’s retinue, and as IGN reports there’s a lot of strategy on display:

At first glance Rogue Trader’s turn-based combat is a close cousin of XCOM; a party of six companions navigate a battlefield built upon a grid that dictates movement, cover, and weapon ranges.

But, over the course of the demo, as characters in the Rogue Trader’s party drew on combat skills, psychic powers, and some fairly intense planning, a broader picture emerges:

Rogue Trader has the potential to stand shoulder-to-shoulder with the most strategic RPG battle systems ever made. 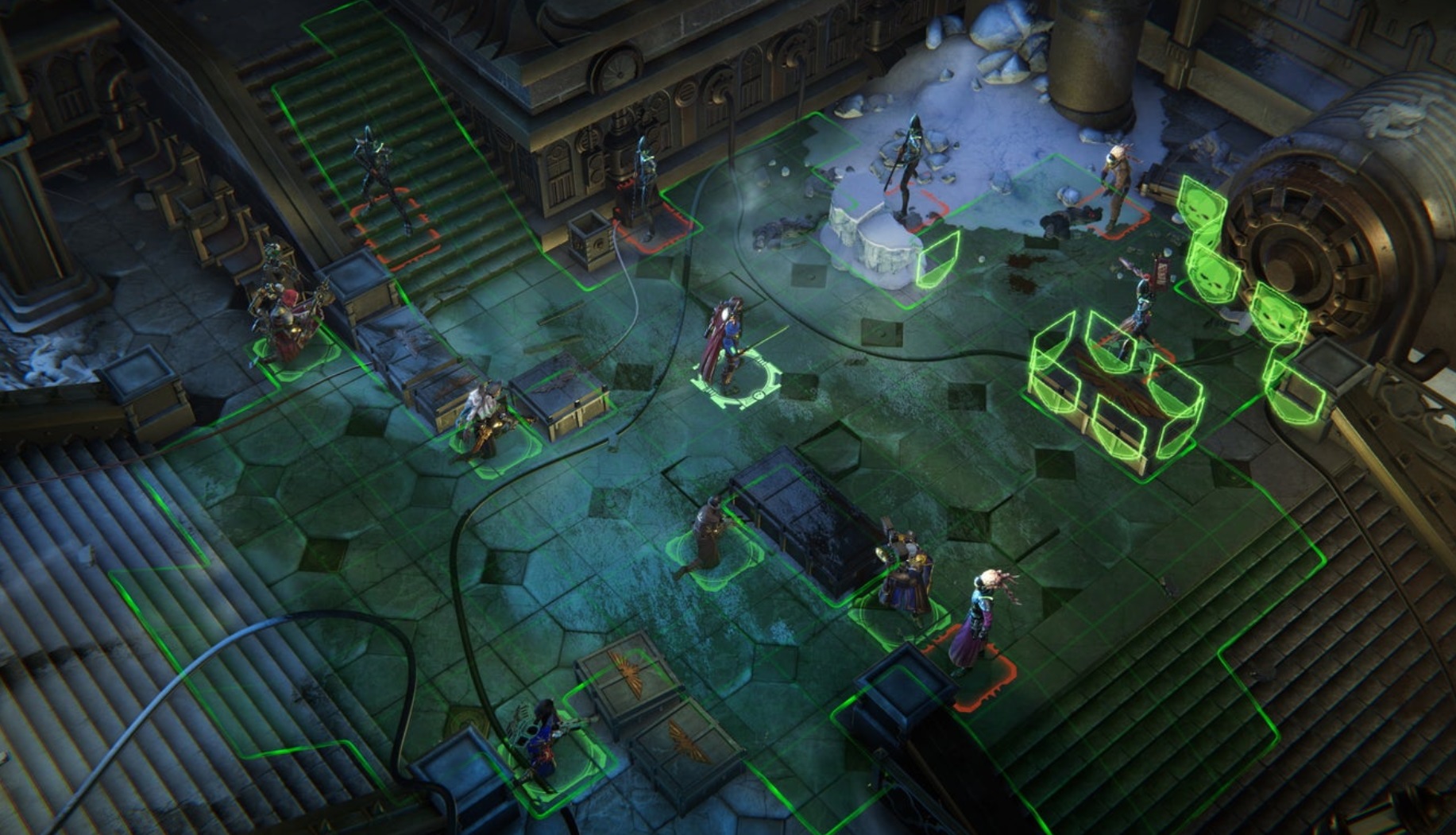 And the reason for that perceived depth lies in the “planning layers before the kill.” You might have a tech priest identify a weakness and enhance an attack, or get the appropriate combat litany. But what sounds real exciting is the class system at play here.

Characters will have a basic class, as well as two different tiers that specialize them. So you might have a class like “adept” and then branch into Tech Priest or Unsanctioned Psyker.

This isn’t 40K’s first dalliance with mechanics like XCOM—the excellent Chaos Gate: Daemonhunters does this with aplomb. But now Warhammer 40K Rogue Trader promises even more tactical combat. Will the XCOM tactical formula play well with the party-based RPG engine Owlcat is working with? It certainly feels that way.

Characters can take big dramatic actions thanks to Momentum, a stat that “builds with each attack and heal.” Much like the Morale mechanic in Harebrained Schemes’ Battletech, you can use Momentum to build up to heroic abilities. You might pick Daring Breach or Desperate Rush, which let characters do things like move and attack multiple times over a single turn, or use the same skill twice.

Hopefully we’ll get to see more of the system in all its crunchy glory in the coming weeks!

Get ready to get out there and Trade some Rogues

Bell of Lost Souls Staff Writer and DM, J.R. covers RPGs of all stripes and on occasion eats sandwiches. You can ask him about either at [email protected]

Hoorah SA leads the way at the New Generation Awards!

Cruise line categories: What do they mean in 2022?: Travel Weekly

I did a makeover using a full face of viral TikTok makeup – and everyone’s...

DreamBox Learning hit by layoffs, but promises strategy to take on ‘troubling trends’ in education...