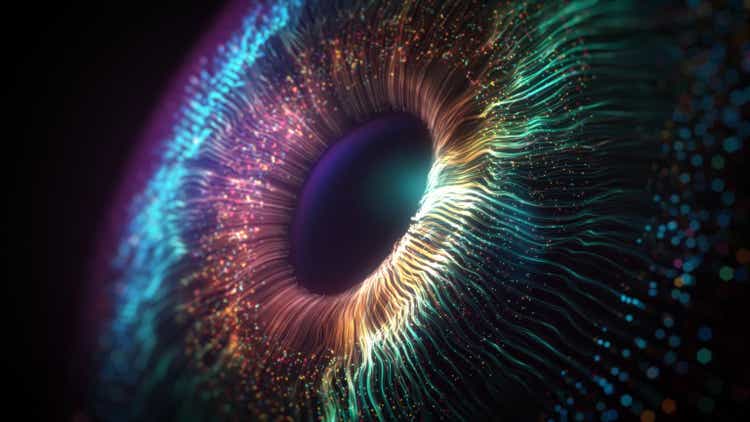 
Note: This article was originally published for Marketplace subscribers on September 2, 2022.

Viridian Therapeutics (NASDAQ:VRDN) was formerly Miragen, a notoriously laggard stock I covered a few years ago. In 2020, Miragen acquired Viridian for its IGF-1R signaling pathway blocker VRDN-001, which has produced positive data from an ongoing phase 1/2 trials targeting Thyroid Eye Disease, or TED. A global Phase 3 registrational program in active and chronic TED is planned for launch by YE22 to support BLA and MAA sometime in 2025.

The data they showed was from the 10mg/kg cohort. Data were:

– Proptosis response achieved by 83% of patients with a mean reduction of 2.4mm from baseline –

– Clinical Activity Score (CAS) of 0 or 1 achieved by 83% of patients with a mean reduction of 4.3 points from baseline –

– VRDN-001 demonstrated a favorable safety and tolerability profile with no reported SAEs, no hyperglycemia, and no infusion reactions –

Their 20mg/kg cohort is nearing completion of enrollment, and data is to be presented in 4Q22. There’s also a 3mg/kg cohort with a similar timeline for data. The intravenous version is called VRDN-001, while there are two other versions, partial IGF-1R inhibitor VRDN-002 and full IGF-1R inhibitor VRDN-003, which are subcutaneous with extended half-lifes of 30-40 days, which support dosing every other week (Q2W) or even every four weeks (Q4W).

The approved drug in TED is Horizon’s Tepezza. This is a blockbuster, $2bn+ annual revenue drug with strong efficacy. However, safety and pricing are hurdles. As FiercePharma says, quoting a Jefferies analyst who quoted a KOL:

Despite the enthusiasm, the expert raised some caution flags because of side effects, at least one of which has impacted 80% of his patients. The most common are muscle cramps, nausea and diarrhea. The expert reports that 25% of his patients have built some skepticism about Tepezza.

Price is another potential hurdle. Upon its launch, Horizon estimated a six-month course of the drug would cost $200,000. But Jefferies’ expert puts the figure for his average-sized patient to be $350,000. It’s approaching $500,00 for his heaviest patients.

The phase 1/2 trial which reported data had a patient profile quite similar to Tepezza’s own trials. Patients had active TED with a Clinical Activity Score or CAS ≥4. These patients all had onset of active TED symptoms within 12 months.

Data reported was better than Tepezza’s own 10mg/kg cohort in many parameters. Overall response was significantly better at 83% versus Tepezza’s 44%. For proptosis, both responder rate and mean change was better; 83% versus 56% and 2.4mm versus 1.9mm. In terms of CAS improvement, too, VRDN-001 seems to have fared much better. However, note that Tepezza’s phase 3 study ran for 24 weeks, at the end of which some of the parameters were comparable, even better – like a 83% proptosis response rate, and a 3.3mm reduction. That may mean VRDN-001 works better at a quicker pace; until we have longer data, we don’t know how it does in the longer term.

In terms of safety, as well, VRDN-001 seems to have avoided some of the safety issues associated with Tepezza. As the CEO noted with considerable enthusiasm:

Importantly, VRDN-001 demonstrated all this will show in a favorable initial safety and tolerability profile with no reported serious adverse events, no hyperglycemia and no infusion reactions. This is honestly stunning.

However, note that the trial was only in 8 patients, 2 of them in placebo, whereas Tepezza’s referenced trial was in 84 patients. Such large differences in trial populations make any effort at comparison suggestive at best.

Also note that this trial is in active TED patients, which is a smaller market of some 25,000 US patients. Chronic TED, where a trial will start later this year, is a much larger market of 75000 patients.

The CEO highlights the key differences between VRDN-001 and Tepezza:

We have a number of potential improvements over Tepezza, an accelerated 12-week 5 infusion course of therapy, 43% shorter than Tepezza. Shorter infusion times, 30 minutes for VRDN-001 versus 60 to 90 minutes for Tepezza. And as you’ve seen today, the potential for faster onset and higher efficacy. And we’re in a strong position to execute on rapid timelines to enter this large market.

VRDN has a market cap of $847mn and a cash reserve of $161mn. They also have a credit facility of $75mn with Hercules Capital. On top of that, after positive data, the company raised $270mn in a stock offering. Research and development expenses were $21.7 million during the second quarter of 2022, while G&A expenses were 8.1mn. Even without the funds from the offering, the company said it had enough funds to see it through 2024. With the new funds coming in, they should be set for well beyond their first approval, in 2025.

It is impressive that despite a very large dilution, VRDN has not gone down a lot. Indeed, the price drop, as it stands today, is just 20% of the peak, while the dilution amount is nearly 30% of the market cap at peak. What this tells me is that the market is highly enthusiastic about VRDN right now, and does not think poorly of the dilution. I think I like what I see here – the strong data, strong cash, excellent strategy, broad market – and I am a buyer once the price settles.

UK defence strategy since the Integrated Review: the view from Washington

New audio reveals Anne Heche was trapped in fiery car for nearly an hour after...