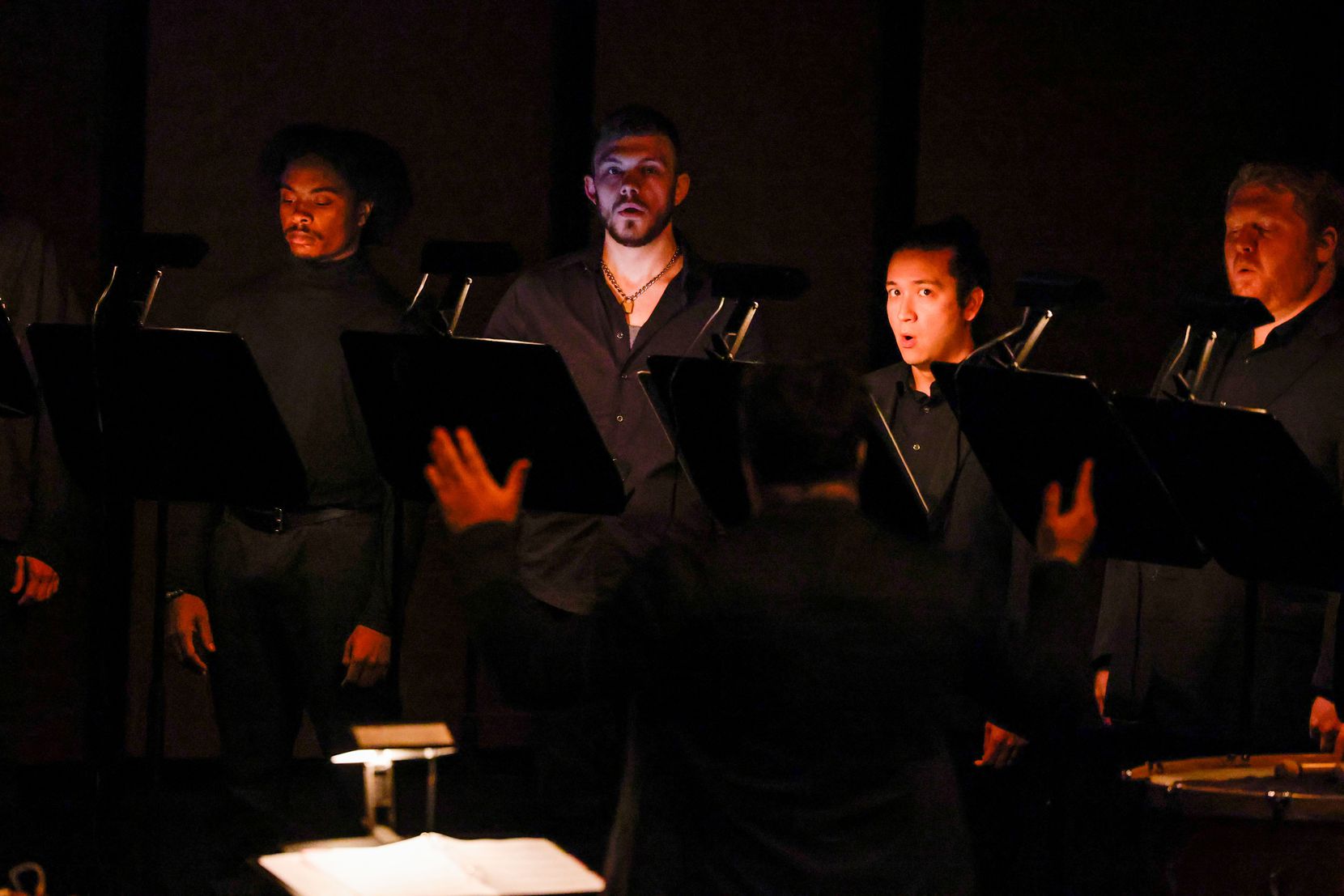 
Verdigris, Dallas’ innovative choir, is all about pushing the boundaries of choral music. Last year, the group brought in more than $375,000 when it sold an NFT featuring music by Texas-born composer Nicholas Reeves. In its latest mix of technology and music, Verdigris presented Friday night at Moody Performance Hall a space-themed program, called “The Big Bang.”

The subtle changes in the art complemented the slow pace of Michael Harrison’s Just Constellations. Unfolding in four sections, named after the four seasons, the 20-minute piece is built on sustained, wordless pitches and explores gradual shifts in harmony. The experience grew wearing over time because of the similarities between the sections.

Related in spirit, but more varied and engaging, was Kile Smith’s The Consolation of Apollo. In seven movements, over 35 minutes, it alternates selections from a 6th-century philosophical text by Boethius, a Christian scholar, and transcript communications from a television broadcast of the Apollo 8 mission, the first to orbit the moon and return to earth.

Wide-open sonorities evoke the awe of seeing earth from space, with crotales (a kind of pitched percussion) adding peals of brightness. In a passage about the sun, the music frolics with spring-like joy, propelled by bass drum hits.

At the emotional heart of the work, Smith sets the first ten verses of Genesis, about the creation of the earth, which the Apollo 8 astronauts read during the broadcast. Along with the reflective and luminous music, the artwork changed more quickly, seemingly cycling through previous images from the concert.

Sandwiched between the two longer compositions was a 5-minute peaceful work by Cristina Spinei. Called Lucis, it was commissioned by Verdigris, and was given its world premiere. Wordless melodies emerged from different voices, before receding into the textures. Particularly affecting were the sopranos’ ethereal lines floating over held bass notes.

But the concert was hampered by logistical issues. Preconcert commentary began 10 minutes late, and went on for too long. Maddeningly, the program notes didn’t give any insight into Spinei’s work, nor did anyone discuss it in any detail. It would have also been helpful for audiences to provide a printed text or supertitles for Smith’s piece, where the luxuriant settings often made it impossible to understand the words.

When Music Is Violence | The New Yorker

A man borrowed $75,000 for leg-lengthening surgery to make him 3 inches taller, report says

How to Fix No Audio in Windows 11