Vanessa Bryant and co-plaintiff Chris Chester proved victorious in court on Aug. 24 in their legal case against the Los Angeles County Sheriff’s Department and Fire Department. The combined $31 million award ($16 million for Vanessa and $15 million for Chester) was handed down after it was determined that first responders shared photos of their deceased loved ones: Kobe and Gianna Bryant, and Chester’s wife Sarah and their daughter Payton, 13. 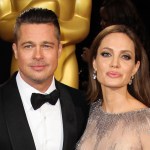 The case not only was a win for two families, who tragically lost their loved ones in the January 2020 helicopter crash in Calabasas, California, but it also sets a legal precedent for future privacy cases for public figures. With the photos being of such sensitive nature, and Vanessa’s concerns that photos might “pop-up” on social media and traumatize her even more, there may be other celebrities who will look to this verdict in the future.

Vanessa Bryant is fighting for her late husband Kobe Bryant and daughter Gianna during her ongoing court case. See the powerful things she said about “her babies.” https://t.co/9adVuZJ8ul

Los Angeles entertainment attorney Tre Lovell of The Lovell Firm told SheKnows via email that it’s been an “uphill battle” for celebrities to “protect their privacy interests” because the media leans into the “public interest and First Amendment rights’ argument. He believes “the pendulum in the battle of rights to privacy versus the First Amendment is starting to swing the other way” and attorneys and celebrities are taking notes.

This is the second major case of its kind involving celebs and their privacy rights. Hulk Hogan sued Gawker Media for $140 million after they published an intimate video of the former wrestler having sex with his friend’s wife. They wound up settling out of court in 2016 and Hogan walked away with $31 million. However, the courts aren’t the only ones speaking up in cases like this, California Governor Gavin Newsom has also taken a stand when it comes to crime scene photos, which will benefit private citizens as well.

“Governor Newsom has put the state’s two cents in with legislation prohibiting the sharing of crime scene photos off the job,” Lovell added, referring to Newsom’s 2020 ban against law enforcement sharing graphic crime scene photos off the job. “Such movement is long overdue and timely, and not everything about celebrities is public interest.” It’s a reminder to anyone who has access to sensitive information and photos that there is a fine line between First Amendment rights and the right to privacy. The courts have weighed in with their thoughts, and it’s likely that other celebrities will look to Vanessa and Chester’s verdict as a blueprint for future privacy cases.

Before you go, click here to see the most important celebrity lawsuits over the past 15 years.