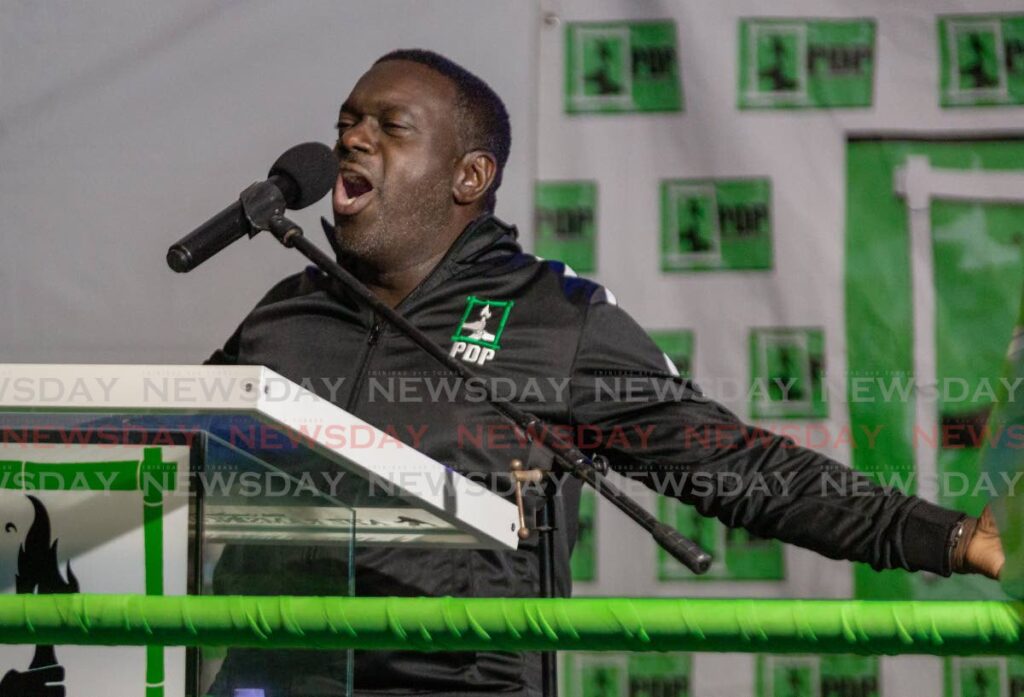 MEMBERS of the public, including Progressive Democratic Patriots (PDP) supporters have expressed displeasure with the actions of PDP leader Watson Duke. Tobago voted overwhelmingly for PDP in the last THA election, giving the party a 14-1 majority in the assembly.

In a social media video on Wednesday, Duke slammed the THA for “neglecting” 27 members of the Roxborough Folk Performers in New York. Augustine denied Duke’s accusations on Thursday and said he will be reviewing Duke’s role as Deputy Chief Secretary and will inform the public what Duke’s responsibilities will be, if any at all.

Duke responded immediately saying Augustine should not threaten him as he is a “political virgin.”

On the streets of Scarborough on Friday, people were upset.

Speaking on condition of anonymity, one man said: “That is stupidness. Duke could have dealt with that more professional; he is part of the executive at the end of the day. Call your Chief (Secretary) and have a mature conversation, you are the deputy chief.”

Another man, who also requested anonymity, said the turmoil did not surprise him.

“We all know the attitude and behaviour of Duke, so we expected this sooner or later – no, I am not surprised.”

A woman weighed in: “I support my chief regardless. Duke has so many things hanging over his head, he better tread light. Tobagonians voted for the PDP with the assurance that Farley would be made chief, and I like how he has dealt with it. I support my chief.”

Another man added: “I for Farley. He has dealt with this matter with professionalism. Duke is really a terror, yes – so because you built it, you can mash it up. Come on Duke, do better than that. Grow up.”

Political commentator Dr Shane Mohammed said the current impasse was not a political issue, but one of governance.

He said it was totally out of place for Duke to make “ludicrous, unfair and embarrassing” statements against the Chief Secretary and the THA.

Referring to the THA’s part-sponsorship of $400,000 to assist the Roxborough Folk Performers on their trip to New York, Mohammed said, “I find it to be extremely generous and extremely kind, in the circumstances in which the Chief Secretary was approached.

He added, “I find it very unfair that the Deputy Chief Secretary would go the length and breadth that he is going to pull politics into this.”

Mohammed said the chief secretary’s integrity in public office was at stake in adhering to the rules and regulations pertaining to the dispensing of public funds to private entities.

He described Duke’s response to remove his PDP deputies as “petty politics – and it is why we are where we are in terms of politics in Trinidad and Tobago; it is regressive and it is backward and it is lagging behind other modern societies.”

He said it is disappointing that Duke would seek to undermine the chief secretary “in a way that is condescending and sort of like a blackmail kind of approach.”

He said Augustine was left with no choice after Duke went public.

Is this obscure cryptocurrency a good buy?

I’ve been a makeup artist for 9 years. Here are 9 drugstore products that perform...