Home Tech Audio The week in audio: Fear of Missing Out; The Past Is a... 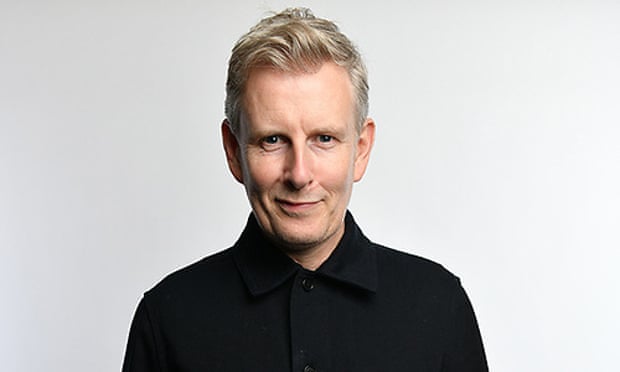 
Fear of Missing Out
The Past Is a Foreign Country, With Peter Curran (BBC Radio 4) | iPlayer
Patrick Kielty (BBC Radio 5 Live) | iPlayer

Like any sensible person, I’ve been ignoring all political coverage this week (it’s amazing how there can be so much political noise and yet nothing important seems to change). And I thought I’d listen to young people for a bit, as they always cheer me up. So here is Fear of Missing Out, produced by the inimitable Jesse Lawson, who worked on the award-winning Vent documentaries, a youth-led series that I loved.

The Fomo title is misleading: these shows are not about the worry that everyone else is out having a good time while you’re stuck at home. Instead, in each half-hour show a 16- to 25-year-old takes a personal look at British history and investigates what they feel is missing, the knowledge they lack. In episode one we meet Atlanta, who spent her early childhood in Uganda, then moved to Glasgow. She wonders about the history she was taught about the UK’s relationship with the countries it colonised. Historians talk Atlanta through the 1884-5 Berlin Conference, which formalised European colonisation; explain how people from Commonwealth countries were supposed to have the same rights as British citizens, but the 1962 Commonwealth Immigration Act changed that; how, in Operation Legacy, the British Colonial Office deliberately destroyed colonised countries’ archives. Atlanta is a thoughtful and intelligent host, with a knack for a telling phrase, and we feel her shock at learning some of these stories. Nice soundscaping, too.

Other episodes will cover homophobia since the 1950s, the Greenham Common/Miners’ Strike/Toxteth Uprising era of activism and more. Even though us oldies might feel we know all the history we need, these shows reveal long-forgotten details. Sixteen-year-old Beth’s episode, which tackles why Protestant and Catholic children in Northern Ireland are taught completely different subjects, is particularly good: any podcast that includes an interview with civil rights activist Bernadette McAliskey is worth your time.

On the subject of Ireland – and pausing to recommend, again, the terrific The Irish Passport podcast, which has a brilliant miniseries on the war of independence – Peter Curran had a lovely piece on Radio 4 last week, The Past Is a Foreign Country. Curran, a Northern Irishman who has lived in England for many years, picked away at what it means to call a place “home” when it hasn’t been your actual home for decades. “Millions of us who left the country of birth… are guilty of social and cultural shamanism,” he says. For Curran, his leaving was especially complicated because when he did so, Belfast was in the middle of the Troubles. One of his close friends, Liam, just weeks after his A-levels, was shot by a UDA gunman. Curran mentions this sectarian murder almost in passing to Arthur, an old friend.

He also speaks to redoubtable drag queen Gerry Walls; to Linda Ervine, who teaches the Irish language to Unionists; to Micky Bradley of the Undertones; and to Bronagh Hinds of the Women’s Coalition, a group that bundled its way into the 1990s peace process talks. Hinds describes how the members of the Women’s Coalition would deliberately not sit together at lunch, but eat at other negotiators’ tables, and use the understanding gained to help bring all sides closer. All Curran’s radio shows are worth a listen, but this show is personal, funny, beautifully scripted, almost elegiac.

Another Northern Irishman, Patrick Kielty, has a new show on 5 Live Saturday mornings. This promises a “feelgood start for the weekend”, and Kielty steadily provided just that: this was an easy-on-the-ear, family-oriented couple of hours. “We wanted our first guest to be a listener,” said Kielty, and Fiona from Inverness stepped up to the mark, topping Kielty’s opening story about travelling solo on a plane with young children with her own tale about her husband’s canary escaping and flying around a cabin.

Next up, 11-year-old Libby was in competition with her mum, Amelia, to see if she could get a sleepover for her friends that very night (she won). It was all delightful, a far gentler listen than many other shows in this slot. No Danny Baker hyper football nuttiness; not even Scott Mills clever-clever bantz. This was as cosy as Radio 2, as warm and comforting as a cup of tea in bed, and Kielty pulled it off with enormous charm.

Though of course, if you were to get all Fomo about it, Kielty has his own political history, as we all know from his exemplary BBC One programme about the killing of his father, 2018’s My Dad, the Peace Deal and Me. Even when we try our hardest to ignore politics and get on with living our lives, politics just won’t leave us alone.

What is accessible makeup? – The Globe and Mail