Women took to the streets on Saturday not in protest but in celebration. The fifth annual Ladyfest music festival transformed Circuit avenue in Oak Bluffs for a day of music, vendors and fundraising for the domestic violence program CONNECT to End Violence.

Co-organizers Rose Guerin and Kelly Feirtag worked for months to get the festival ready, but when the music started playing they had a moment to sit back and listen. 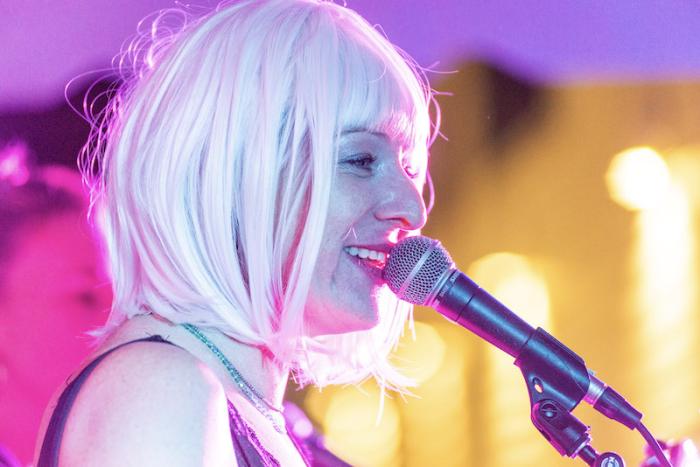 “I’m relieved and grateful,” said Ms. Feirtag, who dressed in a pink sequin jumpsuit for the occasion. “We had a couple of hiccups setting up, but other than that it’s been pretty smooth.”

This was the first year the festival has taken place during the daytime, and Ms. Feirtag hoped that the expanded hours would encourage more family attendance.

“The sun is out, there are more kids around, and I’ve seen a lot of people shopping,” she said. “I think, I hope, it’s going well.” 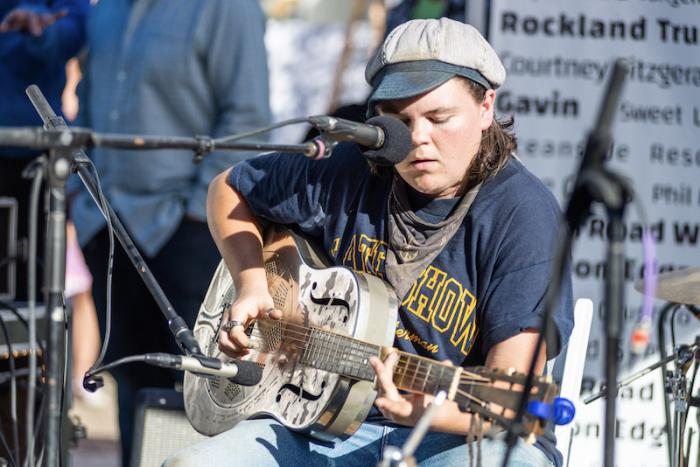 Delanie Pickering rips it up.

The festival kicked off with performances by Casey Hayward, the Space Invaders and the Martha’s Vineyard Regional High School big band and jazz combo, who arrived in style in big yellow school buses. Audiences of all ages watched, danced and filmed the acts, including lively intermission performances by drag queens Patty Bourée and Arabella the Goddess.

For many artists, this was the first time performing at the event, and for some their first time in front of any audience. Ms. Hayward said that Ladyfest was the perfect environment to make her debut.

“It was such a welcoming, supportive environment,” she said. “In other places I might have been nervous, but it had a very inclusive, very inviting feeling.” 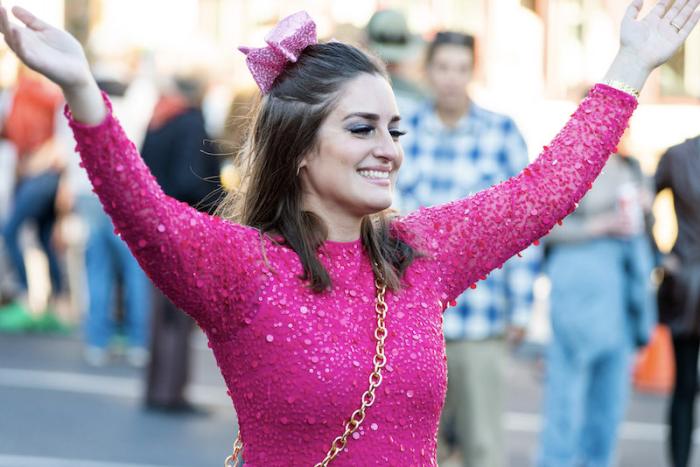 Co-organizer Kelly Feirtag pulls out the pink jumpsuit to celebrate.

Ms. Guerin, a veteran musician on the Island, was especially excited for the chance to showcase new talent.

“Everyone was asking us, ‘Who is this angel?’” she said. “We loved providing that opportunity.”

For every angel, there were also hardcore rock-and-rollers. Prune, the Northampton-based trio made up of bassist Mia Huggins, guitarist Izzy Hagerup, and Island-born drummer Sal McNamara, have only been playing together for a year and a half, but already they dueled onstage like old pros. At one point Ms. Huggins nailed her solo with her instrument over her head, drawing cheers and head-banging from the crowd. 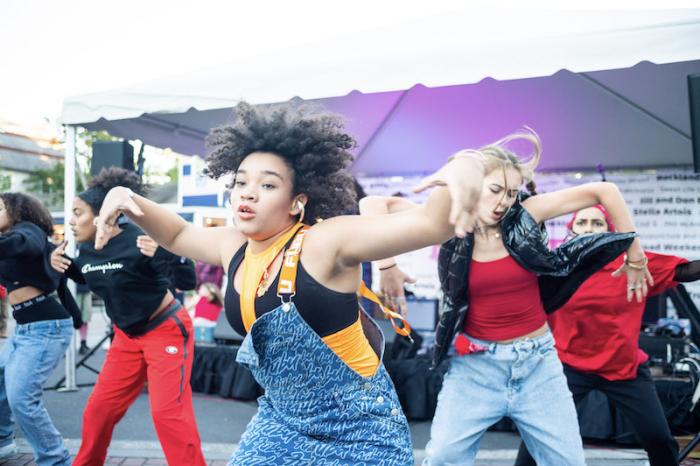 “This is the best outdoor show we’ve ever played,” she said after her set.

Ms. Hagerup agreed, noting that live performances can be a mixed bag.

“There’s an intense vulnerability to it that can either work or not,” she said. “Everyone here was so open and so full of love. When you have a supportive crowd you give it back. It’s electric.” 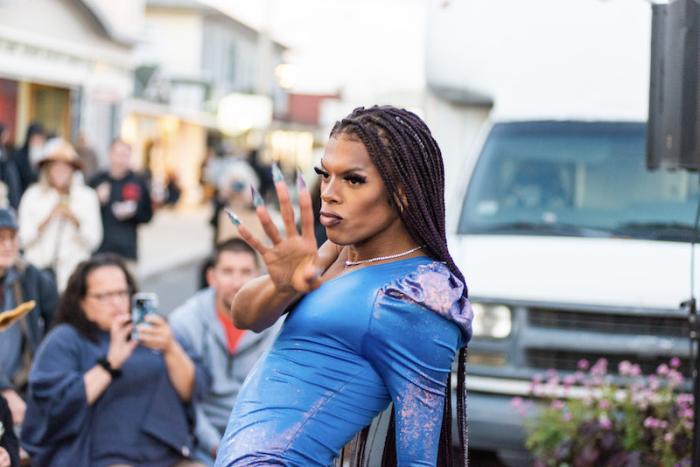 MV Hip Hop sustained the energy, tearing up the pavement with a Nicki Minaj medley. Arabella the Goddess followed with a solo dance to the Beyonce and Madonna remix Break My Soul. True to drag protocol, the performance featured several costume changes and a few dance moves that seemed to defy physical constraints.

“I loved getting here and getting on the Island Queen,” Arabella the Goddess told the crowd. “Like yeah, Sis, you know it.” 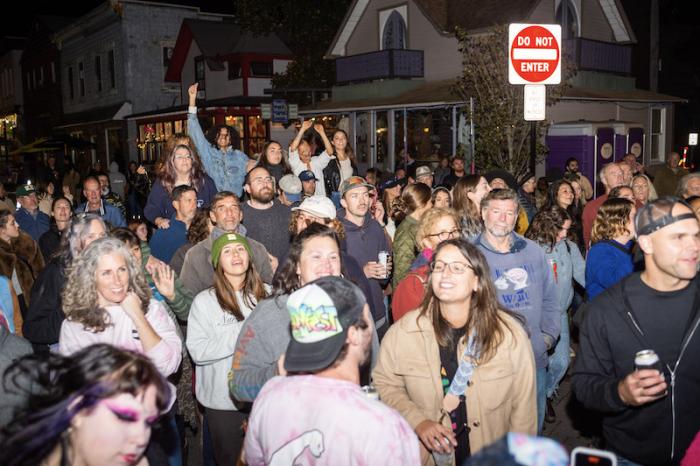 Circuit avenue was the place to be.

As night fell and the stars took to the sky as well as the stage, Ms. Guerin and the Dock Dance Band brought out the hits to keep people dancing, from Girls Just Want to Have Fun to American Girl.

CONNECT’s Laura Oliveira took a moment to thank Ms. Feirtag and Ms. Guerin for their fundraising efforts while volunteers made one last push for donations.

“They had a dream and they kicked it in the ass,” she said.