NOT everyone is into the most popular genres of games such as shooters and action adventure games.

Some people prefer to challenge their minds rather than their fingers, and for these players puzzle or strategy games are just the ticket.

Real-time strategy (RTS) games add a whole new layer to the puzzle by giving a limited time frame in which you have to figure out the right path to ensure victory.

If you’re up for the challenge, here are the best RTS games to try:

Command & Conquer is a long-running and established series of RTS games, and Red Alert is the king among them.

In this game Albert Einstein has used time travel to halt the rise of Hitler and therefore prevent World War 2. 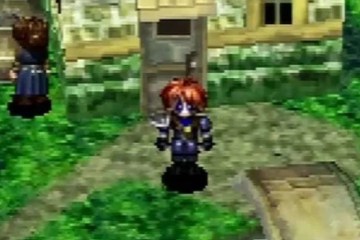 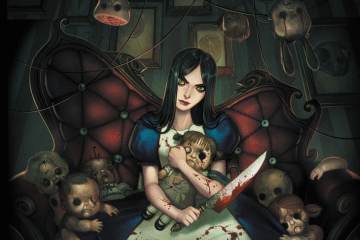 However, this has caused the Soviet Union to become stronger, and it now threatens peace in Europe.

You can choose either side, and battle the enemy using everything from Tesla coils that fire lightning bolts to giant red tanks that flatten the field to take them down.

9. Lord of the Rings: Battle for Middle-earth 2

If you’re a fan of the franchise and prefer a more fantastical approach to your games, then it’s worth giving Battle for Middle-earth 2 a whirl.

This game fits seamlessly in the Lord of the Rings mythos, and feels like an interactive extension to the films.

Characters have a range of different abilities and magic they can use that can be customised individually.

Unfortunately, this one can be a little difficult to get your hands on, but worth it if you can find a copy.

In the style of Battlestar Galactica, your home planet has been destroyed and the only survivors inhabit a fleet of spaceships.

Your role is to ensure your fleet’s safety until you can find a new home to call your own.

The loss of each ship hurts personally, while the growth gained from the completion of a mission is extremely gratifying.

It is the first RTS game to be played in a 3D space, allowing your ships to be placed all around the enemy for devastating attacks.

Dawn of War 2, and similarly Company of Heroes by the same developer, follow a different philosophy to the majority of games on this list.

Instead of collecting resources and building up your base, you focus on smaller troops and heroes that can be upgraded.

If you are a fan of Warhammer 40k, you will recognise the design choices made here, as Space Marines, Orks, and Xenos slaughter each other in brutal battles.

This one can also be played in multiplayer for those who want to take on the challenge with a friend.

No other RTS game gives you a better feeling of being in charge than Supreme Commander.

Usually, the camera is pulled out giving an isometric view, whereas Supreme Commander lets you oversee everything at once, placing you at the centre of your own command station.

Individual units don’t need to be controlled. It is more about optimising your strategy and producing the troops needed to pull it off.

Forged Alliance may not have aged well compared to modern RTS games, but it gives a style of gameplay hardly seen today.

While Warcraft 2 was immensely popular, Reign of Chaos managed to exceed expectations as its sequel.

It implemented RPG elements into its hero characters, allowing you to level them up and change their equipment.

An editor was also integrated allowing you to create your own maps or create fun and complex minigames in-game.

Warcraft 3 requires stamina, as battles can last minutes before the first unit falls. Here you must micromanage your way to victory.

Total Annihilation was the first RTS game to feature 3D models moving on a 3D map, where taking in the high ground is an important strategic decision.

Units can be controlled individually or in groups, and height as well as distance have to be accounted for when firing projectiles.

Supreme Commander and more recently Planetary Annihilation can be seen as spiritual successors to this one, despite it not becoming the cornerstone of the series.

Total Annihilation is over 20 years old at this point, but is still worthwhile for any RTS fans.

Set in World War 2, the main strategy in Company of Heroes isn’t in building your economy by growing complex bases.

Instead, you command small troops to capture and protect areas of the map to generate your income.

The longer your units work for you, the more they level up, unlocking new abilities with improved stats.

From a historical standpoint the story should be taken with a pinch of salt, but the prioritisation of the longevity of your men makes this game stand out.

While two mainline Age of Empires games have been released since, Age of Empires 2 is still considered the best in the series, with the Definitive Edition only improving on its already solid base.

After countless expansions, the game feels vast almost beyond comprehension, and it still boasts a thriving online community.

It’s a steep learning curve for newcomers to the genre, but the Art of War missions offer a better tutorial than any other game in the genre.

If it’s still too difficult there are plenty of cheat codes in the game that will let you shred your enemies with ease.

It’s difficult to describe the influence of StarCraft to those who are not familiar with RTS games.

This game is the reason that Twitch mostly became a place for people to stream games, rather than just chat to their viewers.

Brood War is considered one of the best stories in the genre, with complex characters and exciting twists and turns.

The mechanics are so deep that over a decade on, veterans are still discovering new ways to play. One to play if you are deep into the genre.

Written by Georgina Young on behalf of GLHF.

All the latest Gaming tips and tricks

Looking for tips and tricks across your favourite consoles and games? We have you covered…

Get all of the latest PS5, Xbox and other video game news here