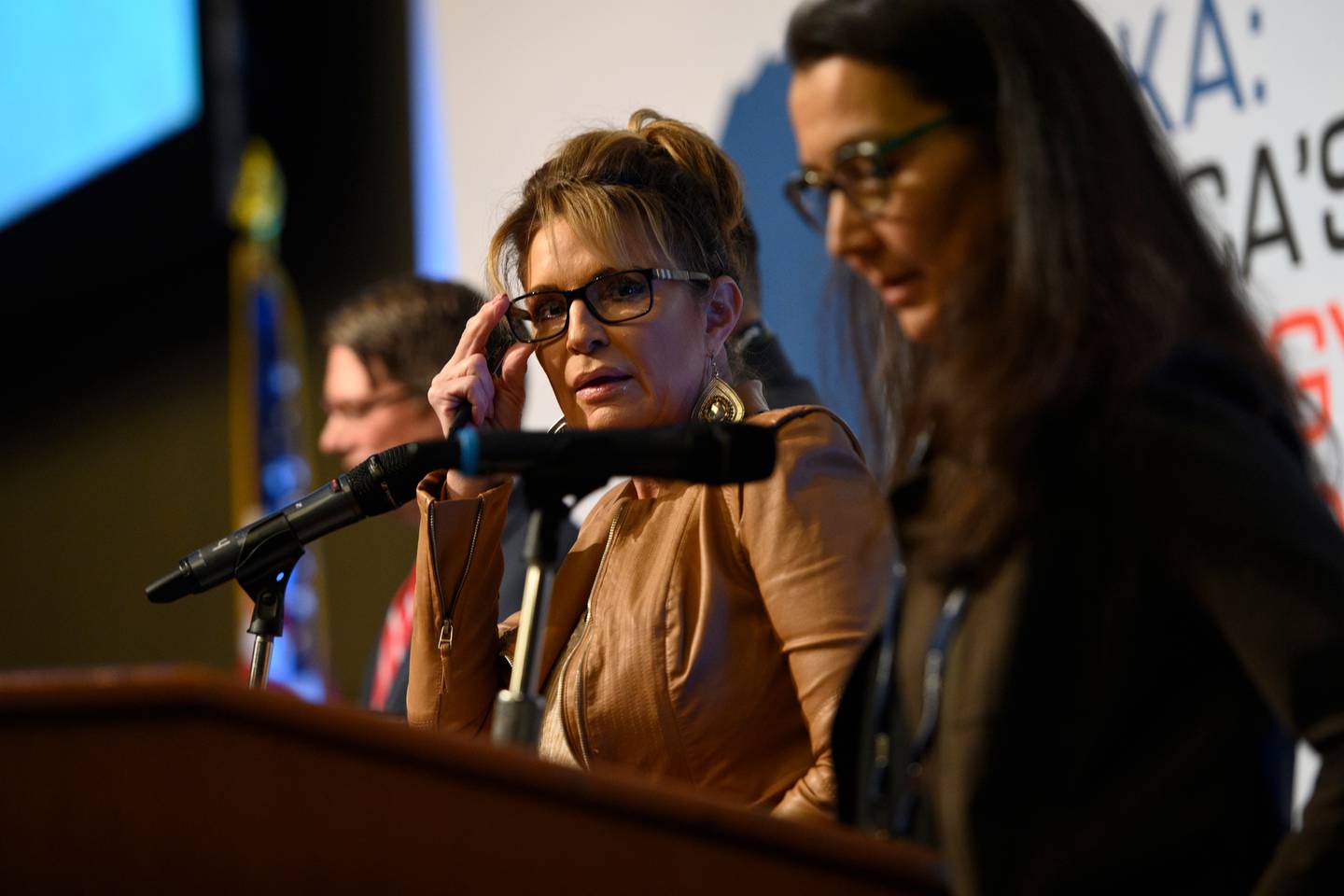 
The spate of defaced political signs around Alaska are hardly a new phenomenon — each fall seems to bring a wave of ugliness, both in the behavior of candidates and an unhinged minority of their supporters. It’s a problem that seems, if anything, to be worsening, as increasingly hyperbolic political language casts electoral consequences as apocalyptic and paints opponents as not only misguided, but evil. To those who buy into the doomsaying, it must seem a small infraction to spray-paint a sign supporting an “enemy” candidate, or to deface it with a pre-made sticker.

There’s a cost to that behavior, however. Part of it is borne by all of us, but a less obvious cost may well be paid by the vandals’ candidate of choice.

The coarsening of our politics

The obvious cost of political vandalism is its role in the war over America’s fundamental principles. As candidates ratchet up their rhetoric, going beyond red-meat speeches to violent metaphors, the perception grows among partisans and disaffected misanthropes that nothing is “off the table” — that is, that any act is excusable in the name of what they see as right.

Sign vandalism is an extension of that mindset, a crime where the perpetrators have convinced themselves that the end justifies the means. The more it happens, and the more people see it, the more it becomes accepted — or at least not off-limits. And that’s how it goes with other degradations of our civic dialogue, too. If it’s OK to stretch the truth as part of a political argument, people rationalize, it’s also OK to share a fake news story or put a hateful bumper sticker on their truck. The line keeps drifting — it becomes “OK” to deface a sign, to threaten a public servant, to do even worse.

But the costs of antisocial political behavior don’t all fall on the public at large. Thanks to Alaska’s new ranked choice voting system, politicians are in the position of appealing to their own supporters, but also in presenting themselves as the second-best option for those who support other candidates, as multi-way races will often be decided by how those second-choice tallies for eliminated candidates shake out. Therefore, candidates who use outrageous negative rhetoric or whose supporters are prone to acts like bullying and sign vandalism are unwittingly shooting themselves in the proverbial foot, as they alienate the very people whose second rankings they need.

We need only look to Alaska’s most recent election for proof of this effect in action. Republicans Sarah Palin and Nick Begich III ran bruising campaigns against not only Democratic candidate Mary Peltola but also each other, each casting the other as ineffective and unpopular. Peltola, by contrast, ran a positive campaign and made a point of asking both Palin and Begich’s supporters for their second rankings. It was an effective strategy — not only did roughly a quarter of Begich’s supporters back Peltola instead of Palin as their second choice, many others were evidently turned off by the negative campaigning and opted to not make a second choice at all. In the end, only half of Begich voters backed Palin in the second round.

Pundits and national politicians have been quick to jump on the result — a win for a Democrat when 60% of voters initially backed someone else — as evidence that ranked choice voting either doesn’t work or is designed to help left-leaning candidates. But if that’s the only takeaway, those who believe it are doomed to repeat the Palin-Begich fiasco by mindlessly employing the old scorched-earth tactics of hardball politics past. The reality is, the special election results delivered on the promise of bringing back civility to our discourse. Peltola’s measured tone won the election — something other candidates in other races should take note of. If candidates continue to alienate those whose support they need to build a winning coalition, their wins will be few and far between. The boost that ranked choice provides to candidates who show they can be civil and work across party lines is a feature, not a bug.

How Natural Disasters Can Change A Politician

Want to Travel the Country of Hungary?