Kevin Sur slunk to town looking for a rock to slip under, but instead found his place in the sun.

In 2003, he was a down-on-his-luck guitarist and songwriter who had invested six years building up the punk band Luckie Strike, so named as a bowling reference.

Bonded by social rejection and the compulsion to express that pain musically, Sur and vocalist Melanie Levy remained independent and ground out success, playing with big bands, touring the U.S. and producing records.

Luckie Strike rolled the bowling equivalent of a 7-10 split when its van, which contained everything they owned and sometimes served as home, was stolen in Dallas. Sur and Levy were forced to raise money for train tickets to get back to their home base of California.

“Bands contributed, even kids in high school were passing around change jars. It was a low point that helped restore faith in a community, because they lifted us up back on our feet, but it also marked a setback that we never really recovered from,” Sur recalls. “We made some decisions – I made some decisions – that I realize in retrospect were the wrong ones. I often look back on those decisions as a teaching tool.”

He chose musically insular Seattle to rebuild his life in large part because it was the one major venue Luckie Strike couldn’t penetrate.

“It was one of the few places I could go where I didn’t know anyone,” he says. “I didn’t really know what I wanted to do, because all I ever wanted to do was that band.” 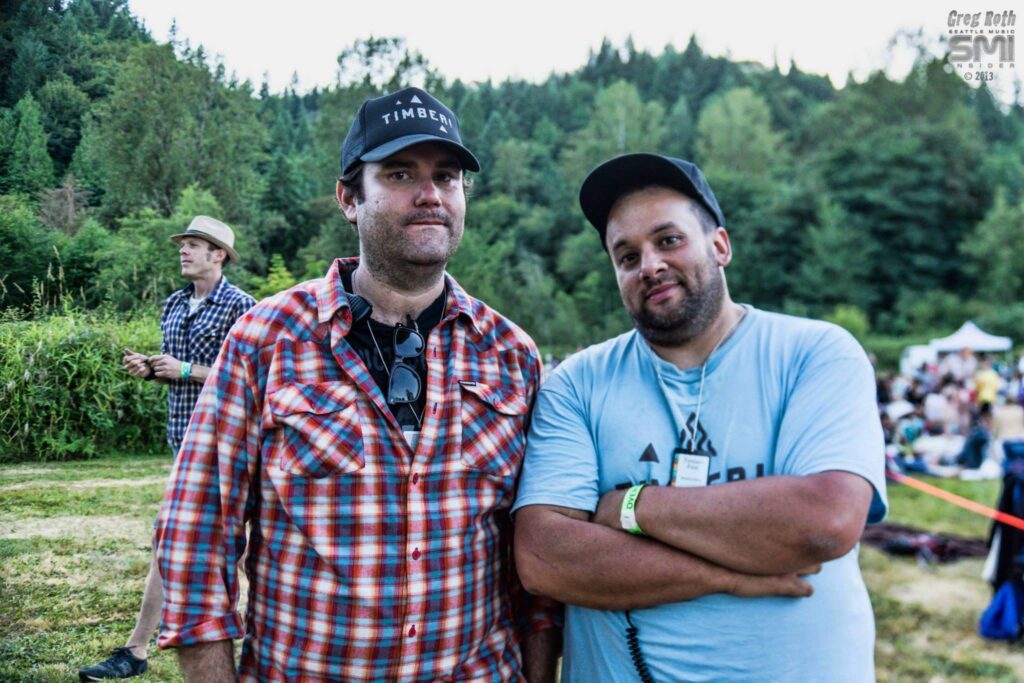 Today, Sur is owner of Artist Home, widely recognized for the popular music festival he founded. Timber! Outdoor Music Festival returned to Carnation, Wash., July 21-23 after a two-year Covid hiatus. A woodsy, quirky, family friendly event, Timber! has launched the career of many of the Northwest’s hottest bands.

But within the musical community, which attracts more than its share of sharks, the soft-spoken Sur, a native Hawaiian, is deeply respected for his pro- bono work in helping struggling musicians, his tireless lobbying on behalf of the industry, his innovative approach to festival curation and his actions to reduce fraud targeting vulnerable artists.

“I tried to be a person in this music community that helped bands along. I learned the industry from a punk community that offered help and knowledge. It was very common for musicians to show up at my door with a CD and ask for advice,” Sur says. “One day my wife said, ‘That thing that you offer for free, why don’t you put a name on it and have it be where you start and where you begin finding your place?’” 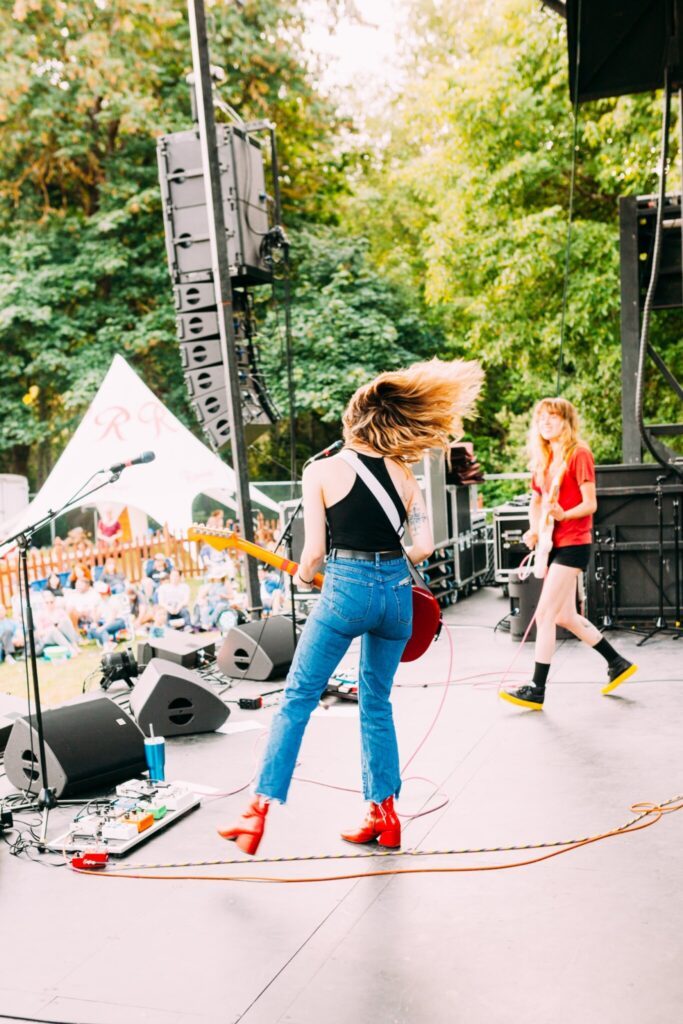 Many of the pivotal moments of Mike Gervais’s life and music career (“Mike and Matty”) would not have happened without Sur’s humble, kindly and shrewd guidance, he says. Sur has helped the act build business as a children’s’ performer and is working with the duo to release a new album this fall, “all because he wants us to succeed, not for his own benefit.”

“He’s also done a lot to highlight and center the diversity in the music scene,” Gervais adds. “He’s got the biggest heart of anyone I know and he’s always available to talk about the real stuff, even in the middle of the night under an apple tree. He’s been a real catalyst for good in my life, and I can’t really imagine where I’d be without his influence.” 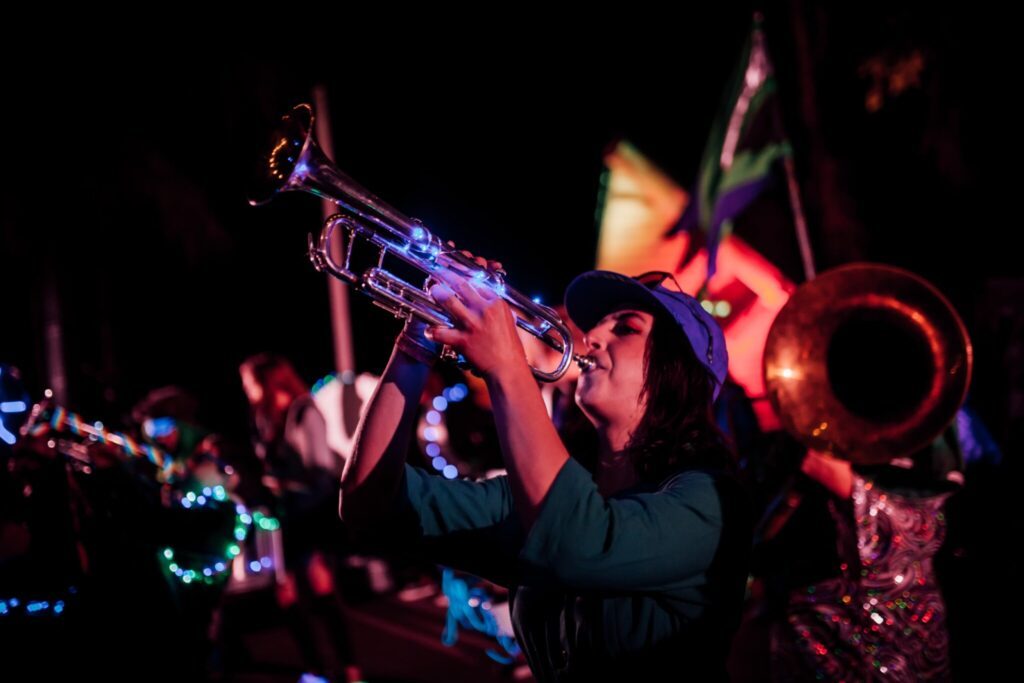 The Filthy FemmeCorp Marching Band played the Timber! Festival in 2019.

Artist Home is highly unusual in its devotion to discovering and launching new talent. It is a pioneer in removing the barriers between the artist and audience, says Kevin Murphy of The Moondoggies, a band he founded in Everett in 2005.

“I appreciate not only the environment of their festivals, but also the wrench they throw in with unique experiences they provide for well-known acts,” he says. “This is very unique to Artist Home and unconventional to the festival experience we’ve been accustomed to our whole lives.”

Devotees of Artist Home events, which include the Timbrrr! Winter Music Festival and a New Year’s Eve party have come to trust Sur’s musical judgment and look forward to having once-in-a-lifetime experiences. Artist Home has been a long-time champion of the local music and arts community and directly contributed to the success of The Black Tones, says band member Eva Walker.

The Seattle rock band shot to prominence after releasing “The Key of Black (They Want us Dead),” a 2018 anthem about police brutality.,

“It’s easy to feel alone and discouraged in this overwhelming time of uncertainty in the world,” Walker says, “but they truly do provide a home for artists.”

Sur launched Artist Home partly in reaction to fraud he uncovered while working as a talent agent. He was in a position to know that some festivals were accepting band submissions – at $20 or $25 a pop – long after they had finalized their lineups.

Artist Home has never charged for submissions, and other festivals have followed suit. “I’d like to think that I had something to do with that,” Sur says.

He was concerned that the pandemic would have culled out many bands, but this year Timber! received its most submissions ever – more than 1,000. It takes several months to work through the submissions, but the hardest part is making the final cut. This year, 198 bands that Sur considered “exceptional” vied for only six open slots.

Courtney Marie Andrews, “The True Loves” and “Delvon Lamarr Organ Trio” are a few of the big names Sur has helped launch. Another band, “The Head and the Heart,” had just a single MySpace page when before it played Timber!

Who will be the breakout artists this summer?

Brittany Davis, a blind, BIPOC and nonbinary Seattle musician with Steve Gossard and Om Jahari influences, “kind of blew us away out of nowhere,” and “Pher,” who recently relocated to the region and performs with Robert Glasper, “has one of the best voices I’ve ever heard in the Northwest,” Sur says. 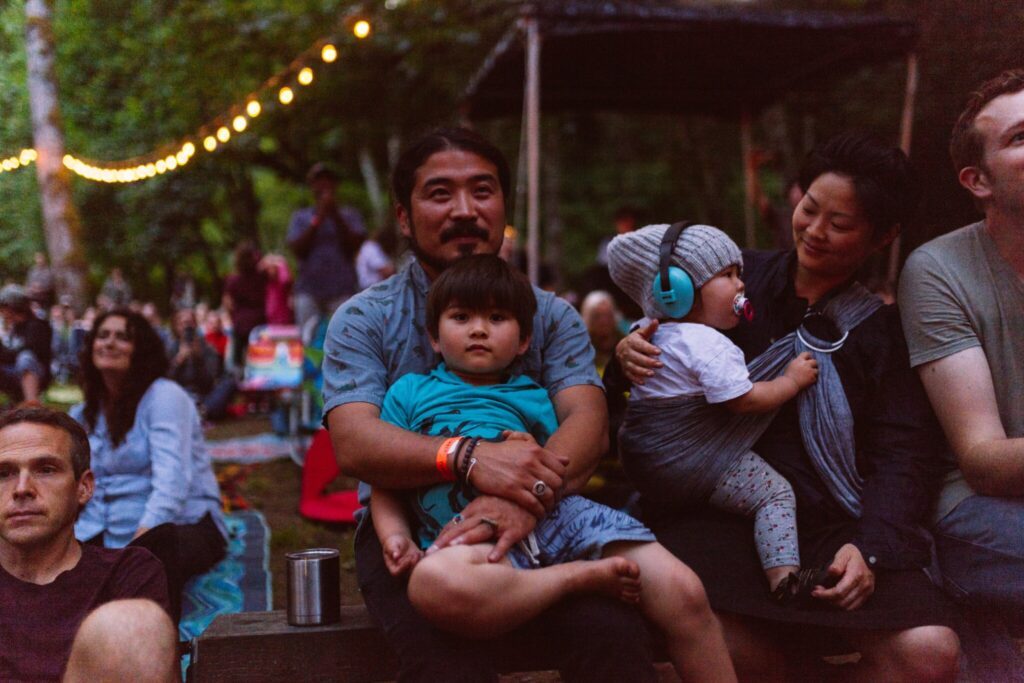 Children are always welcome at concerts produced by Artist Home.

Artist Home clients include bands such as “Rainier Beer,” “R-Day,” “Woodie Guthrie Day” and “King County (CHOMP!)” Timber! creates year-high revenue for many businesses in Carnation, he notes, but the city of Seattle puts up too many roadblocks, “even though we’re based in Seattle and are community- and artist-driven,” Sur says.

“We want people to feel the same way they would feel if they were coming to our backyard for a barbeque. Timber! is very different fromthat every other festival, and we are proud of that,” he says. “It’s safe, it’s open air, it feels like community. Kids under 12 are free because access to live music for young people is very lacking in this state.”

His best advice to aspiring musicians?

“Don’t think of the music industry as something that is hiding behind some veil,” he says. “The music industry is literally everyone around you. It’s your friends, it’s your barista at the coffee shop that’s playing music, it’s the intern at a radio station. It’s everybody that you know, not what everybody makes it out to be.

“You don’t need anyone’s permission to make a musical moment happen, to play, or to drum up an out-of-the-box idea. Don’t let the industry set its expectations for you.”