Home Tech Television The Guide #51: The streaming services worth paying for | Television 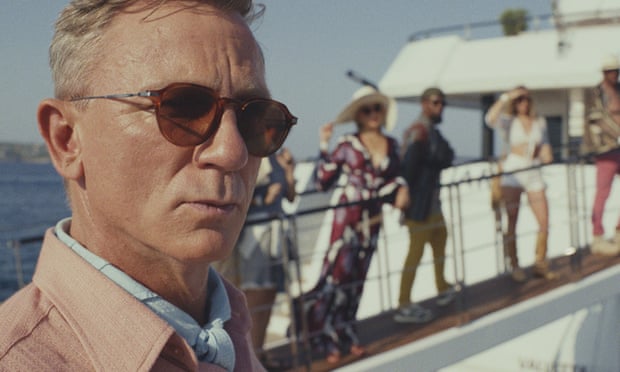 
The BBC is likely to be a fun-free zone, as traditional linear broadcasters in the UK head into a period of respectful seriousness after the death of Queen Elizabeth II. So if you want a distraction, streaming services can pick up the slack. But which one to choose? With a cost of living crisis, you might be thinking of cutting back on a few things, including – alas – some of the many, many streamers. But which should you lose and which should you hold on to?

To help you decide we’ve provided a streaming guide with a difference, highlighting reasons to keep or drop different platforms. There’s a lot of them about of course, so’ve focused on what I’d term “the big five” paid-for services: Netflix, Amazon, Apple TV+, Disney+ and Now TV, avoiding free “terrestrial” platforms like All 4, ITVHub and BBC iPlayer (you may well argue that the latter is far from free, but that’s a discussion for another newsletter). Of course, there are a ton of other streaming services too, some of them very good indeed. We’ll cover those in more detail in the coming weeks. Anyway on with the show …

Reasons to keep it: For many people Netflix is TV, with more programming than you could ever find the time to watch, and, crucially, a sense that everyone else is watching it too (despite those share price drop stories). Could you really live with being on the outside the fevered convos around their much-hyped new show or film?

Reasons to drop it: For all that hype there’s not actually been too much of quality released on Netflix recently. They seem to have leaned into their attention grabbing trash side, serving up endless undercooked teen dramas, tawdry true crime docs and endless air-headed dating shows.

Future incentives: On the film side there’s much-discussed Marilyn Monroe biopic Blonde and Knives Out sequel Glass Onion; on the docuseries side there’s Eat the Rich: The GameStop Saga; on the series side there’s Guillermo del Toro’s anthology series Cabinet of Curiosities; and on the addictive hate-watch side, there’s another season of the truly wretched Emily in Paris.

Reasons to keep it: Two absolutely enormous water-cooler series in Lord of the Rings: The Rings of Power and The Boys, a smattering of sport, including Premier League football and a fair bit of tennis, and a load of interesting curios. Plus add-on channels like the impressive Starzplay – though those will cost extra.

Reasons to drop it: For a streaming service with the heft of one of the world’s biggest companies behind it, Amazon is a bit spotty on actual must-see stuff; you’ll get the occasional giga-series, but not the constant conveyor belt of new programming that some of the other platforms provide.

The best thing on there right now: I’ve banged on about it before, but Patriot is an overlooked TV masterpiece, funny, surreal, intense and sad.

Reasons to keep it: In terms of quality v quantity, Apple have perhaps the best hit rate of any of the platforms here. TV-wise, Severance, Pachinko and Slow Horses will all be in lots of people’s end-of-year lists (including mine). Their film output hasn’t been too shabby either – they became the first streamer to win the best picture Oscar for CODA. Plus it’s strikingly cheap compared with its competitors.

Reasons to drop it: As great as much of Apple’s output is, there’s still not that much of it. There’s a ton of stuff in production, but in the short term the platform looks a little thin.

The best thing on there right now: We’ve discussed Severance enough, so instead let’s go with For All Mankind, Ronald D Moore’s epic alternative history series imagining what would have happened had the Russians won the space race.

Future incentives: Will Ferrell and Ryan Reynolds in A Christmas Carol send-up Spirited, and Charlie Hunnam in epic romantic drama series Shantaram. But the one we’re all really waiting for is Spielberg’s Band of Brothers/The Pacific follow-up, Masters of the Air (no date on that yet, alas).

Reasons to keep it: Disney have been gunning for Netflix’s crown for a while now, amassing a vast library of TV and film since its launch just over two years ago. It’s the only place you can catch the Marvel and Star Wars expanded universes, and boasts some decent quality TV too thanks to its acquisition of Fox, and by extension the great FX channel.

Reasons to drop it: It still feels a little kid-oriented, and there seems to be a prioritisation of endless Marvel and Star Wars series over original ideas.

The best thing on there right now: Reservation Dogs, the wonderful Native American comedy-drama, which should be returning for a second series soon.

Reasons to keep it: Three letters: HBO. This Sky streaming spin-off has access to all the US prestige network’s big hitters, including Game of Thrones prequel House of The Dragon, as well as its all-time classic series like The Sopranos and The Wire. Plus there’s a ton of Sky Originals like The Lazarus Project too. And you get access to Sky’s sport and movie content too – though at an extra cost.

Reasons to drop it: Those old HBO series periodically disappear off the platform due to complicated rights issues, a sickener when you’re halfway through your Deadwood rewatch.

The best thing on there right now: Nathan Fielder’s stunning, excruciating comedy-docuseries The Rehearsal. Warning – there will be cringe.

Future incentives to stay: Pandemic drama This England with Kenneth Branagh as Boris Johnson; A new series of The White Lotus; and on the film side, Kogonada’s twisty sci-fi thriller After Yang.

If you want to read the complete version of this newsletter please subscribe to receive The Guide in your inbox every Friday.

Best gadgets to carry on your next vacation

Bullish sentiment points to a limited short squeeze for gold prices, not a new breakout

Pandemic politics: Fauci praised, pummeled as he announces his exit

4 Ways To Share Audio in Zoom On Phone and PC