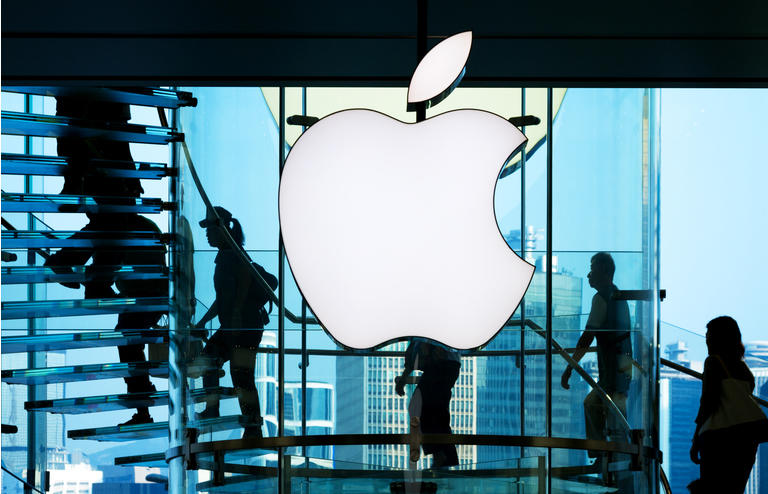 
Some animals are more equal than others. And that’s why whenever Apple (NASDAQ:AAPL) has something to say about the newest models of the iPhone, pretty much everyone stops and listens to the words of Chief Executive Tim Cook & Co.

That was the case this past week, when a little more than 15 years since the first iPhone went on sale, Apple (AAPL) held an event at its Cupertino, California headquarters to show off the the iPhone 14, iPhone 14 Plus, iPhone 14 Pro and iPhone 14 Pro Max, along with updates to the Apple Watch and AirPods Pro. The newest round of iPhones start at $799.

Reaction to Apple’s (AAPL) shindig was mostly positive, as analysts and industry watchers said the company met many expectations, and also put itself in position to have a strong Christmas and holiday season with consumers.

And even with all the ballyhoo that came with the iPhone 14, Apple (AAPL) also found itself dealing with some potentially difficult business issues. The company reportedly cut its shipment forecasts for its MacBook Pro, new Covid-related lockdowns in an area in China potentially threatened production of Apple’s (AAPL) iPads and MacBooks, and by the end of the week, Republican lawmakers warned Apple (AAPL) that it could come under investigation if it uses memory chips by a Chinese semiconductor company.

Elon Musk even got in on Apple’s (AAPL) game, by tweeting that his SpaceX company held talks with Apple (AAPL) about providing satellite communication technology for the iPhone 14.

And there was more regarding Musk and his ongoing fight to get out of his deal to acquire Twitter (NYSE:TWTR) for $44B.

Delaware court Chancellor Kathaleen McCormick denied Musk’s request delay the trial with Twitter (TWTR), which is currently set to begin on October 17, and it was reported that Twitter (TWTR) reached a $7M settlement with whistleblower, and former company executive Pieter Zatko in June.

Google (NASDAQ:GOOG) appeared to show some signs of uncertainty at the company, as Chief Executive Sundar Pichai said job cuts may be necessary in order for Google (GOOG) to meet its productivity targets.

Also, Google (GOOG) is reportedly cutting back employee travel to only “business critical” needs in a sign that it is preparing to manage operations in the event of an economic slowdown.

Snap (SNAP) took some steps forward as details emerged about its restructuring plans and growth targets following what was called a “punch in the face” after its said it would cut 20% of its workforce.

Videogame publishers began their moves to set things up for the end-of-the-year holiday shopping season. Activision Blizzard (ATVI), which is in the process of being acquired by Microsoft (MSFT), said it will hold an event on September 15 to go over details of the next release of its bellwether Call of Duty franchise, while Take-Two Interactive (TTWO) released its NBA 2K23 title. Meanwhile, MKM Partners analyst Eric Handler cut his rating on Electronic Arts (EA) on its lowered growth outlook for 2024.

And at the end of the week, President Joe Biden joined Intel (NASDAQ:INTC) Chief Executive Pat Gelsinger at groundbreaking event for the semiconductor giant’s massive new facility in Ohio. Earlier in the week, Gelsinger said he believes that China won’t attempt to invade Taiwan for at least the next five years.

Food Bank of the Rockies one of many Colorado nonprofits getting a boost from Xcel...