My first taco from Straight Outta Husk was at a private party they were catering. I wandered over, picked up a plate of street tacos and bit into one. “Oh my God,” I moaned around a juicy mouthful of perfectly seasoned carnitas. It was so good. From chatting with Marhen Yee Luevano, the chef and co-owner, I learned that Straight Outta Husk was just about to reopen its first brick-and-mortar counter inside Palama Supermarket at Waimalu Shopping Center in ‘Aiea. I noted it on my phone, adding a couple of exclamation marks. I couldn’t wait to try her food again. 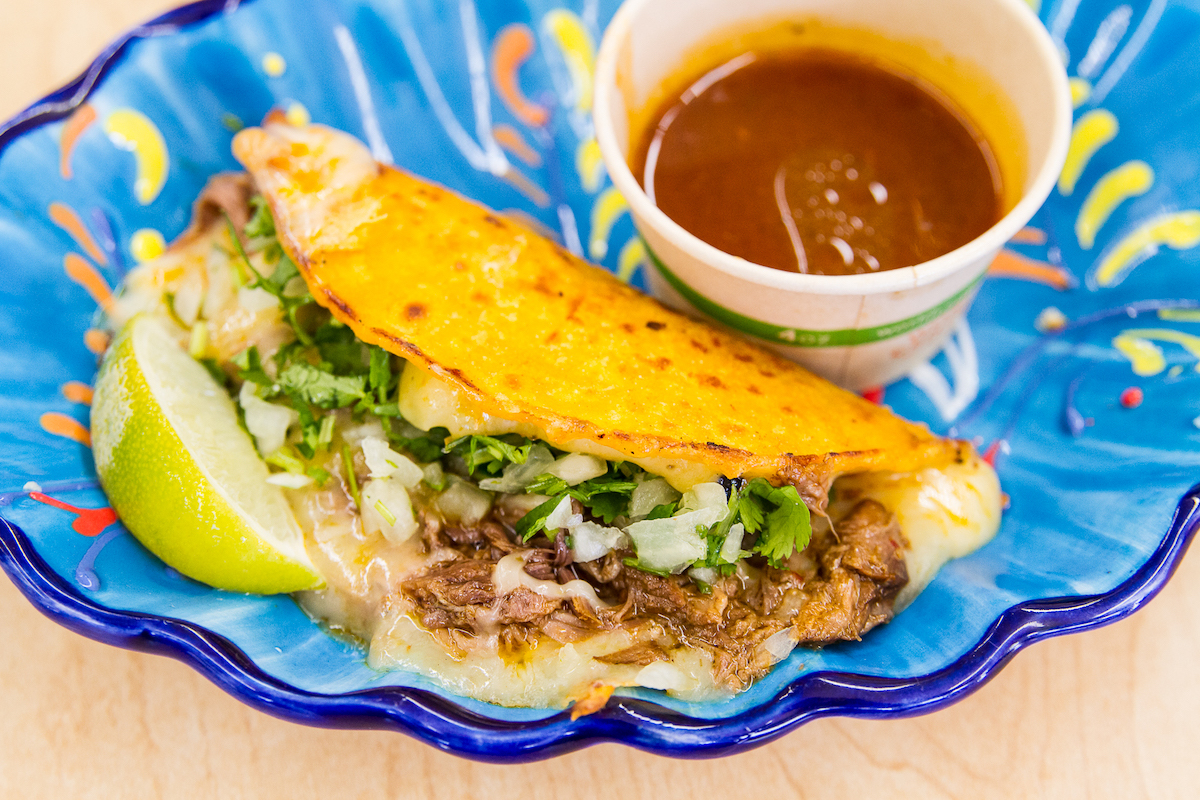 The next time I did was at the colorfully decorated eatery last week. My reaction to the birria-and-cheese taco was exactly the same. I dipped the fried shell stuffed with marinated birria meat, cheese, sauce and fresh herbs into the consommé, bit in and rolled my eyes heavenward. 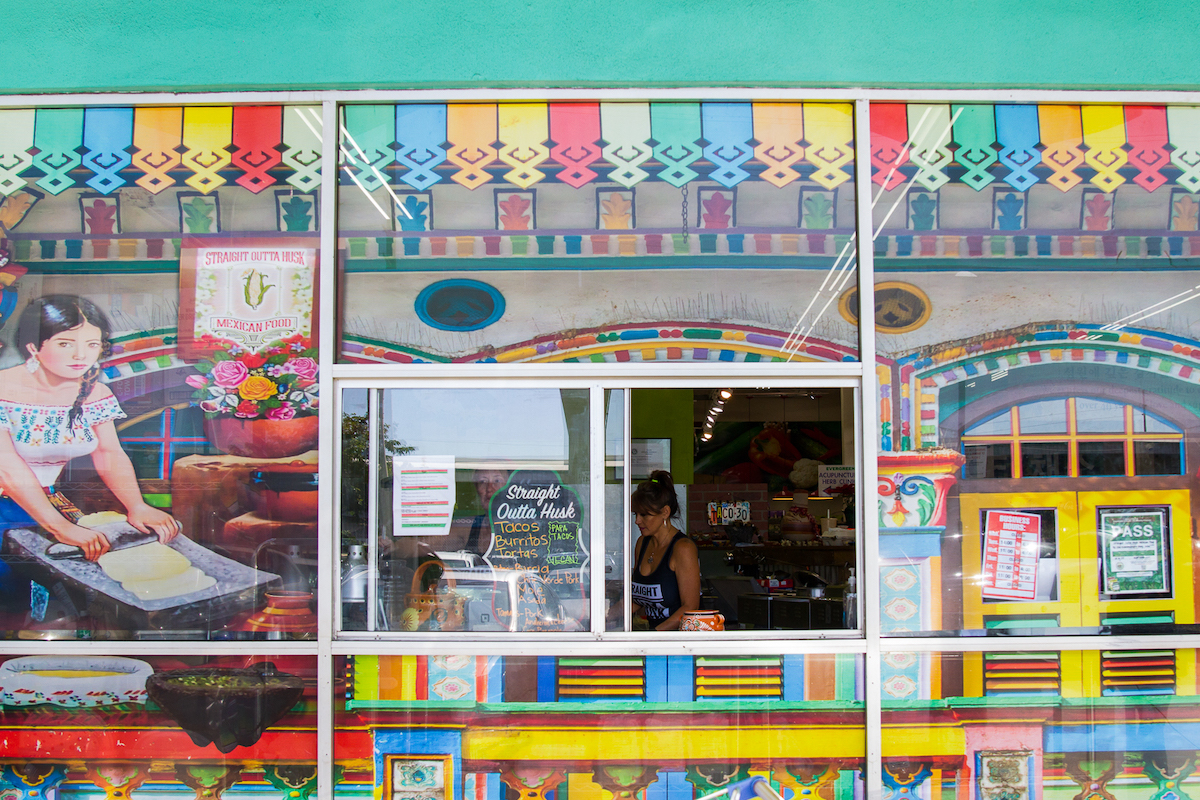 Straight Outta Husk started with tamales and a desire to help the community, says Luevano, who runs the business with her husband Sam Luevano. Born in Tijuana and raised in California, she came to Hawai‘i in 2014 as a military wife. With Sam away on deployments, Luevano started making and selling tamales out of their home to a line of waiting customers; later she made them for the Institute for Human Services to help feed the homeless. Her recipes are from her grandmother, mother and other family members. 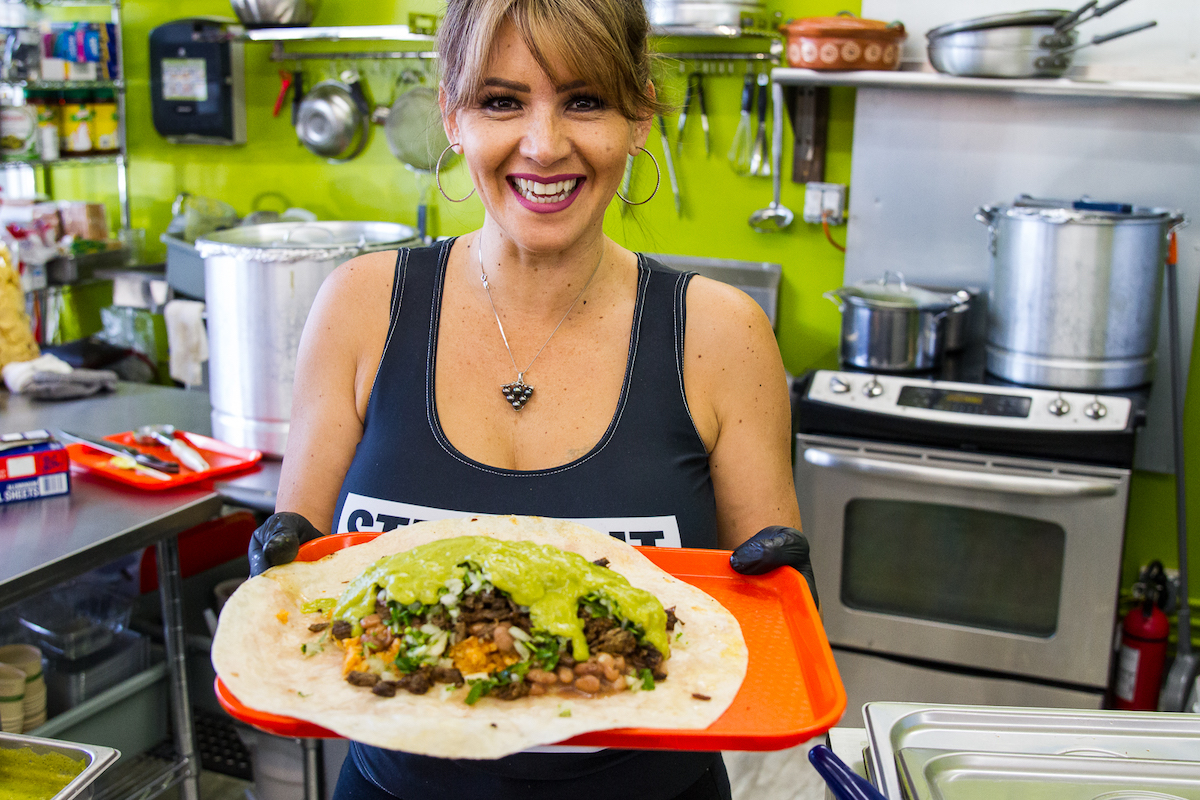 Luevano, who studied to be a medical radiologic technologist, was working in medicine but got laid off when COVID hit. With her husband’s blessing and participation, she switched to making food—and hasn’t looked back. “I could be out there in the medical field, working,” she says, “but even though this is so tiring, I love it.”

Now the Straight Outta Husk team is busy making tamales, burritos, tortas and birria tacos. Other standouts: horchata, made with freshly ground cinnamon bark and a blend of spices. Tamales in your choice of meat or the vegetarian Anaheim pepper and cheese, topped with sauce, feta cheese and cilantro. Massive burritos. Sauce-covered mole tacos—Luevano’s mole puts them on the sweeter, lighter side, “just like they tasted when I was growing up.” 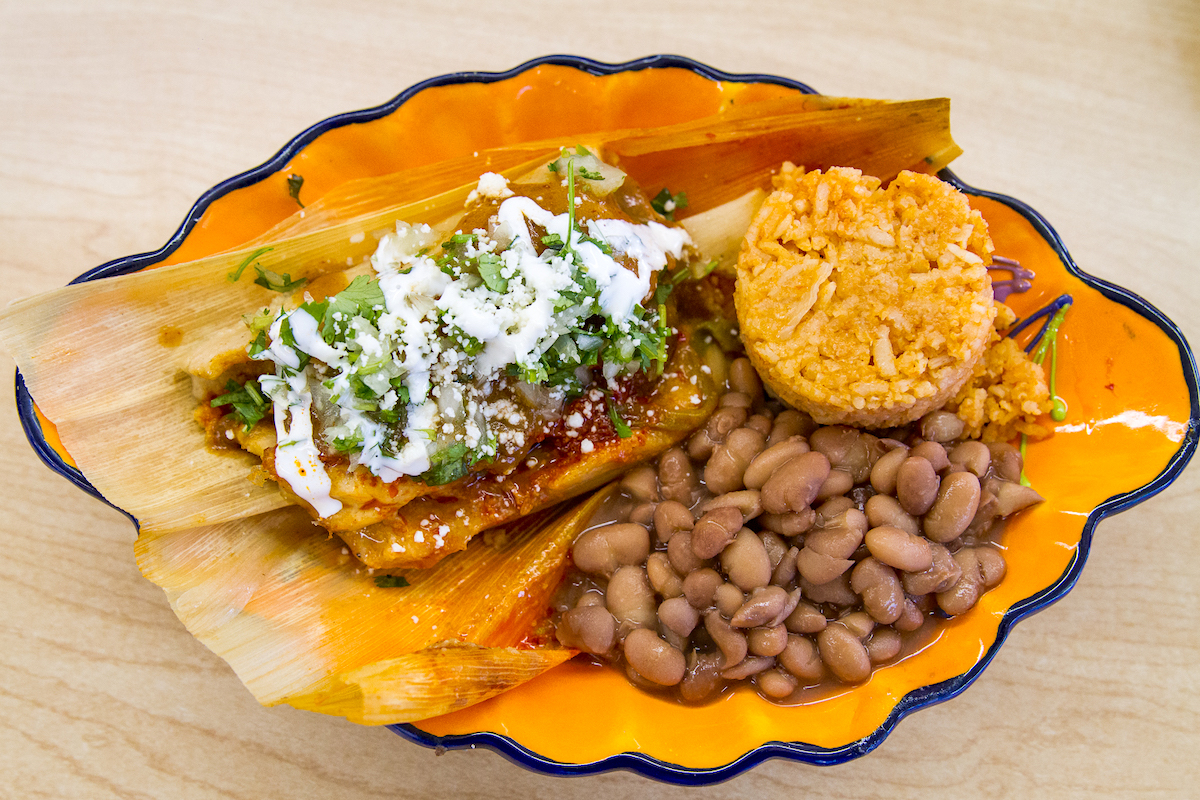 Straight Outta Husk still caters open houses, birthday parties and other events. And Luevano has bigger goals. “I want to reach out to the community and eventually know all the ins and outs of business,” she says. “I want to be a stepping stone to the shelters and provide employment, teach people how to be entrepreneurs.”