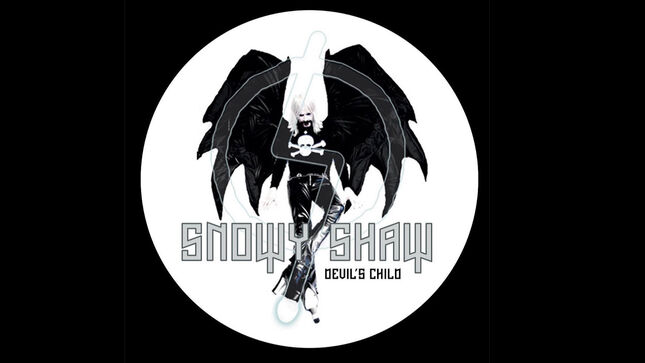 In 2021, renowned multi-instrumentalist and vocalist Snowy Shaw took upon himself to record and release one single song per month digitally through all streaming services, and then after Christmas of that year came the whole collection on full-length double LP & CD under the moniker of This Is Heavy Metal, Plain & Simple, plus several bonus tracks.

Every song was done separately in Snowy’s Hellhaus Studio and each song featured a special guest-star appearance (or more). This album was in essence a tribute to the music that formed and shaped our lives and therefore he took upon himself to invite an array of his teenage heroes, living legends, former bandmates and friends to participate on specifically selected tracks on vocals, duets or with a guest guitar solo, etc.

Anyhow, now it’s been a while and he thought it’d be a good idea to also put out the aforementioned bonus tracks as a digital EP, slightly modified and remixed, but after some consideration he opted to repeat a similar method as with the 12 songs. So here we’re looking at five separate single releases roughly every three weeks until Christmas 2022.

All music & lyrics written, produced, recorded and performed by Snowy Shaw. Mixed by Fredrik Nordström, Johan Forsman and himself. As usual all the designs and artwork were done by Snowy himself.

This week we have “Devil’s Child”. Says Snowy: “‘Devil’s Child’ is a song I’ve had lying around since 2006 intended for one of my many other former bands, and that I now finalized during the pandemic where I also invited one of my childhood heroes, the female rocker Suzi Quatro for a guest appearance duet. One of the main lyrical lines is “Can’t you see – the Devil in Me” which coincidentally was the title of her new album which may have caused confusion and conflict of interest according to her label. Instead the female counterpart in the duet landed on the impressive German rising star Elli Berlin, who did an amazing job. Happy ending!”

Devil’s Child is available on all streaming platforms right now. Listen below: