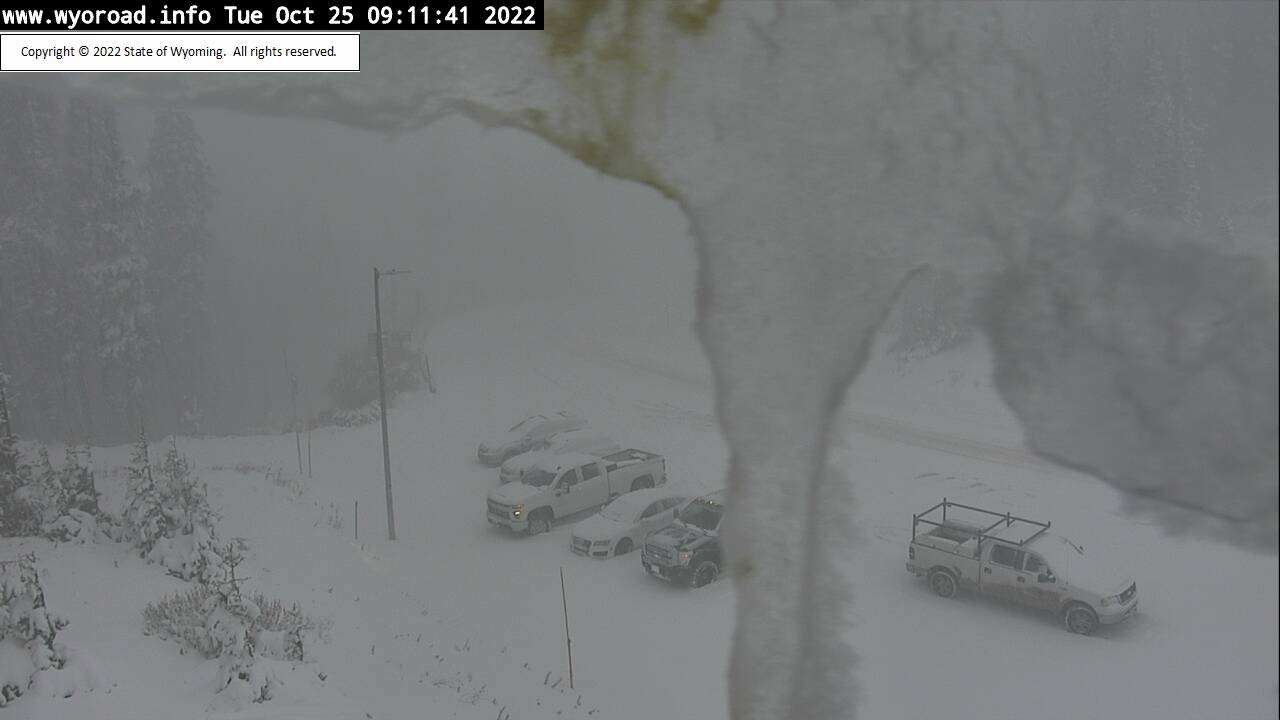 CASPER, Wyo. — Snowfall is impacting travel on some highways in western Wyoming on Tuesday morning.

Chain Law – Level 1 is in effect as of 9:15 a.m. Tuesday over Teton Pass on Wyoming Highway 22 between Wilson and the Idaho State Line, according to the Wyoming Department of Transportation. A no unnecessary travel advisory is in effect on U.S. Highway 26 and U.S. 287 between the East boundary of Grand Teton National Park and Lava Mountain Lodge. Real-time road condition information is available from WYDOT.

Snow showers are expected to taper off in western Wyoming by early Tuesday afternoon though isolated showers could continue. Light snow is expected in the Bighorn Mountains, according to the National Weather Service in Riverton.

Casper has a 20% chance of rain and snow showers on Tuesday, the NWS in Riverton forecasts.

On Wednesday, another round of light to moderate snow is expected in western Wyoming with scattered light showers expected in central and southern portions of the NWS in Riverton’s forecast area on Wednesday night.

Casper can expect a high near 51 degrees on Wednesday with 34 mph wind gusts possible. Casper has a 20% chance of rain and snow on Wednesday night.

On Saturday, Casper is expected to reach a high near 56 degrees followed by a high near 57 degrees on Sunday.

On Halloween, Casper’s high is forecast near 55 degrees with breezy conditions expected.