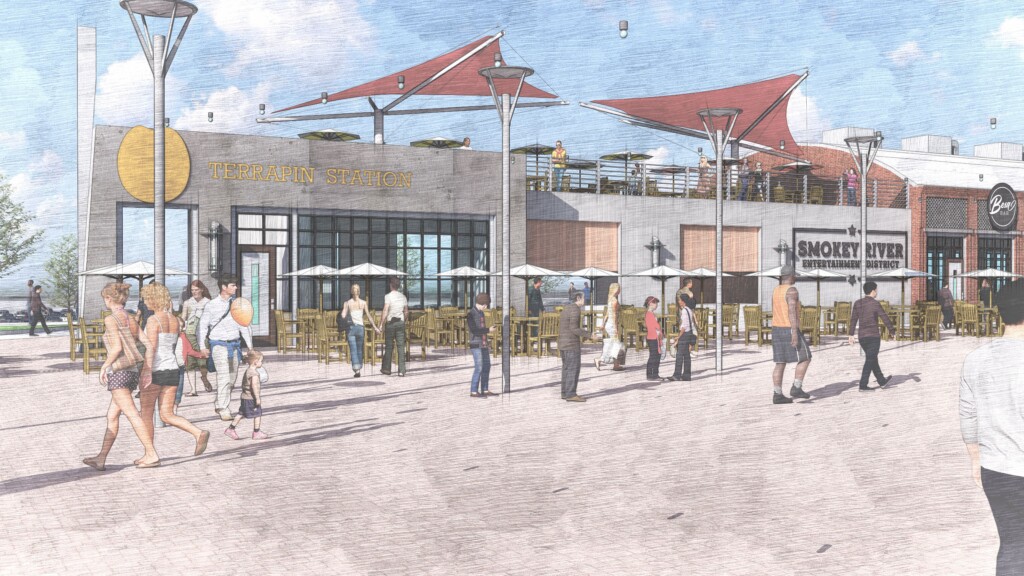 The operators of medical marijuana hospitality group BesaMe Wellness, Joey Pintozzi and Bobby Lessany, are developing a multifaceted entertainment venue along the scenic Missouri River called the Smokey River Entertainment District. Development is underway on the new space, which will showcase music, artwork, cuisine, and more at its events. The venue is located off 291 Highway in River Bend, MO, just east of downtown Kansas City.

The Smokey River Entertainment District will feature an outdoor amphitheater, an indoor club for dining and drinking, and designated cannabis consumption lounges.

Operator Joey Pintozzi is from the Kansas City area originally, and he is the former owner of KC venue The Static Bar. He then spent over 15 years operating bars and nightclubs in Las Vegas’s nightlife scene before working at Hard Rock in southern Florida. After the pandemic, Pintozzi found himself returning to his Kansas City roots, and he founded BesaMe Wellness in response to the state’s new need for medical cannabis.

BesaMe’s mission, according to Pintozzi, is “normalizing cannabis through hospitality.” He partnered up with Lessany, who has a history of managing and operating nightlife venues in Dubai, Houston, and Las Vegas, and they brought their vision to life with BesaMe Wellness.

“We want cannabis to be the product,” Pintozzi says, “but we want the experience to be how we treat people.”

When Pintozzi saw the available space in River Bend, he had the idea to expand BesaMe Wellness with the Smokey River Entertainment District. The space struck Pintozzi as an opportunity not only to provide a needed new venue for entertainment and arts in Kansas City but also to further BesaMe’s mission of normalizing cannabis now that recreational cannabis has been legalized in Missouri.

“Just like alcohol and tobacco, you’re going to have designated areas where you can legally consume and be yourself, where you can have that normalization,” Pintozzi says of the new venue space. “It’s not just an entertainment district that has legal cannabis. If you don’t want to be around it, you don’t have to be around it.”

The Smokey River Entertainment District is kicking off with the Smokey River 420 Festival on—you guessed it—April 20. This will be the first festival in the state of Missouri that pays homage to legal cannabis, according to Pintozzi.

“We’re going to produce a large concert and have about a 10,000-person capacity,” Pintozzi says. “And to the side of the amphitheater, we’re creating a vendor village that will feature cannabis and cannabis brands.”

Other events in the works include a Fourth of July festival honoring veterans and an end-of-summer festival, with the date to be determined.

“You can bring the family out if you want. They don’t have to be around cannabis. But if you do, it’s right there,” Pintozzi says. “We’re going to have a very safe, responsible area that features all these options for people.”

By 2024, the Smokey River Entertainment District plans to implement an indoor music hall as well, and frequent Riverwalk events featuring food and beverage concepts, outdoor art walks and music events, and accommodations for the family such as a skate park and playground and, potentially, an Esports lounge.

Pintozzi calls the Smokey River Entertainment District “progress not just for us, but for the country as well. We want it to be responsible and safe.”