Indian equity benchmarks fell in choppy trade on Friday amid mixed global cues, as investors weighed optimism on corporate earnings against concerns about a recession in the world’s largest economy and more of aggressive hikes in key interest rates dented investor sentiment. 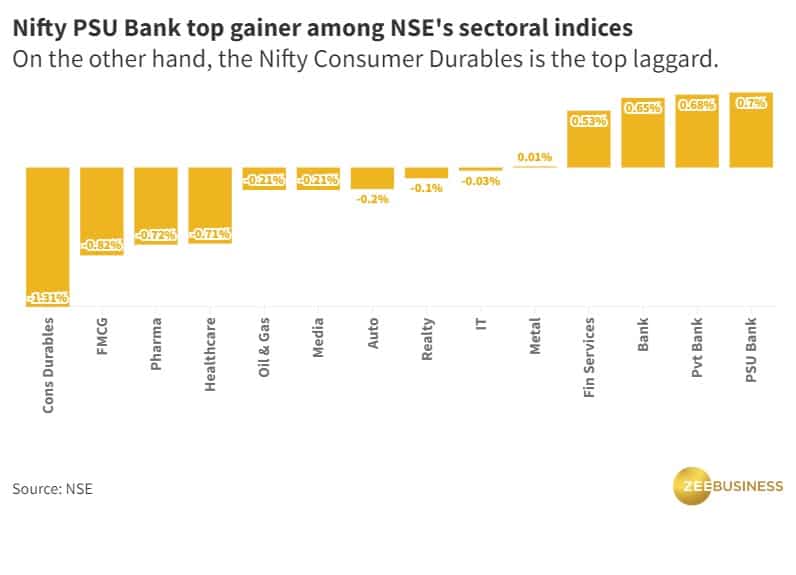 Thirty one stocks in the Nifty50 basket struggled below the flatline in early deals. Hindustan Unilever, Sun Pharma, Nestle, Hero MotoCorp, Asian Paints, Titan, Reliance, UPL, Bharti Airtel and Britannia — trading between 0.7 per cent and 2.9 per cent lower — were the top laggards.

On the other hand, Coal India, HDFC Bank, HDFC, Adani Ports, PowerGrid, IndusInd, SBI, Tata Motors, ICICI Bank and Tata Steel were the top gainers, qupting between 0.3 per cent and 1.4 per cent higher.

Gains in the HDFC twins and ICICI Bank supported the headline indices, but losses in Reliance, Infosys and Hindustan Unilever played spoilsport.

Overall market breadth favoured the bulls, as 1,614 stocks were up and 1,134 down in early deals on BSE.

Hindustan Unilever shares faced selling pressure even as the FMCG major reported a set of earnings that were in line with analysts’ estimates.

Analysts awaited more of financial results from India Inc for domestic cues, with Reliance, JSW Steel, HDFC Life, RBL Bank and Bandhan Bank among the corporates due to report their quarterly numbers later on Friday.

“The Nifty is likely to remain in the narrow band of 17,800-18,200 in the absence of major triggers. FIIs turning buyers is a major support at 17800… Large Q3 results from the likes of RIL, ICICI Bank and Kotak Mahindra Bank have to be closely watched for indications,” said VK Vijayakumar, Chief Investment Strategist at Geojit Financial Services.

Shares in other Asian markets saw cautious gains, following a weak handover from Wall Street overnight, with MSCI’s broadest index of Asia Pacific shares outside Japan rising 0.4 per cent at the last count. Japan’s Nikkei 225 was up 0.2 per cent and China’s Shanghai Composite up 0.6 per cent, but South Korea’s KOSPI was down 0.2 per cent and Singapore’s Straits Times down 0.1 per cent.

S&P 500 futures were up 0.3 per cent, suggesting a positive start ahead on Wall Street. On Thursday, the S&P 500 and the Dow Jones fell 0.8 per cent each, and the Nasdaq Composite dropped one per cent.