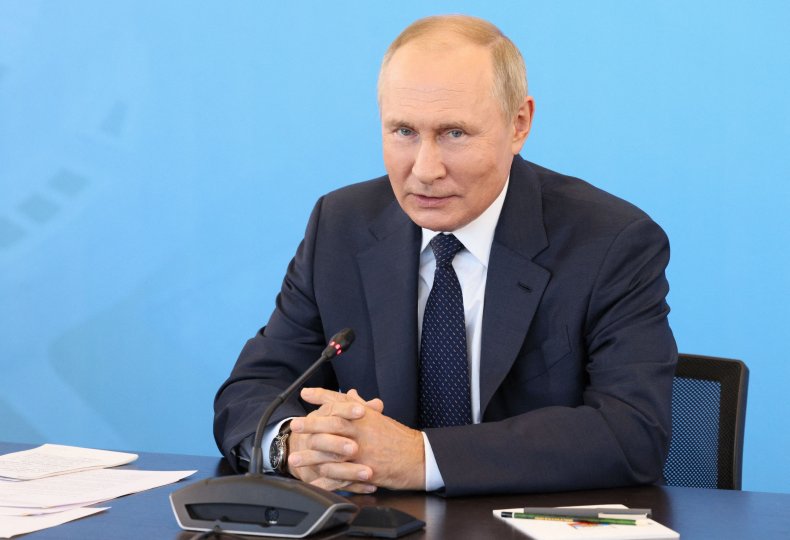 
As the world speculates about the seriousness of Russian President Vladimir Putin’s recent nuclear threat, one Russian citizen says the only thing stopping Putin from starting a nuclear war is a personal fear of what could follow.

In an interview with The Atlantic, 38-year-old Anton Shalaev, who recently fled Russia in the wake of Putin’s conscription announcement, said that when the invasion of Ukraine began, “it became clear to me that the old man [Putin] had nothing to lose.”

“He is a psychopath and does not care what happens to us all, to our economy, to our future,” Shalaev said. “My only hope is that he has some instinct for self-protection that will stop him from nuking us all.”

On Wednesday, Putin sparked international concern that the Kremlin might launch a nuclear attack as the war in Ukraine escalated again after Russia announced a “partial mobilization” of some 300,000 reservists. In response, waves of Russian men have fled the country to avoid being drafted into the war.

In a rare pre-taped address, Putin addressed the nation, accusing Ukraine’s Western allies of blackmailing Russia with nuclear weapons and warning that “the winds can also turn in their direction.”

“If Russia feels its territorial integrity is threatened, we will use all defense methods at our disposal, and this is not a bluff,” Putin said.

The Russian president’s remarks sent intelligence and defense officials rushing to issue reassurance that Moscow wouldn’t escalate the war to that level at this time, although some have expressed concern that authorities may be underestimating Putin.

The Russian public’s response to this week’s developments has signaled that most citizens are unwilling to go to war for Putin.

Shalaev, for example, vowed to never fight in the war in Ukraine.

“I would rather go to prison than go to fight against the Ukrainian army. I openly embrace my antiwar position. I urge my social media followers to donate to Ukrainians,” he said. “This entire war is a crime against humanity.”

Shalaev described Russia’s leaders as his “personal enemies” who “steal my country from me, occupy foreign territories, and kill innocent people.”

“A few old men and an army of zombies are leading us to hell,” he said. “I say that because people around me in Russia behaved as if they had been bitten by a zombie, dragging my entire country into a dreadful war. All I saw was Russian loser husbands beating their wives, while the entire rotting house of the state system has turned my people into an army of the dead.”

Apple concerned as India tries to push NavIC, its own GPS system