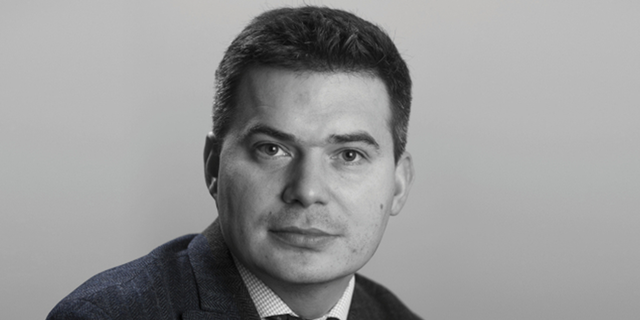 Ivan Pechorin, a managing director for the aviation industry at the Corporation for the Development of the Far East and the Arctic, died after reportedly falling from a speeding boat off the coast of Vladivostok on Saturday night, the latest in a string of mysterious deaths among the Russian elite.

The Corporation for the Development of the Far East and the Arctic announced his “tragic death” on Monday.

“The death of Ivan is an irreparable loss for friends and colleagues, a great loss for the corporation,” the corporation said. “We offer our sincere condolences to family and friends.”

Pravda.ru, a pro-Kremlin news outlet, reported that Pechorin and a group of friends were “already tipsy” when they boarded a boat on Saturday evening on Russky Island, near the far eastern city of Vladivostok.

Pechorin fell off a front deck of the boat about 40 minutes into the trip, according to Pravda.ru. His body washed up on Russky Island on Monday.

Pechorin’s death could be a tragic accident or a “tragic accident,” according to Rebekah Koffler, a former Defense Intelligence Agency officer and author of “Putin’s Playbook: Russia’s Secret Plan to Defeat America.”

“It is entirely plausible that Pechorin fell into the sea from the boat when it was rocking because he was drunk. Having drinking parties aboard of a boat, swimming in the sea under the influence in the dark — all of that is consistent with how Russian oligarchs entertain themselves. But it also makes for a believable cover story,” Koffler told Fox News Digital.

“The truth is unlikely to be discovered because Russian investigations cannot be trusted. If this was a hit job, it would be made to look exactly like a tragic accident.”

UKRAINE WARNS RUSSIA IT INTENDS TO TAKE BACK CRIMEA

Pechorin moderated a discussion at the Eastern Economic Forum in Vladivostok last Wednesday about expanding aviation access to the Far East.

On that same day, Putin also traveled to Vladivostok to address the Eastern Economic Forum.

“We have not lost anything and will not lose anything. In terms of what we have gained, I can say that the main gain has been the strengthening of our sovereignty,” Putin said at the conference about the Ukraine war, according to a translation by Reuters.

Russia’s President Vladimir Putin (L) and Chairman of the Board of Directors of Oil Company Lukoil Ravil Maganov (R) pose for a photo during an awarding ceremony at the Kremlin in Moscow on November 21, 2019.
(MIKHAIL KLIMENTYEV/SPUTNIK/AFP via Getty Images)

Pechorin is the latest member of Russia’s elite to die under murky circumstances.

Ravil Maganov, the chairman of Russian oil giant Lukoil, died two weeks ago after reportedly falling from a hospital window in Moscow. Tass, a state-run news agency, reported that he committed suicide, while his company said that he “passed away after a severe illness.”

Lukoil was one of the few companies to speak out against Russia’s invasion of Ukraine, calling it a “tragedy” in the early days of the war and expressing sympathy for the victims.

Rapaport left Russia in 2012 because of his support for political prisoner Alexei Navalny. He frequently expressed support for Ukraine on social media, calling Putin an “evil, corrupt, deceitful and dangerous man.”

Paul Best is a reporter for Fox News Digital. Story tips can be sent to [email protected] and on Twitter: @KincaidBest.

Typhoon Noru smashes into the Philippines, killing 5 and leaving villages in tatters

How the world’s billionaires are paying to escape global disaster