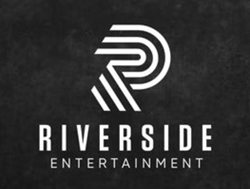 “… To be recognized by such a prestigious list and in the company of such next generation entrepreneurs is an honor. We look forward to Riverside’s continued growth in production services and further expansion into original content and IP.”

Award-winning production company and creative studio Riverside Entertainment was included when Inc. Magazine unveiled its annual Inc. 5000 list, the most prestigious ranking of the fastest-growing private companies in America. The list represents a one-of-a-kind look at the most successful companies within the economy’s most dynamic segment—its independent businesses. Facebook, Chobani, Under Armour, Microsoft, Patagonia, and many other well-known names gained their first national exposure as honorees on the Inc. 5000.

“We have been privileged to collaborate with so many established brands, networks and talent,” stated Riverside’s Brian Loschiavo. “To be recognized by such a prestigious list and in the company of such next generation entrepreneurs is an honor. We look forward to Riverside’s continued growth in production services and further expansion into original content and IP.”

Complete results of the Inc. 5000, including company profiles and an interactive database that can be sorted by industry, region, and other criteria, can be found at http://www.inc.com/inc5000.

The companies on the 2022 Inc. 5000 not only have been successful, but also demonstrated resilience amid supply chain woes, labor shortages, and the ongoing impact of Covid-19.

“The accomplishment of building one of the fastest-growing companies in the U.S., in light of recent economic roadblocks, cannot be overstated,” says Scott Omelianuk, Editor-in-Chief of Inc. “We’re thrilled to honor the companies that have established themselves through innovation, hard work, and rising to the challenges of today.”

Companies on the 2022 Inc. 5000 are ranked according to percentage revenue growth from 2018 to 2021. To qualify, companies must have been founded and generating revenue by March 31, 2018. They must be U.S.-based, privately held, for-profit, and independent—not subsidiaries or divisions of other companies—as of December 31, 2021. (Since then, some on the list may have gone public or been acquired.) The minimum revenue required for 2018 is $100,000; the minimum for 2021 is $2 million. As always, Inc. reserves the right to decline applicants for subjective reasons. Growth rates used to determine company rankings were calculated to four decimal places. The top 500 companies on the Inc. 5000 are featured in Inc. magazine’s September issue. The entire Inc. 5000 can be found at http://www.inc.com/inc5000.

Based in Los Angeles and Nashville and led by partners Brian Loschiavo, Jeff Molyneaux and Pastor Alvarado, Riverside Entertainment is an award-winning development and production company specializing in commercial, unscripted and scripted content. Past and current projects include feature music docs Bluebird (premiered at SXSW) and Midland: The Sonic Ranch (released by CMT), women’s tackle football doc First Down (premiered at Outfest), as well as series such as Magnolia’s “Making Modern with Brooke and Brice,” ABC’s “On the Record,” and DisneyPlus’ “Disney Insider,” which peels back the curtain of The Walt Disney Company like never before. The rising studio recently announced their participation in the feature film, Manodrome, starring Jesse Eisenberg and Adrien Brody, slated for a 2023 release.