Home News World News Queen Elizabeth II: The significance of the photo used by the royal... 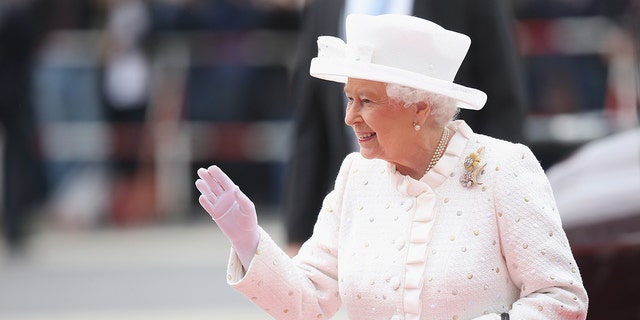 Queen Elizabeth II was preparing for her 80th birthday when she was photographed in 2006 by then-81-year-old Jane Bown.

Bown captured the queen at Buckingham Palace looking serene, sitting with a slight smile on her face as she gazes beyond the camera. The picture was taken in February of that year, weeks before she turned 80 on April 21.

“Queen Elizabeth II selected Jane Bown to take a photographic portrait at the start of her eightieth birthday year. Bown (a fellow octogenarian) worked as a professional photographer since the late 1940s,” the image’s description from the Royal Collection Trust said, according to People Magazine.

The Royal Collection Trust’s description of the photo says: “Photograph of a head and shoulder length portrait Queen Elizabeth II (b.1926) seated facing right, her head slightly turned towards the camera. She gazes ahead and smiles. She wears a three strand pearl necklace, pearl stud earrings, a light colour jacket and a light colour blouse.”

Queen Elizabeth II waves to students as she arrives to attend the Queen’s Lecture at the Technical University on the second of the royal couple’s four-day visit to Germany on June 24, 2015, in Berlin, Germany.
(Sean Gallup/Getty Images)

The queen died on Thursday at Balmoral Castle in Scotland at the age of 96. She is the longest-reigning British monarch in history.

Although Bown reportedly self-deprecatingly called herself a “hack” once in front of the queen, she was awarded a CBE and MBE during her career (Order of the British Empire awards) “for her outstanding contribution to photography,” according to the National Portrait Gallery and she was also made an honorary member of the Royal Photographic Society.

Bown said to Queen Elizabeth in 1995, “I am not an artist, I’m just a hack,” after the queen, who was presenting her with her CBE, called her an “artist” for her work, the Guardian reported.

The evocative black-and-white portrait was used in Thursday’s announcement of her death on social media.

Bown also photographed other royals during her career, including then-Prince Charles, Princess Margaret and Princess Anne.

8 Products That Will Completely Change How You Travel