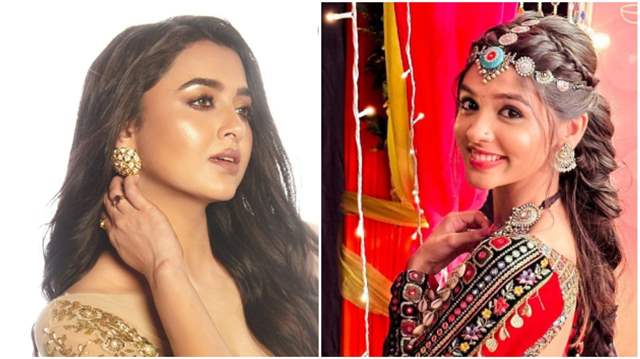 And the Celebrity ranking of the week is here!

India Forums is back with an updated celebrity ranking of the week!

Every Monday, India Forums brings to you an updated celebrity ranking. We bring to you the Top 20 most-talked about celebs of the week. This list is compiled on the basis of social media buzz, news articles, and multiple other factors, and that is truly what makes it interesting after all.

This week, the list is topped by Shehnaaz Gill. While Tejasswi Prakash has been in the top 5 since quite some time now, this week, Tejasswi Prakash slipped to the seventh spot. Jannat Zubair Rahmani secured the second spot in the list followed by Kapil Sharma at third, Anushka Sen at fourth and Jennifer Winget at fifth spot. Have a look at the list:

Moving on to the top 20 female celebrities of the week, the top rankers are Shehnaaz, Jannat, Anushka, Jennifer and Tejasswi Prakash. Pranali Rathod’s rank improved considerably this as she is at the eighth spot. Alice Kaushik is at the thirteenth spot followed by Shraddha Arya at fourteenth and Sumbul Touqeer at fifteenth. Munmun Datta has secured twentieth spot. Have a look at the post: 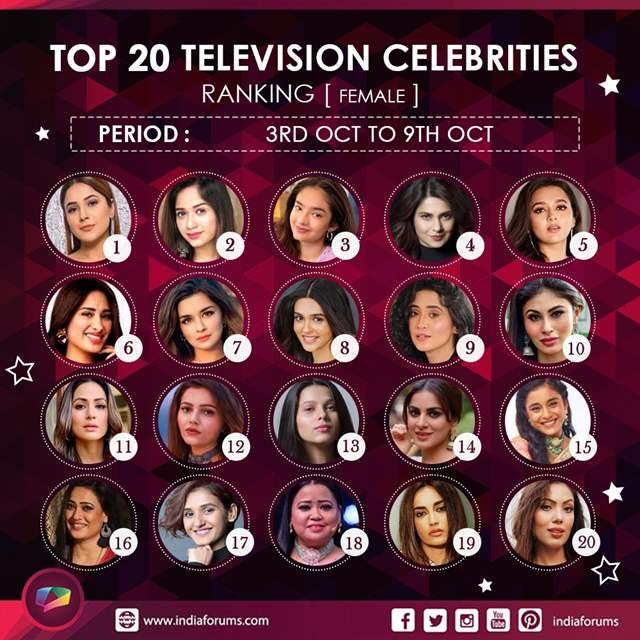 Talking about the top 20 male celebrities of the week, Kapil Sharma tops the list, followed by Karan Kundrra, Faisal Shaikh, Munawar Faruqui and Dilip Joshi. Kanwar Dhillon secured eleventh spot while Vivian Dsena is at twelfth position. Barun Sobti is at nineteenth spot and Fahmaan Khan is at twentieth position. 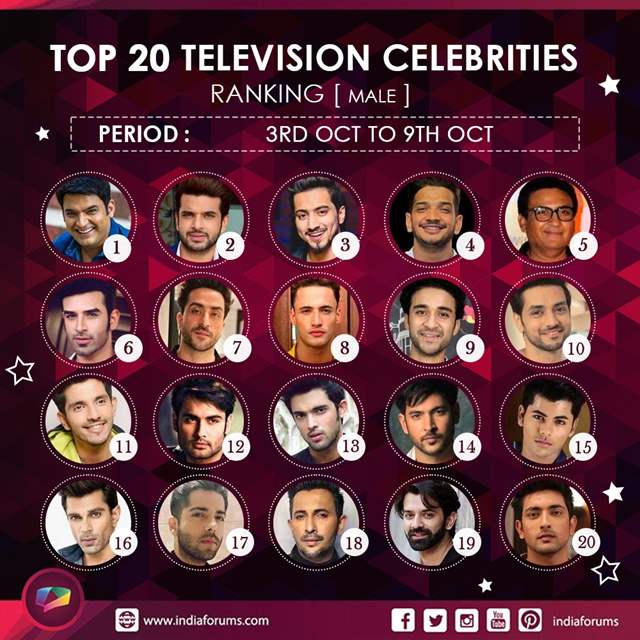