Prince William and Kate Middleton and Prince Harry and Meghan Markle reunited for the first time in a public appearance after Commonwealth Day service at Westminster Abbey in 2020. The couples came together in mourning following the demise of Queen Elizabeth II as they made an appearance in Windsor to view the cards and flowers left by mourners.

The surprise reunion happened just two days after their grandmother passed away on Thursday. She was 96. The new Prince and Princess of Wales donned black outfits that were matched by Harry and Meghan. They were seen looking at the flower arrangements and cards left by mourners just outside of Windsor Castle. According to a video, the couples arrived together with William behind the wheel of a black SUV, with Kate sitting in the passenger seat whereas Harry and Meghan were sitting in the back.

Photos showcased both the couples walking around, reading messages on the cards that were left by mourners as a tribute for the Queen. Meghan was also seen consoling Harry as she placed her arm over him. Harry and Meghan were also seen greeting the public that had lined up outside of Windsor Castle along with William and Kate. 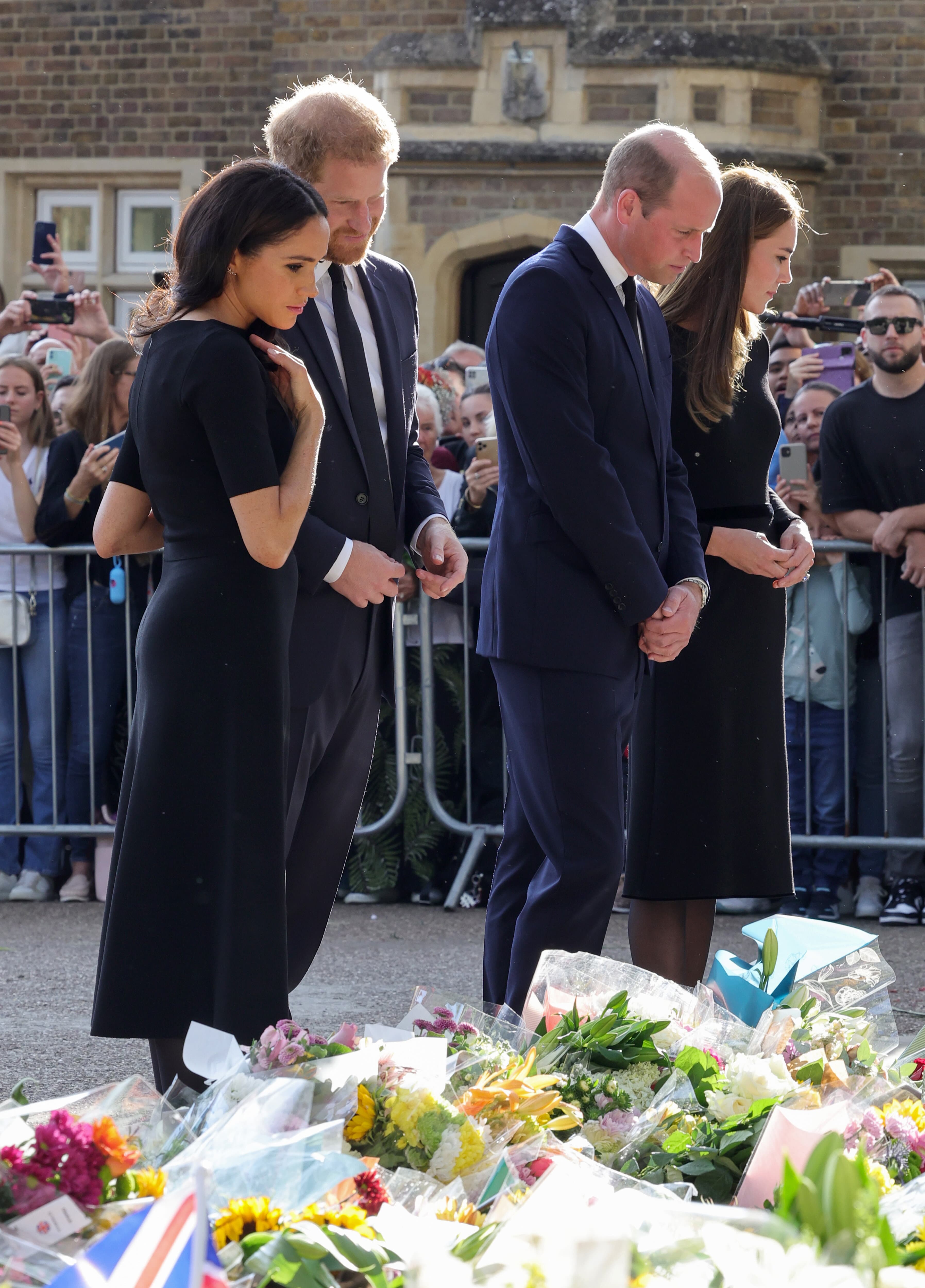 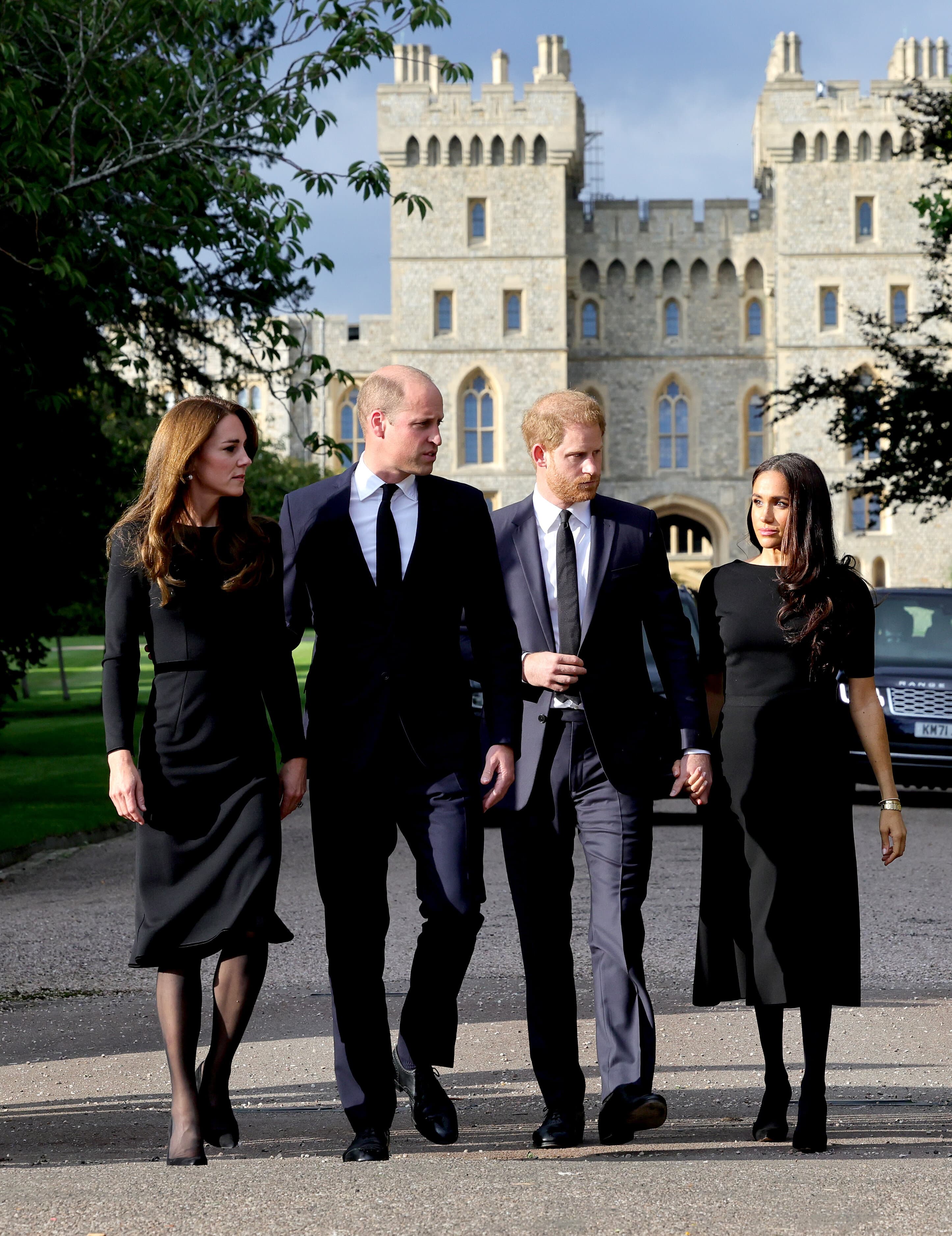 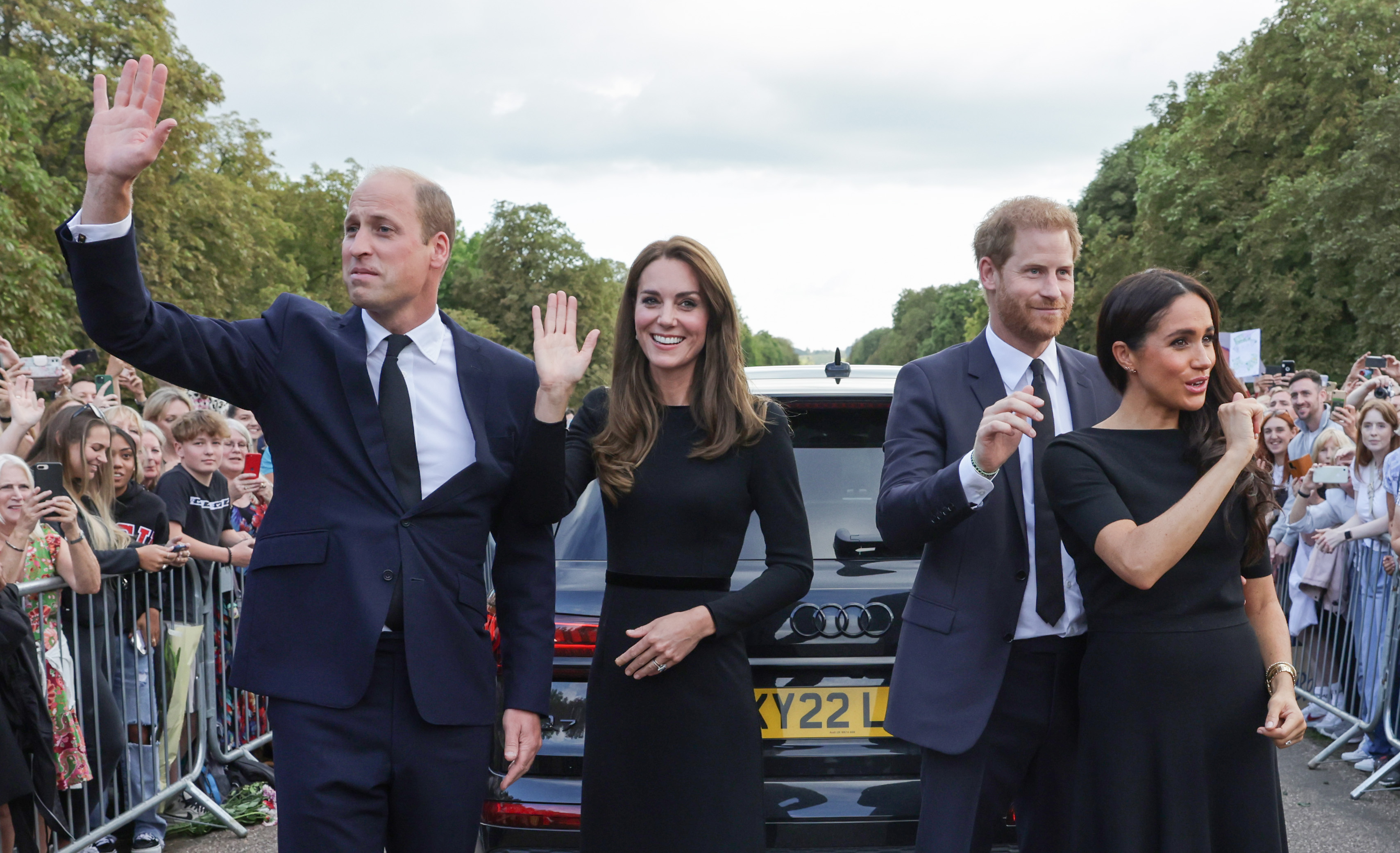