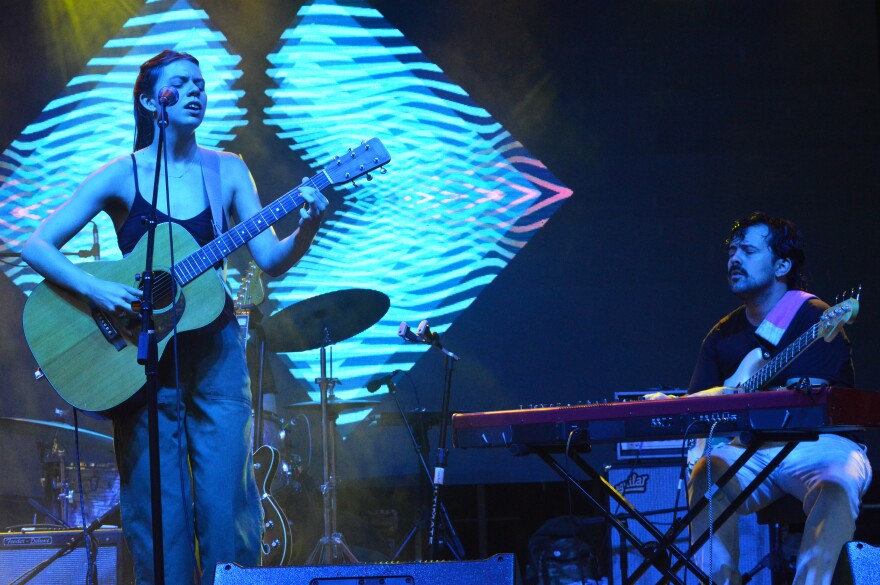 
It was around 5:20 p.m. Saturday, and — as it often does at music festivals — the start to Tomberlin’s set in Moore Square was running a bit behind schedule.

The band scurried across the stage to perform a sound check. Drummer Greg Rutkin sat at his drum set. Adelyn Strei warmed up a saxophone. Frank Meadows went back and forth between his keyboard and bass guitar. And finally, front woman Sarah Beth Tomberlin grabbed an acoustic guitar, stepped up to the crowd, and announced that tonight’s show would be special: it was the first set the band played together in the pouring rain.

And rain it did. Despite the wet Saturday, thousands of fans descended upon downtown Raleigh last week to attend the Hopscotch Music Festival. The lineup featured indie artists like Courtney Barnett, Dehd, and Charley Crockett. The two main stages were at City Plaza and Moore Square, while club shows were played at Slims and the Pour House.

This year, the club shows were free to the public. Forty-three acts in total played during the festivals 12th year.

Quelle Chris, a rapper from Detroit, acknowledged the world’s craziness before launching into his hit “Sudden Death.”

Safarmarket; An Ultimate Solution For Your Travel Needs