An appliance expert has shared the real cause of these squeaks and squeals, and it’s not what you’d think.

TikTok user Renae, known to her followers as Renduh, revealed the real reason why your washing machine or dryer is making a squeaking noise.

“If you’ve ever had a squeaky belt on your dryer [or washing machine], no you haven’t,” the appliance expert told viewers.

Renae explained that while squeaking can occur in your machine, replacing the belt will not solve the problem.

She detailed: “Appliance belts are not capable of making a squeak. If your dryer is squeaking or squealing, most times it’s going to be a bearing.” 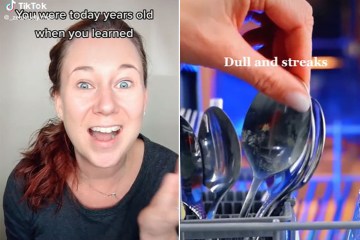 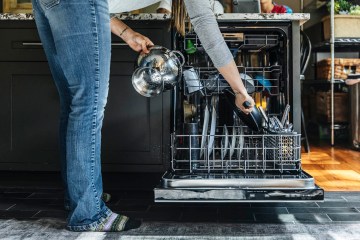 A bearing is a connecting part of your machine that basically helps rotate the drum.

Renae clarified: “The belt itself is just rubber and it’s got little metal fibers going through it to prevent it from stretching. So usually instead of making a squeak, it’s just going to snap which is rare.”

The TikToker explained that the common misconception comes from car belts, which can make a squeaking noise.

“So if your appliance is making a squeak or a squeal, don’t buy a new belt because you’re just wasting your money,” she advised.

Renae’s followers took to the comments section to share their thoughts on the tip.

“Used to have replaceable ‘slides’ or ‘glides’ that wore down and squeaked. Wish I’d known about your content then,” wrote one user.

Another person said: “I’ve had to stop using my dryer because it’s making a metal on metal squealing noise. I’m worried it’ll start a fire.”

“I replaced the $7 belt and it stopped squeaking for a few loads, and squeaks less than it was… still squeaks though,” commented a third viewer.