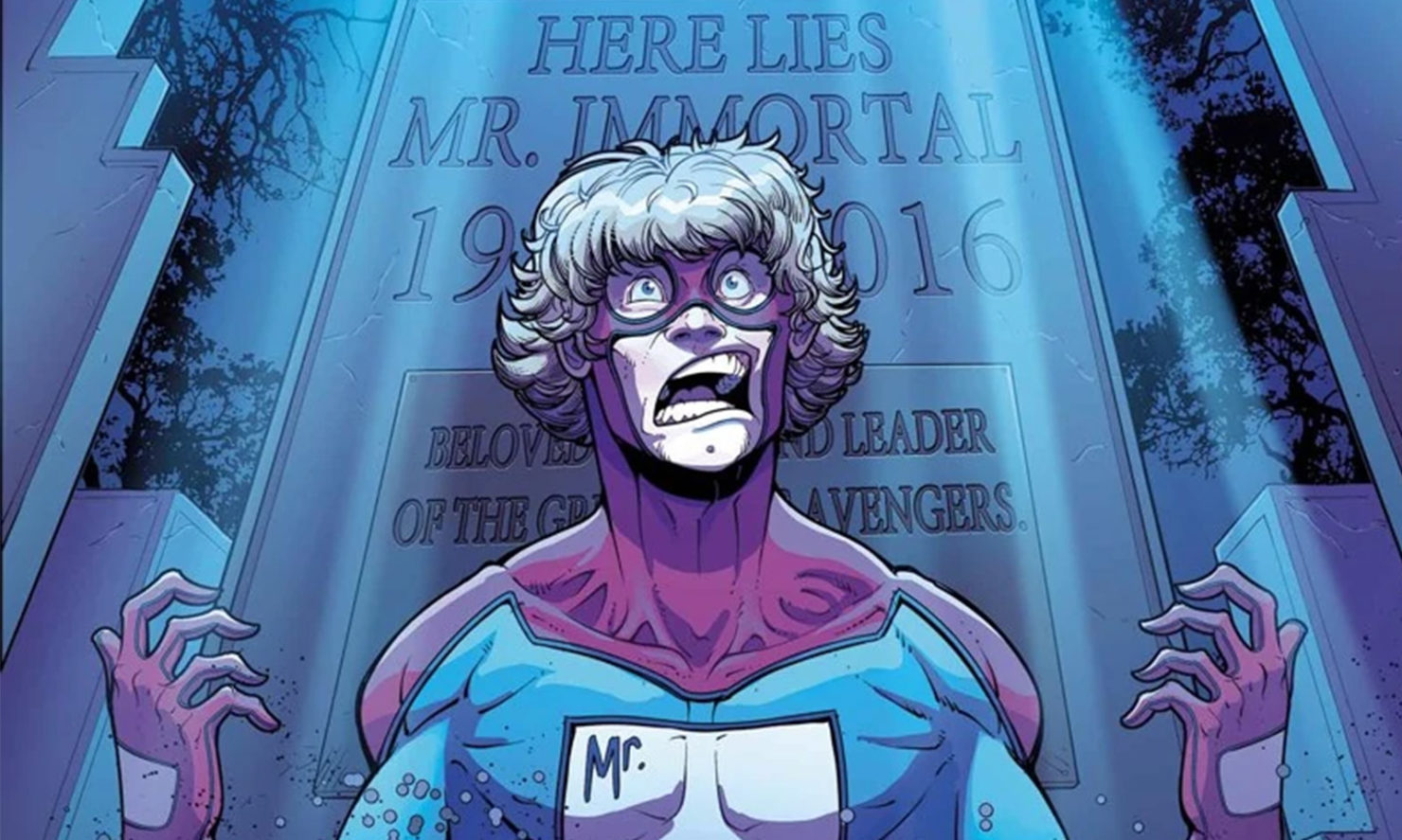 
There’s a subset of people (Martin Scorsese for one) who think this whole superhero thing has gotten out of control. Movies, TV shows, podcasts — they’ve taken over popular culture and destroyed everything in their path like the Hulk (original recipe, not Professor Hulk).

I have terrible news for those people: We’ve barely scratched the surface.

Very quickly, I should note I’m a Marvel fan of the new-media variety. I don’t recall having ever bought a comic book, although I deeply appreciate and respect anyone who has and would never disparage them or fail to recognize the foundational role of print media in the current landscape of superhero properties printing money as fast as metahumanly possible. Also, I did my level best to gather accurate information for the following in the limited time available. Please don’t yell at me online.

So, how deep does this superhero thing go? So deep that, at one point, Wisconsin had its own team of Avengers. Not in a tangential reality or multiverse situation. In the main continuity of Marvel Comics. And their headquarters was in Milwaukee.

This came to my attention during this week’s episode of She-Hulk (spoiler alert I guess?) in which a guy named Craig Hollis, aka Mr. Immortal, needed legal representation for defrauding nine people. How? He wriggled his way out of nine marriages by using his ability to resurrect himself almost immediately after dying.

If you’re thinking, “This is exactly the kind of weird-ass character Marvel would send if evil forces attacked Hales Corners,” you’re right.

Because this is a comic-book situation, there are a lot of ins and out and what-have-yous. But the short version is that Mr. Immortal founded the Great Lakes Avengers with other heroes possessing … similarly unique skill sets:

Did they meet for the first time in a YMCA? Yes, they did. Did they get in trouble from the real Avengers for using that term without permission? You betcha. Did they once fend off a holiday attack from a forest of evil pine trees sent by a villain named Dr. Tannenbaum? Absolutely.

The team has a long and complex history. They changed their name about 74 times, added and subtracted members (including Squirrel Girl, who has a delightful podcast miniseries), became the government-sanctioned protectors of Wisconsin, and relocated to Detroit (boo).

But if you like your superhero teams more off-beat and closer to home, it’s worth looking them up. Then, in 15 years, when Marvel Studios is really scraping the barrel for intellectual property, you can say you knew them before they were famous.

(Special thanks to everyone who contributed to the Marvel Database that I ferociously clicked around to gather information until my Chrome browser caught fire and exploded.)

Our fall drive starts Oct. 5. But thanks to Radio Milwaukee Board Member Lacey Sadoff, who’s matching donations dollar for dollar, your gift today does twice as much to help us meet our goal so we can keep bringing you stories like these!

Have You Heard All 239 InFOCUS Podcast Episodes?

75 years in television: The Jack-O-Lantern Spectacular is back!