Home Tech No. 13 Tech to Make First ESPN Appearance at No. 2 Louisville... 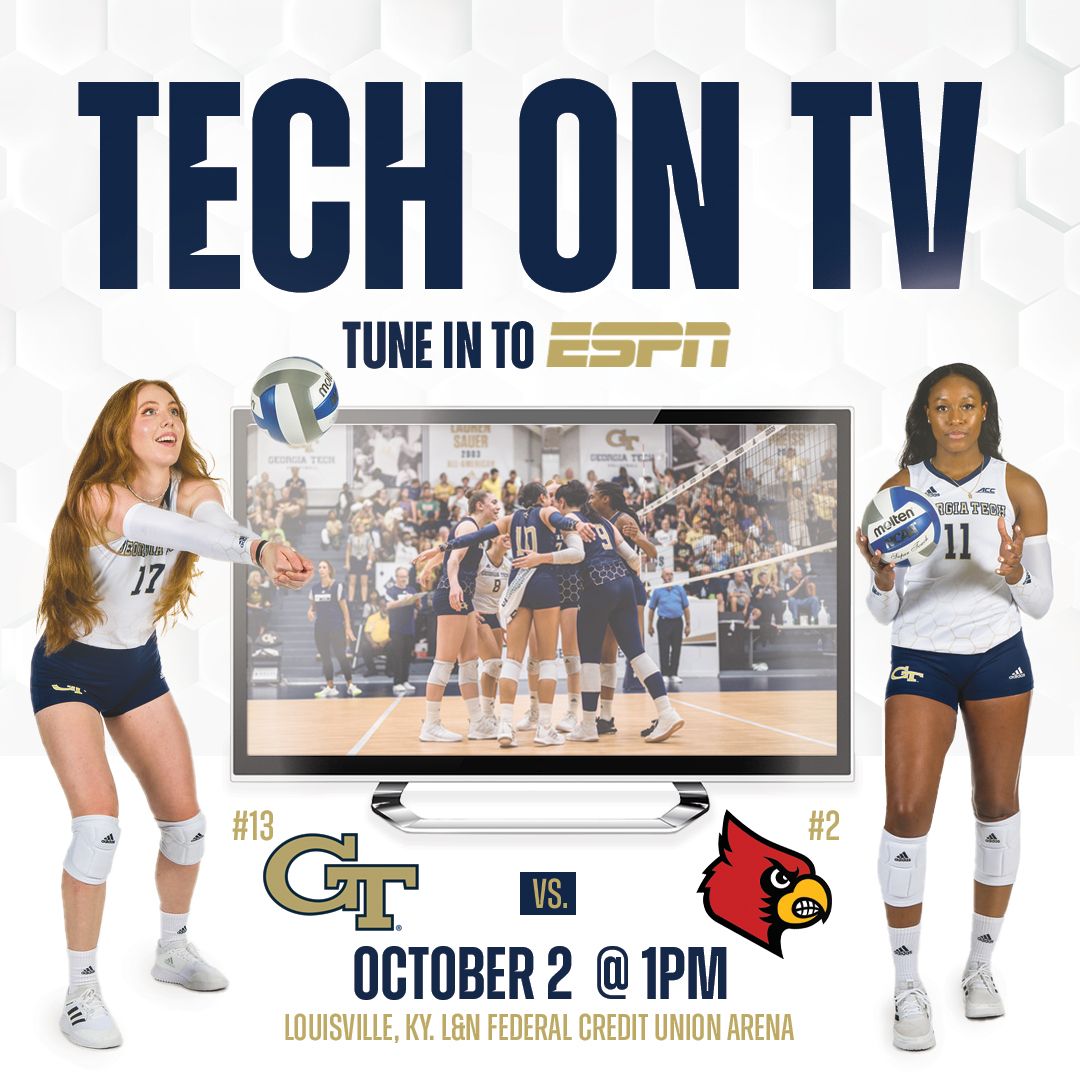 THE FLATS – No. 13 Georgia Tech volleyball is set to be featured on ESPN in its road contest at No. 2 Louisville on Oct. 2 at 1 p.m. at L&N Federal Credit Union Arena in Louisville, Ky. The battle between ACC heavyweights marks the first appearance on ESPN for the White and Gold in program history on record.

The Yellow Jackets (7-2) have appeared on the ESPN family of networks on a multitude of occasions, most recently being broadcast on a linear ESPN namesake in last season’s Elite Eight matchup. The contest was broadcast on ESPNU, also against the No. 1 seeded Cardinals in Louisville, Ky. on Dec. 11, 2021.

To date, Tech is set to make two more linear appearances on the ESPN family of networks this season, including another top-15 matchup against No. 10 Pitt and a following contest against Clemson. Both matches on The Flats will appear on ACC Network. The Jackets and Panthers will square off on Oct. 9 at 2 p.m. for the program’s first ever match in McCamish Pavilion. The Yellow Jackets will then take on the Tigers on Oct. 12 at 8 p.m. back in O’Keefe Gymnasium.

Tech will next begin conference play, hosting Wake Forest (8-3) on Friday at 7 p.m. in O’Keefe Gymnasium. The match will be broadcast on ACC Network Extra.

At this market, street vendors can work without fear; this Sunday it’s coming to Long...

Through Mutual Aid, This Farm Is Taking On Food Insecurity In New York City