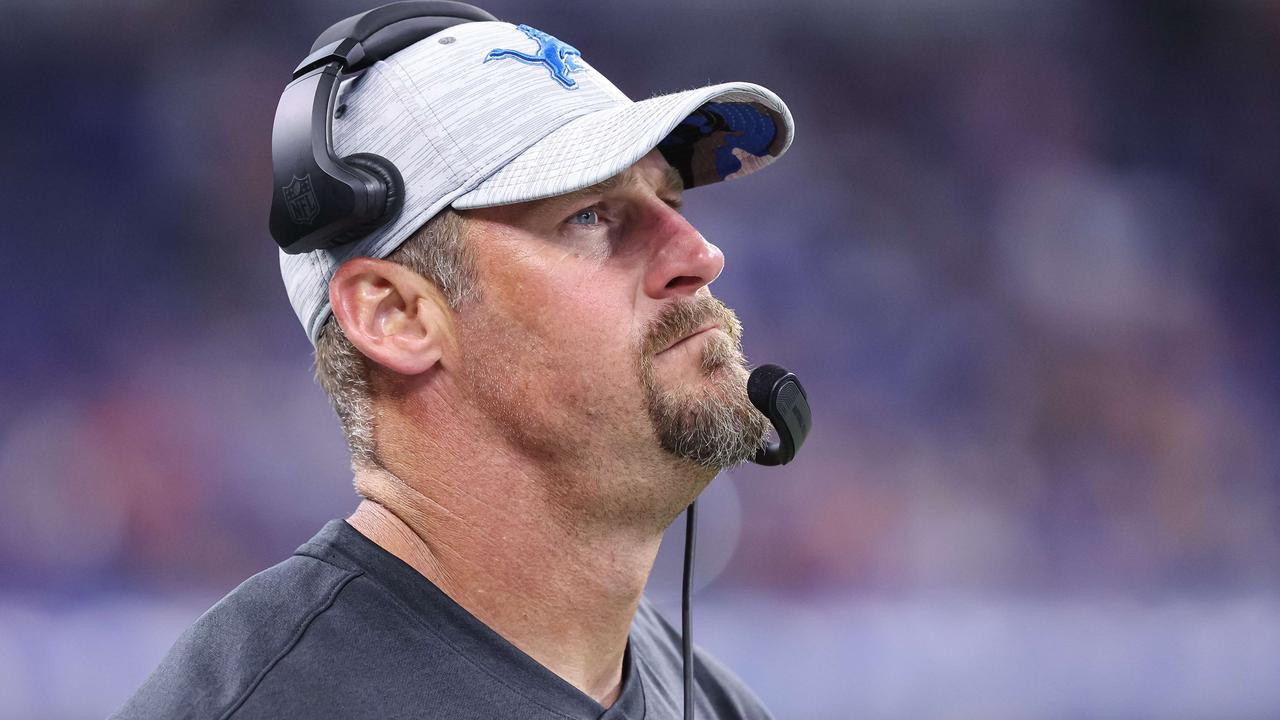 
With Rams-Bills kicking things off for the 2022 NFL season, the rest of the league gets going on Monday and Tuesday.

So, as the full Week 1 slate rolls out, let’s take a look at five of the WEIRDEST (and best) games coming up this Monday morning.

There’s not exactly a storied rivalry between Cleveland Carolina, but as soon as the Panthers traded for Browns quarterback and former #1 pick Baker Mayfield, this game was circled on the calendar.

The Browns landed receiver Amari Cooper in the offseason, but will be starting backup QB Jacoby Brisset as they’re without star QB Deshaun Watson after he was suspended for 11 games for wholly bad, gross stuff.

Expect them to rely heavily on running back Nick Chubb to generate offense.

Meanwhile, something worth pointing out?

The Browns haven‘t won a season opener on the road since 1994 – NINETEEN NINETY FOUR! That’s back when Bill Belichick was their coach!

Plus, five of the Browns‘ last six road openers have gone UNDER the total match points line.

The fire under Baker and the fact that Carolina coach Matt Rhule will spend this season coaching for his job means that the Panthers should take care of business, giving Baker a chance at revenge on his old squad.

The ‘Hype Train’ Matchup: the Philadelphia Eagles head to Detroit as one of the preseason darlings (their odds have come in from over $41 to around $11 to win the NFC), while the Detroit Lions are riding high off with a big bump from their fun turn on Hard Knocks.

But don’t buy the Lions hype just yet: everyone looks fun and poised to break out on Hard Knocks. That’s what it’s about.

The Eagles also have a predilection for laying weird and wonky games when you least expect it – they’ve lost three of their past four road openers – but they should have enough to make light work of the Lions.

Also worth a look is the fact that all 11 of Detroit’s previous season openers have gone OVER the total match points: so in the dome of Ford Field, we’d expect a high-flying, high-scoring affair.

Even before a play has been called, heading into this season it feels like the Bears stink worse than a recycling bin containing the results of a country footy team’s Mad Monday bender.

The Niners have questions around QB Trey Lance, sure, but they also have one of the best defenses in the NFL, and actual weapons (Deebo Samuel, Brandon Aiyuk and George Kittle – even if he’s under an injury cloud) on O.

The Bears? Their questions are everywhere. Plus they have other questions flying around them too, like, ‘How many games will they lose this year’ and ‘Will it be ALL of them?’ These teams, this matchup? It feels weirder than the time Garry Hocking changed his name to ‘Whiskas’.

The NY Giants have a new coach in former Buffalo OC Brian Daboll, have their first round draftee QB Daniel Jones and running back Saquon Barkley playing for their futures.

The Titans were the #1-seed in the AFC last year, but traded superstar wide receiver AJ Brown to Philly and replaced him with rookie Treylon Burks, let Julio Jones walk to the Bucs and brought in Robert Woods.

It feels like across the board they got weaker and will have to once more rely on RB Derrick Henry for the majority of their offense.

SO! In terms of week 1 matchups, this one of the more difficult to predict: will the Giants – who have lost six straight – come flying out of the gate, or can the Titans clamp down with last year’s 6th-ranked defense and eke out a win?

We’re tipping the Titans to win at home, but the Giants to cover in a surprisingly close one.

This is a matchup between two teams who, to say they’ve had topsy turvy offseasons is an understatement along the lines of saying ‘Chewbacca was pretty hairy’.

The Chiefs traded star receiver Tyreek Hill to the Dolphins and brought in Juju Smith-Schuster and Marquez Valdes-Scantling – as well as bolstering their offensive line – in an effort to shore up their offense while making it less predicable.

Arizona, meanwhile, will be without star receiver DeAndre Hopkins after ‘Nuk’ got pinged for a PED infringement and suspended for the first six weeks of the season, but they did bring in Marquise ‘Hollywood’ Brown in exchange for a 1st round pick.

So, even on the road, it feels like KC should be able to pull their new weapons together, lean on the brilliance of Patrick Mahomes and TE Travis Kelce, and get their season off to a winning start.

Especially with the Cardinals failing to cover the line in five of their last six games, we’re going Chiefs.

There’s Something Weird About the Kardashians’ Holiday Campaign