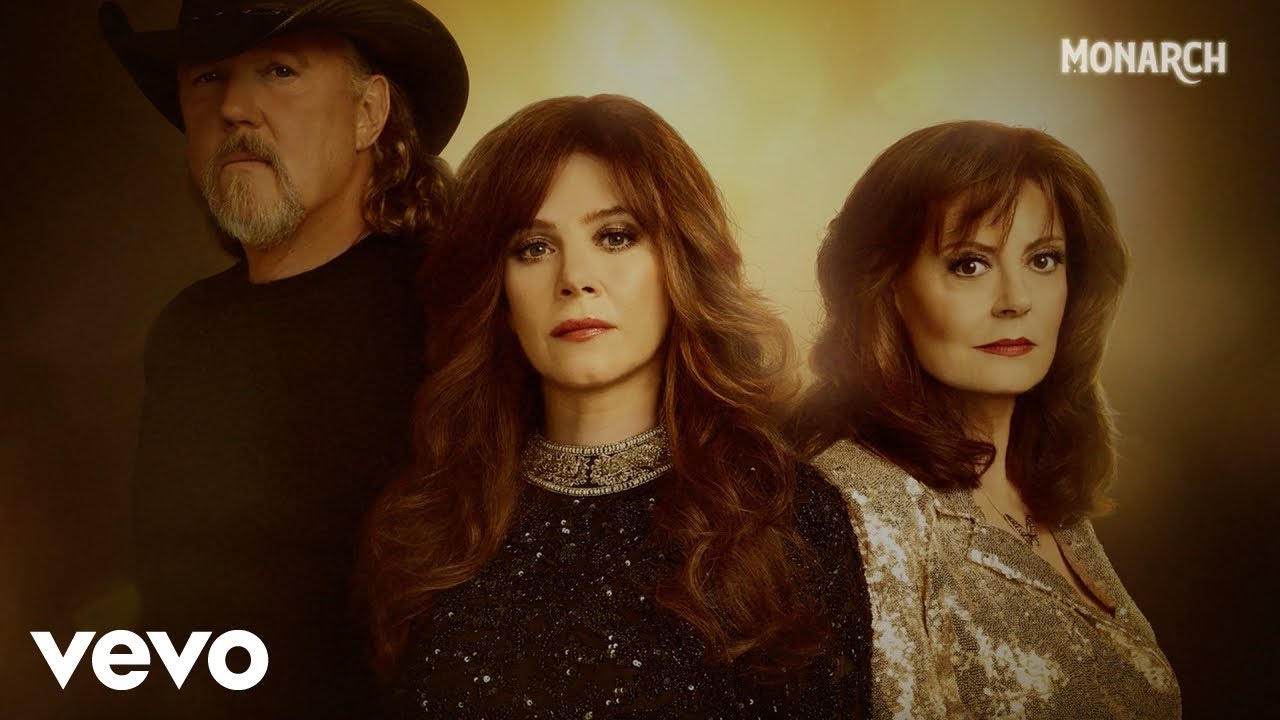 NASHVILLE — “I’m saying the words they want me to say, but I’m sure not acting too much,” jokes 60-year-old country superstar Trace Adkins in his trademark growling baritone.

He’s chatting at the Grand Ole Opry for an exclusive premiere of “Monarch,” the Fox drama in which he portrays country music patriarch Albie Roman.

The show premieres – a year after multiple delays – Sunday (8 EDT/PDT) on Fox, immediately following  the network’s NFL doubleheader, and then settles into its regular timeslot Tuesdays (9 EDT/PDT) starting Sept. 20.

“Monarch” tells the fictional story of the rootsy and rough-hewn Roman family – think the Carters and the Judds meet the Williamses and the Jennings. They include country music’s king and queen: Albie and Dottie Cantrell Roman (Susan Sarandon), whose royal reign is jeopardized. The heirs to the throne include sisters Nicolette “Nicky” (Anna Friel) and Gigi (played in a breakout role by alt-punk icon Beth Ditto), plus her record industry executive brother Luke (Joshua Sasse) .

“Albie Roman is an honest guy who gets caught up in some situations where he has to do what he thinks is best for his family first,” says Adkins, 60. “It may not always be honorable, and it’s not driven by meanness, but overall, he’s a good guy.”

The lead singer of indie rock band Gossip has been compared to Bobbie Gentry, Etta James, Janis Joplin and Tina Turner. She notes that the “trauma” associated with her Southern roots shows most in her portrayal of the working mother who hid a golden voice and magnificent stage presence her entire life.

“Gigi’s an un-nurtured outcast and underdog, like me,” she adds. “My mother wasn’t like Susan Sarandon,  though. Susan’s more like my grandmother, Barbie Ann. She was a red-headed firecracker.”

Ditto, 41 notes small character points, like the fact that she never wears dresses or makeup and is “a working mother who wears an Apple watch because she always has to be somewhere.”

“Every character on this show feels really relatable to someone, and I like that,” Ditto says.

The performer also reveals that she was “completely jobless” during COVID-19’s quarantines and considered taking classes online to pursue opening a day care center. However, when presented with the idea of auditioning for the show – and that they specifically wanted a “plus-sized, fat, lesbian country singer” – she was immediately intrigued.

Ditto’s Arkansas roots included her father boiling squirrels’ heads and sucking the brains through the nose and her grandmother killing three squirrels with one bullet.

“All I said when I auditioned was, ‘Find someone better, I dare you.'”

Regarding Ditto’s brazen conviction, her TV father, Adkins, says with a laugh, “she’s a hoot, man, that girl’s crazy.”

Adkins fondly recalls having acted in nearly two dozen low-budget films in the past two decades and says the experience yielding the role of Albie Roman honors his acting chops, his years of country music industry experience and his time spent in front of cameras.

“It’s a lot of pressure, but from seeing the first six episodes, I feel pretty good about my performance,” he adds.

Expanding his acting credits to include amorous scenes with Academy Award-winner Sarandon was “nerve-wracking” for Adkins.

“All you have to do is stand in her lake and hold on,” Adkins said. “When you realize that Susan can carry the scene, you exhale and enjoy the thrill of the moment.”

Guest stars from the world of country music, including Little Big Town, Martina McBride, Shania Twain, and Tanya Tucker, are slated to make appearances. Plus, the show’s title theme, “The Card You Gamble,” was performed by Caitlyn Smith.

“I’m obsessed with (‘Monarch’),” says Smith, who performed the show’s theme alongside her ballad “High” at the Opry at the premiere.

“I’m a ’90s country girl at heart, so I’m constantly channeling those vibes every chance I get,” says the vocalist about her euphoric performance.

Ditto alludes to the broader spread of fan interest in the genre.

“In pop culture, there’s an idea of what country music is ‘supposed’ to be,” she says. “But like so many people, all of the country music I’ve ever loved wouldn’t pass for country music right now. So for people like me, ‘Monarch’ bridges the gap.”