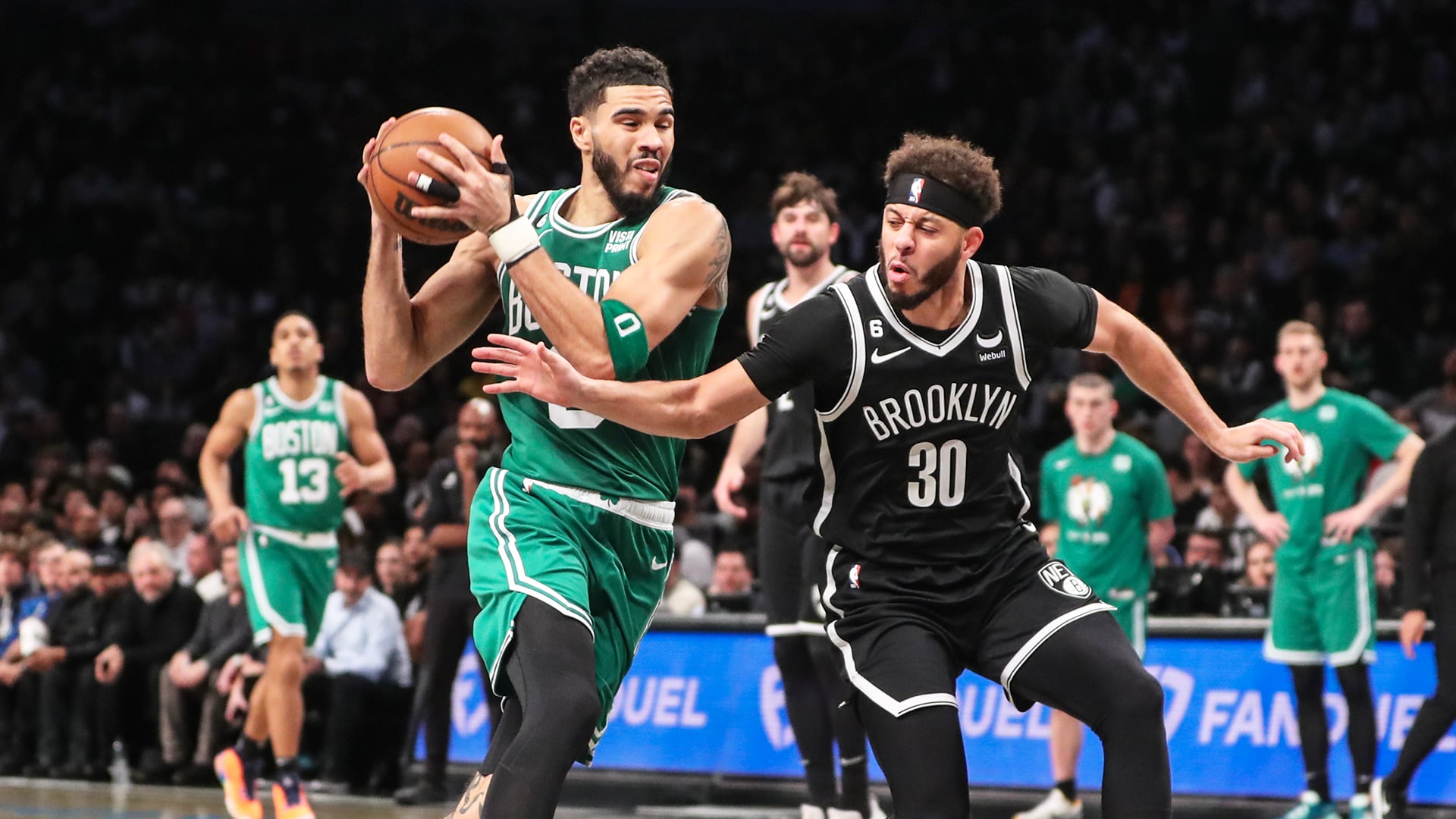 Seth Curry has scored at least 22.6 Yahoo points in five of his last seven games.

There are five games in the NBA on Thursday, one of which will feature the Pistons taking on the Bulls in Paris. We’ll also have a championship rematch from last season when the Celtics play the Warriors. Two teams who entered the season with hopes of making deep playoff runs, but are currently without some of their best players, will face off when the Suns host the Nets. Let’s dig into the options on Yahoo and highlight some players to consider for your entries, as well as a few to possibly avoid.

Damian Lillard, POR vs. PHI ($39): Lillard is rolling right now, scoring at least 54.6 Yahoo points in four straight games. Three of those came at home, where he is averaging 30.1 points per game on 47.0 percent shooting from the field this season. On the road, he is averaging 28.6 points per game and shooting 44.0 percent. On a limited slate, he is one of the guards with the highest floors.

Seth Curry, BKN at PHO ($10): Curry moved into the starting five with Kyrie Irving (calf) out Tuesday against the Spurs, posting 16 points and seven rebounds over 31 minutes. Irving is listed as probable for this game, so Curry will likely shift back to the bench. However, he has scored at least 22.6 Yahoo points in five of his last seven games, so he can still provide value at the minimum salary.

Tyrese Maxey, PHI at POR ($25): Maxey had a big scoring performance Tuesday, recording 22 points against the Clippers. The problem was, he only chipped in two rebounds and two assists. He’s only averaging 3.0 rebounds and 3.8 assists per game for the season, and has now shifted to a role off the bench, which might make it difficult for him to be worth this salary.

Scottie Barnes, TOR at MIN ($31): Barnes is starting to heat up, scoring at least 46.1 Yahoo points in five of his last six games. Like most of the Raptors’ starters, he plays a ton, averaging 34 minutes per game for the season. The Timberwolves will be playing the second game of a back-to-back set, so Barnes could take advantage of their tired legs with another productive all-around stat line.

T.J. Warren, BKN at PHO ($12): The Nets need more scoring from Warren with Kevin Durant (knee) out. He has come through, scoring at least 19 points in two of the last three games. While his contributions in other areas leave a lot to be desired, his increased scoring upside alone makes him worth considering in tournament play at such a cheap salary.

Donte DiVincenzo, GS at BOS ($18): Klay Thompson is set to return from this game after sitting out Monday for rest. The only real injury of note for the Warriors in this game is Jonathan Kuminga (foot), who has already been ruled out. With the Warriors having their starters all healthy, DiVincenzo should be in line for a decreased workload.

Joel Embiid, PHI at POR ($53): The Clippers had no answers for Embiid, who scored 41 points against them Tuesday. He shot 12-for-22 from the field and 15-for-18 from the charity stripe, marking his sixth straight game with at least 30 points. Going back even further, he has provided 35.8 points. 9.5 rebounds, 3.4 assists and 1.7 blocks over his last 11 games.

Naz Reid, MIN vs. TOR ($10): Rudy Gobert (groin) was unable to play Wednesday, pushing Reid back into the starting five. He has played well in that role, averaging 19.6 points, 7.0 rebounds and 1.2 blocks over five games. If Gobert is unable to return given the quick turnaround, Reid should be a top target for those who want to fade Embiid in tournament play.

Jusuf Nurkic, POR vs. PHI ($26): Embiid is a handful and is adept at drawing fouls. He’s averaging 11.8 free-throw attempts per game, often putting the opposing center in foul trouble. Nurkic had a tough matchup against Nikola Jokic on Tuesday, with foul trouble contributing to him scoring only 23.0 Yahoo points over 29 minutes. Don’t be surprised if a similar scenario unfolds.

Mike started covering fantasy sports in 2007, joining RotoWire in 2010. In 2018, he was a finalist for the 2018 FSWA Basketball Writer of the Year award. In addition to RotoWire, Mike has written for Sportsline, Sports Illustrated, DK Live, RealTime Fantasy Sports, Lineup Lab and KFFL.com.