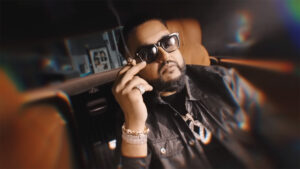 
This past week was slow for album releases from mainstream music artists but was flourishing for “underground” artists reaching for mainstream success. Multiple albums and many singles from artists who have yet to become household names released, making all their careers more exciting.

One exception to this is the Toronto-based rapper and producer, NAV, who released his fourth studio album “Demons Protected By Angels” on Friday. This is NAV’s first album in two years, and it seems more well produced and performed than any of his previous projects.

The most eye-catching thing about “Demons Protected By Angels” is the list of featured artists. Lil Uzi Vert, Don Toliver, Babyface Ray and more deliver high-energy performances and have chemistry with NAV. The album does not break new ground and can overstay its welcome with its hour-long length, but as a cohesive project, it is one of NAV’s best.

One of the most buzzing underground rappers in years is Yeat, whose album “Lyfë” marks his second project in 2022. The lead single “Talk” was met with positive reception from his fanbase, debuting at number 16 on Spotify’s Weekly Song Chart. Unlike his previous projects which have all reached an hour in length, “Lyfë” consists of 12 songs and a 34-minute runtime.

Yeat matches the hypnotic, warbling production on “Lyfë” with vocals that range from chaotic to somber. While lyrically, Yeat rarely surpasses his peers as a wordsmith, that is never the focus in his music. The album’s reasonable length alongside the entertaining performances makes “Lyfë” Yeat’s most digestible project.

Earlier in the week, Indiana rapper and hyperpop star midwxst dropped “BACK IN ACTION 3.0,” which also marks his second project released in 2022. The EP feature verses from Detroit rapper BabyTron and 15-year-old rapper tana. Alongside hard-hitting beats and versatile flows, midwxst proves he is one of the most exciting young rappers in the underground.

Glitch and art-pop artist brakence released his new single “caffeine,” which is an abrasive, fast-tempo pop track that entertains throughout the whole song. It is the fourth single for his forthcoming album, slated to be released this year.

UK alternative R&B singer Blood Orange’s new song “Jesus Freak Lighter” is a culmination of dance music with his classic R&B vocals for a very satisfying listening experience. The combination of the quick drumbeat and the beautiful guitar makes for one of my favorite songs of the week.

Overall, this was a slow week for new releases, but it makes me more excited to see what will come next from each of these artists. Next week you can look forward to new albums from Rina Sawayama, Death Cab for Cutie and more.

How Digital Marketing Is Directly Contributing To Climate Change

Unique Investment Strategy Unveiled to Solve the Challenges of Traditional Venture with Partner at Vault...