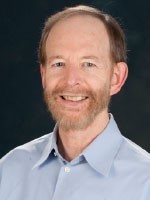 
Financial literacy declined in America between 2009 and 2018, even while a growing number of people were overconfident about their understanding of finances, a new study finds.

The average score on a test of objective financial knowledge declined steadily when different groups of Americans were surveyed four times between 2009 and 2018.

And the percentage of people who believed they were above average in financial literacy – but actually scored lower than average on the test – increased from about 15% in 2009 to nearly 21% in 2018.

“The results raise the question of whether we’re doing enough or doing the right things to educate the public about the basics of finances needed to run a household,” said Sherman Hanna, co-author of the study and professor of consumer sciences at The Ohio State University.

“Not only are scores on a measure of financial knowledge declining, but a growing number of people think they know more than they do.”

Hanna conducted the study with Kyoung Tae Kim of the University of Alabama and Sunwoo Lee of York University in Toronto.  The results appear in the latest issue of the Journal of Financial Counseling and Planning.

The researchers used data from the National Financial Capability Study (NCFS), which is run by a private corporation, the Financial Industry Regulatory Authority.  The NCFS interviews Americans from every state every three years about their financial knowledge and behavior.

The researchers took the results of the survey and then controlled for characteristics like age, race and ethnicity, and education to see if changes in the composition of the respondents from survey to survey may have influenced the findings.

But even with the controls, financial knowledge did decline in all four waves of the surveys analyzed, Hanna said.

The decline in knowledge was confirmed in several different ways.

One of the multiple-choice options on all the questions was “don’t know,” which allowed participants to respond without guessing.  The researchers found that the number of “don’t know” responses increased slightly between 2009 and 2018, even with the controls.

“We were seeing more people who admitted they just didn’t have a clue about how to answer some questions,” Hanna said.

Respondents were also asked to rate themselves on a scale of 1-7 on their “overall financial knowledge.” In this case, the results showed respondents in 2012 and 2015 thought they knew more about finances than those in 2009, controlling for other characteristics.

But those surveyed in 2018 were not significantly different from those in 2009 in how much they thought they knew about finances.

The researchers calculated how overconfident respondents were in their financial knowledge by comparing how well they scored on the objective test with how highly they rated themselves on their financial literacy.

The overall level of overconfidence bounced around a bit between the four surveys, with no clear trend. But when the researchers looked at the percentage of people who were overconfident, that did rise from 15% in 2009 to about 21% in 2015 and stayed at about the same level in 2018.

“It is interesting that we have more Americans who are overconfident in their financial abilities at the same time they give more ‘don’t know’ responses to questions in the survey. We need more research to figure out why that is.”

Although the results did show concerning trends about the decline in Americans’ financial literacy, the data cannot answer why this is happening, Hanna said.

One reason may be the well-documented decrease in math skills in the United States.

“To a great extent, financial literacy depends on math ability,” Hanna said.  “If you can’t do simple math, it is difficult to figure out how much money you would earn in a savings account at a certain interest rate.”

In addition, the questions on the survey may be less relevant to the lives of most Americans than they used to be, Hanna said.

“Many Americans are struggling to pay rent, let alone being able to afford a mortgage, which one of the questions is about.  Another question is about investing, when many people have to worry more about paying credit card debt than investing extra savings,” he said.

Hanna said it may be more worthwhile to find ways to help the public that don’t rely on detailed financial knowledge. For example, many companies now have defaults for employees that invest a certain amount of their salaries into 401Ks, rather than force workers to actively choose whether and how to invest.

“Financial knowledge is good, but our ultimate goal should be for better financial outcomes. We need to find ways to help people make better choices,” he said.