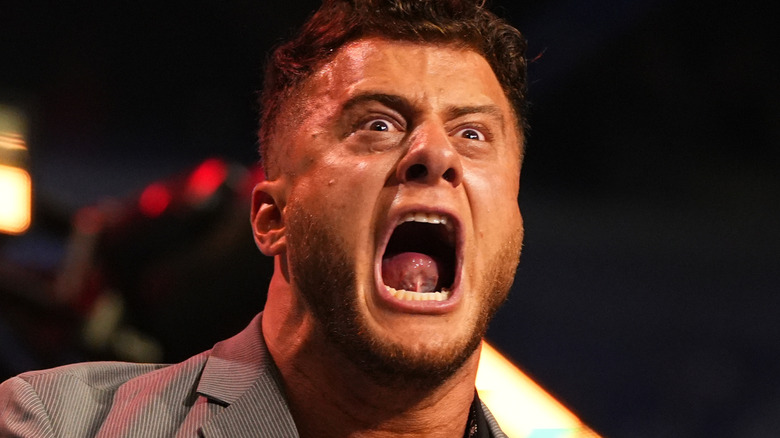 If there’s one thing you don’t want to do, it’s finding yourself in the crosshairs of one Maxwell Jacob Friedman, MJF. The AEW star may be the “salt of the earth” and the “mensh of the censch”, but that won’t stop him from putting someone down if he feels it’s necessary. Friday, MJF seemed to deem it necessary to go after NWA owner and promoter, and Smashing Pumpkins head honcho, William Patrick “Billy” Corgan.

After Corgan tweeted about how he would be on “The Tonight Show with Jimmy Fallon”, along with a bizarre, seemingly House of Black style photo, MJF took to Twitter to give his opinion on the matter.

Unfortunately for Corgan, MJF wasn’t done either. Responding to his own tweet, MJF tagged a former NWA World Heavyweight Champion with a question regarding Corgan.

MJF was most recently seen onscreen this past Wednesday at “AEW Dynamite” Grand Slam, where he got into a tussle with Wheeler Yuta and at one point even shoved down announcer Tony Schiavone. He was later seen in the crowd watching Jon Moxley defeat Bryan Danielson to win the vacant AEW World Championship, setting the stage for MJF to challenge Moxley for the title in the future.

Something Weird Is Going On With Zuckerberg and the UFC

Rushdi Foods Issues a Voluntary Recall on One Lot of their Mighty Sesame Organic Tahini...