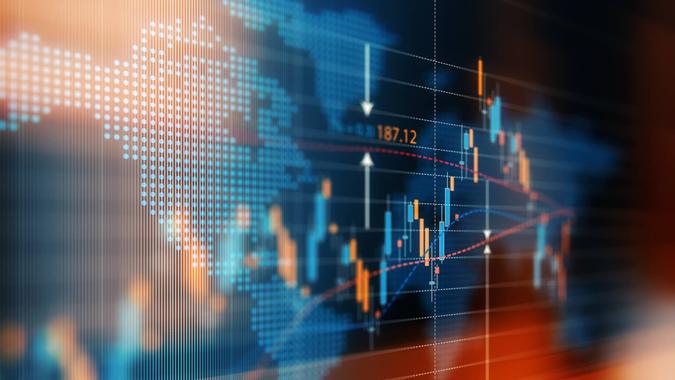 When McDonald’s on Monday announced a Farewell Tour for its iconic McRib sandwich — the tangy, sauce-drenched meat/pickles/onion concoction that debuted in 1980 — you could almost hear the whimpers from millions of devoted fans. What you might not have heard were the whimpers from stock market investors who have found a correlation between the appearance of the McRib and a rise in the S&P 500.

Here It Is: Our 2022 Small Business Spotlight
See Our List: 100 Most Influential Money Experts

McDonald’s announced in an Oct. 24 press release that it might take the McRib off its menu permanently. To mark the occasion, the fast-food chain will launch a McRib Farewell Tour beginning on Oct. 31. The sandwich will be available at participating restaurants for a limited time only.

McRib devotees should be used to the “limited time” part — the McRib has a history of appearing and then disappearing from the Golden Arches menu. It hasn’t been on the regular menu since 2012 and has only made brief return appearances in the years since, The Street reported.

However, McDonald’s also left open the possibility that the McRib might not be retiring at all, saying in its press release that “you never know when — or if — the McRib is coming back.”

Some investors probably hope it does come back. They point to a 2018 article on the Of Dollars and Data website showing that the appearance of the McRib aligns with stock market gains.

The article compared the McRib’s various re-release dates over the years to the performance of the S&P 500. The analysis revealed that when the McRib is available, the S&P 500 has an average daily return about 7 basis points (0.07%) higher than on days when it is not available.

“To put that into perspective, when annualized, that difference would be 19% every year,” Of Dollars and Data reported.

A deeper dive into the data included 10,000 simulations in which McDonald’s re-released the McRib at different times from 2010 to 2017 for the same number of total days.

The final conclusion was that the McRib Effect was no more or less plausible than other theories about events that might impact the stock markets — including who wins elections.

So, maybe the McRib doesn’t have an impact on the stock markets. And maybe it won’t even be retiring at all, despite the “Farewell Tour.”

Explore: 6 Alternative Investments To Consider for Diversification in 2022
Gen Z: You’ll Regret It If You Don’t Invest In These 5 Things While You’re Young

What we know for sure is that the McRib will be making a brief return appearance beginning on Halloween. If you want to know where to find it, check the location finder on the McDonald’s website.