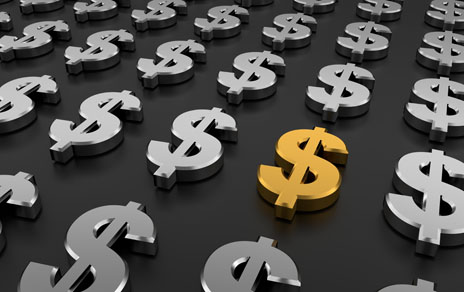 
Editor’s Note: With so much market volatility, stay on top of daily news! Get caught up in minutes with our speedy summary of today’s must-read news and expert opinions. Sign up here!

(Kitco News) – The U.S. dollar continues to dominate gold and silver as a 20-year high last week prompted hedge funds to liquidate their bullish bets and increase their bearish exposure.

However, analysts warn that profit-taking in the U.S. dollar could squeeze precious metal short sellers, which appears to be happening in the silver market as prices rally 6% at the start of a new trading week, testing resistance at $20 an ounce.

All eyes are currently on silver as the precious metal sees its best daily gain in a year. The rally in silver comes as hedge funds pushed their bearish bets to a three-year high.

“The King Dollar’s reversal is catalyzing a ferocious short squeeze in silver. After all, with money manager’s short positioning in silver having grown to its highest levels since 2019, a consolidation lower in the USD has sent participants rushing for the exits,” said commodity analysts at TD Securities, in a report Monday.

The CFTC disaggregated Commitments of Traders report for the week ending Sept. 6 showed money managers increased their speculative gross long positions in Comex silver futures by 2,718 contracts to 33,857. At the same time, short positions rose at an even fast pace by 6,430 contracts to 58,600.


Silver’s net short positioning now stands at 24,743 contracts, up more than 17% from the previous week. This is the third consecutive week the silver market has seen an increase in bearish bets.


During the survey period, silver prices fell to a more than 2-year low at $17.40 an ounce.


“The silver bears have the overall near-term technical advantage. However, the bulls have momentum on their side to suggest a market bottom is in place,” said Jim Wyckoff, senior technical analyst at Kitco.com.


Although silver is currently benefiting from a short squeeze, some analysts don’t know if the rally is sustainable. Nicky Shiels, head of metals strategy at MKS, said silver has room to move higher in the near term.


“In the medium term, so long as the US$ remains in a structural bull trend, silver’s rallies will be short-lived, unless fundamentals are acknowledged and remain strong,” she said.


Gold is also benefiting from a weaker U.S. dollar but is not seeing the same price action as silver, even as bearish hedge funds continue to dominate the marketplace.


The disaggregated report showed that money-managed speculative gross long positions in Comex gold futures fell by 5,919 contracts to 85,842. At the same time, short positions rose by 12,831 contracts to 92,804.


After a month of holding in bullish territory, the gold market has again turned net short by 6,692 contracts.

During the survey period, gold prices dropped to support at $1,700 an ounce. However, since then, the market has recovered on the back of a weak U.S. dollar; investors are waiting to see if prices can rally back to $1,750 an ounce.


While gold has room to move higher in the near-term, many analysts are not expecting to see any sustainable breakout anytime soon.


Currency analysts have said that the U.S. dollar remains the most attractive global currency as the Federal Reserve maintains its aggressive monetary policy stance.


I am still bullish on the U.S. dollar because the Fed is in a better position to instill confidence in their currency compared to the Bank of England or the European Central Bank,” said David Madden, market strategist at Equiti Capital, in a recent interview with Kitco News.


Currency analysts at Brown Brothers Harriman also remain bullish on the U.S. dollar and see the current price action as a short-term correction.


“In our view, nothing has changed fundamentally and the global backdrop continues to favor the dollar and U.S. assets in general,” the analysts said.

Some profit taking in King Dollar is also benefiting the base metals sector as hedge funds maintain a slightly bearish stance on copper.


Positioning in the copper market remains bearish as net shorts were relatively unchanged at 11,133 contracts. Speculative positioning in copper weighed on prices, which managed to hold support at $6.40 a pound.


The global economic outlook remains dismal and recession fears continue to grow, which continues to pose a risk to copper; however, Darin Newsom, president of Darin Newsom Analysis, said that the market is seeing some solid technical bullish momentum.


“We may not know the real reasons why copper is rallying, but the what is a new uptrend is being built on buying interest from both commercial. Noncommercial interests have been slow to react, as seen in recent CFTC Commitments of Traders reports (legacy/futures only, the only one that matters), with last week showing an increase in the group’s net-short futures position. This opens the door to a stronger rally in futures when this group starts to cover those short futures,” he said in a note Friday.

Archer Has A Huge Celebrity Fan (And It’s Perfect)

Boosie Badazz Says He Was The Only Celebrity To Show Up To His Own Movie...