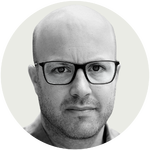 Ben Ginsberg’s office at the international law firm Jones Day was like a shrine to the old Republican Party.

Its walls and shelves were crowded with campaign artifacts that he had collected over the years, including on the trail with George W. Bush and Mitt Romney, whose presidential campaigns Ginsberg had helped run. In the summer of 2020, with Jones Day’s neoclassical building on Capitol Hill largely deserted because of Covid, Ginsberg started boxing the stuff up.

Week by week, Ginsberg had been feeling worse about his and his law firm’s work on Donald Trump’s campaign. Jones Day had begun representing Trump back in 2015, only months after Ginsberg and Don McGahn had arrived to set up a political law practice devoted to helping elect Republicans.

Since then, the firm had helped Trump shore up his support among conservatives; worked to staff the upper echelons of his administration; and defended him against sundry investigations. Now it was working for his 2020 re-election bid.

The president was intensifying his message about the risk of a rigged election, and he and his Republican Party had essentially declared war on mail-in voting and other policies that might encourage democratic participation at a time when large areas of the country were operating under Covid restrictions.

At one point, Ginsberg flagged his discomfort to Jones Day’s leader, Steve Brogan, describing Trump’s language as “beyond the pale.” Brogan, a staunch conservative, nodded and said he agreed. But that didn’t mean Jones Day would drop the Trump campaign as a client.

Another time, Ginsberg complained to Michael Glassner, a senior Trump campaign aide. Not only did Ginsberg object to what Trump was saying, but it was just stupid politics, he noted. Why oppose mail-in voting in the middle of a pandemic? (Glassner dismissed Ginsberg as an elitist and a prima donna.)

Other Jones Day lawyers, too, were getting anxious that Trump was laying the groundwork to try to overturn the election results if they didn’t go his way — and that Jones Day would end up being sucked into the ensuing disaster.

What would happen if Trump or his allies asked the firm to take on a case to challenge the election results? To sow doubts about the integrity of those results or the vote-counting process? To defend Trump if he refused to leave the White House?

These were crucial questions for Jones Day, the culmination of five years of having stood by an increasingly radical leader. For how long would the firm invoke its obligation to remain loyal to even the most dangerous clients?

The former president remains a potent force in Republican politics.

A time for choosing

In conversations with other partners, Ginsberg argued that Jones Day should pre-emptively draw a series of bright lines: It would not take cases that called into question the fairness of the election. It would not take cases in which it argued for voting restrictions, such as by banning ballot drop-boxes or discouraging the use of absentee voting. It would not participate in the further erosion of democratic norms.

Ginsberg, of course, was no political pacifist. This was a guy who, decades earlier, had conceived a redistricting initiative in the South that was intended to divide Democrats. He had helped attack John Kerry’s decorated record in Vietnam.

But this felt like a dangerous, decisive moment. The way Ginsberg saw it, no believer in the rule of law — and certainly no respectable law firm — should flirt with the antidemocratic notions that Trump and more than a few of his backers were peddling.

Ginsberg was 69, and he didn’t want his last presidential campaign to involve helping a demagogue destroy democracy. It was time to take a stand.

That summer, Ginsberg, his neatly trimmed reddish beard long since having faded to white, told Brogan he was leaving the firm. The process of extracting someone from the Jones Day partnership normally took many months; Ginsberg wanted to accelerate it so that he could leave by Labor Day — and well before the November election. Brogan didn’t try to talk Ginsberg out of it.

When Ginsberg told McGahn, McGahn laughed it off. “You’ll be back in January when you get bored,” he predicted.

He left the office for the final time the last week of August. Days later, he was booked to appear on NBC’s “Meet the Press” to discuss the homestretch of the presidential race. Ginsberg would be on with Marc Elias, the Democratic Party’s most prominent election lawyer and a fierce partisan warrior.

How Times reporters cover politics. We rely on our journalists to be independent observers. So while Times staff members may vote, they are not allowed to endorse or campaign for candidates or political causes. This includes participating in marches or rallies in support of a movement or giving money to, or raising money for, any political candidate or election cause.

Beforehand, Ginsberg reached out to Elias and asked him to please not paint him as a pro-Trump vote suppressor. Elias didn’t know what to make of this, but he had enough respect for Ginsberg that he agreed to pull his punches.

“So, Ben, welcome to retirement, I guess,” Chuck Todd, the “Meet the Press” host, said as he introduced Ginsberg on TV. Viewers were treated to 12 parched minutes of discourse about the minutiae of state laws governing the counting of votes.

When Todd asked Ginsberg whether Trump was inviting fraud by encouraging his supporters to try to vote twice, Ginsberg dodged, referring to Trump’s “mangled syntax.” (“What’s new?” Elias snarked in the background, and Ginsberg chuckled. It was the closest the show got to drama.) Ginsberg didn’t condone Trump’s efforts to question the integrity of the election, but he didn’t denounce them either.

Todd looked bored. “Ben, good luck with retirement,” he said, wrapping things up. “It’ll suck you back in, my friend.”

“It may,” Ginsberg allowed.

Two days later, it became clear that Ginsberg had no intention of fading away quietly. He had written a fiery opinion piece for The Washington Post condemning the entire Republican apparatus, which Ginsberg said was complicit with the president’s assault on democracy.

The piece ran on Sept. 8, two months before Election Day. Ginsberg blasted Trump and the Republican Party for fear-mongering about voter fraud to help the G.O.P. win more votes: “transactional hypocrisy designed to provide an electoral advantage,” as Ginsberg put it.

“The president’s rhetoric has put my party in the position of a firefighter who deliberately sets fires to look like a hero putting them out,” he continued. “Republicans need to take a hard look before advocating laws that actually do limit the franchise of otherwise qualified voters. Calling elections ‘fraudulent’ and results ‘rigged’ with almost nonexistent evidence is antithetical to being the ‘rule of law’ party.”

These were strong words, and they were made stronger because Ginsberg was a prominent Republican lawyer who, until very recently, had represented the Trump campaign.

Inside that campaign, Michael Glassner was already irate that Ginsberg was bailing so soon before the election. The Post piece felt like a betrayal. Glassner called Jones Day and lodged a complaint that Ginsberg, by attacking his recent client, was violating professional ethics.

To Ginsberg, this was exactly backward. Sticking to his core principles was the embodiment of ethics — even if it meant turning his back on a client. He couldn’t afford to be complicit any longer.

Marc Elias read Ginsberg’s piece in The Post. Now it made sense why he’d asked Elias, before “Meet the Press,” to avoid tarring him as part of the problem. Elias called Ginsberg.

“Thank you,” he said, “for standing up for democracy.”

Introducing ‘The Tilt,’ a newsletter about elections and polling

Nate Cohn, the chief political analyst for The Times and a must-follow on Twitter every election night, now has a newsletter. You can sign up for it here.

Called “The Tilt” and arriving in inboxes twice a week or more, the newsletter will offer analysis on elections and polling in the run-up to the November midterm elections — and beyond.

Read his first entry, in which he warns that yes, the polling warning signs are flashing again.

What to read tonight

Thank you for reading On Politics, and for being a subscriber to The New York Times. — Blake

Read past editions of the newsletter here.

If you’re enjoying what you’re reading, please consider recommending it to others. They can sign up here. Browse all of our subscriber-only newsletters here.

Have feedback? Ideas for coverage? We’d love to hear from you. Email us at [email protected]

Ten days that shook the British political world: the inside story of Tory collapse | Conservatives