Home News Stock Market How to Invest in Stocks With Volatility High As the Fed Hikes:... 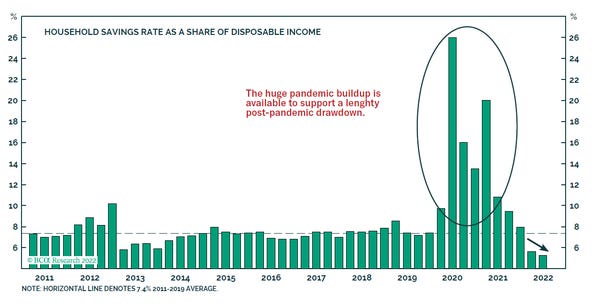 
UBS may be slightly bearish on stocks heading into year-end, but its market outlook from there onward is hardly all doom and gloom.

But there are still plenty of headaches investors may run into, said David Lefkowitz, the head of equities Americas at UBS Global Wealth Management, in a recent interview with Insider. For example, a misstep by the Federal Reserve could cause a downturn in 2023, persistent inflation might continue to weigh on consumers, and lower earnings revisions may hurt stocks further.

Below is Lefkowitz’s outlook for Fed policy, inflation, the economy, and earnings in the next nine months, as well as three sector ideas for navigating the resulting complicated investing landscape.

While UBS is banking on a continued economic expansion, Lefkowitz acknowledged that the risk of a so-called “labor market recession” in which the unemployment rate rises substantially is “still pretty elevated.” Recent comments from Fed president Jerome Powell make him uneasy.

“It’s clear that from Powell’s comments at Jackson Hole he characterized the labor market as unbalanced,” Lefkowitz told Insider. “So they do want to see some better matching of supply and demand in the labor market. And there’s definitely a risk that through this process of raising interest rates, they do tip us into some sort of labor market recession.”

Investors are anxiously awaiting the US central bank’s September 21 meeting in which Powell and company will decide whether to raise interest rates by 50 or 75 basis points. Markets are currently pricing in an overwhelming chance of a larger hike, which would help bring down sky-high inflation but could also damage the economy.

UBS’s call for a smaller hike of 50 basis points puts it in the minority. There’s a narrow margin for error in the labor market, Lefkowitz noted, and the fact that inflation appears to have peaked means that a more restrained approach may be warranted. Otherwise, stocks could take a hit.

“The challenge is that the outlook for equities really, in large part, is in the hands of Jay Powell,” Lefkowitz said.

Lefkowitz added: “The higher they go and the longer they do keep it at those levels, that’s just going to continue to put downward pressure on corporate profit growth and things like that.”

UBS isn’t calling for an outsized interest rate hike because it believes that price growth will undershoot expectations, Lefkowitz said. Unlike the market, the firm thinks the data-dependent Fed will stop raising the Federal Funds rate in December at a range of 3.25-3.50%.

That thesis is based on what UBS believes will be a “pretty substantial fall” in inflation to 2.2% by the end of 2023, Lefkowitz said. That’s considerably below the consensus headline estimate of 2.7%, the equities head noted. A quick decline in inflation would allow the Fed to back off.

If the US central bank opts to take an all-out approach to stopping already-fading inflation, Lefkowitz acknowledged that it likely won’t just be the labor market that goes into a recession.

In fact, given the Fed’s apparent hawkish tilt, he said the chance of a downturn is much higher than normal and almost as likely as the odds of an uneventful soft landing.

However, the US isn’t in a recession right now, Lefkowitz said, adding a 2023 downturn is far more likely and that it’s “premature” to say that the economy will enter one in the fourth quarter.

Lefkowitz isn’t alone in that view. Doug Peta, the chief US investment strategist at BCA Research, also told Insider in a recent interview that the US won’t go into a recession until 2024 or the “second half of 2023 at the earliest.” Both strategists gave the same reasoning, verbatim: “monetary policy works with a lag,” meaning that the Fed’s policy isn’t having its full effect yet.

“It seems to me that markets are anticipating a really nasty recession and that they have anticipated that it’s going to start sometime this year,” Peta told Insider. “And I think equities got ahead of themselves.”

If there is a recession in 2023, Peta said that it would likely be worse than the 1990-91 and 2001 downturns but not as bad as the financial crisis since there aren’t big distortions to iron out.

Earnings will weaken, even as consumers stay afloat

“Everyone’s going to come down to us,” Lefkowitz said.

Peta, the BCA Research strategy chief, was more constructive and said that earnings growth “ought to hold up.” His reasoning is that American consumers are financially healthy and still have pandemic-era stimulus that will keep both the economy and corporate earnings afloat.

“I fervently believe that the American consumer’s demise has been greatly exaggerated,” Peta said.

Lefkowitz took a slightly different angle and said that the strength of consumer spending will be heavily dependent on the labor market, which will be greatly influenced by Fed policy, which, in turn, will be shaped by how inflation impacts the economy.

This macroeconomic backdrop is enough to make investors’ heads turn. Fortunately, Lefkowitz has simple advice for constructing a portfolio that can win right now.

The equities head recommends taking a “defensive posture” by investing in stocks in the consumer staples and healthcare sectors while also having exposure to the more economically sensitive energy sector for diversification and to benefit from a tight oil market. Lefkowitz is steering clear of the cyclical consumer discretionary and materials sectors.

Posthaste: Millions of Canadians are losing confidence in the stock market and plan to cash out

What could an emergency interest rate hike mean for the stock market?