Home News World News how she’s dealt with his drama 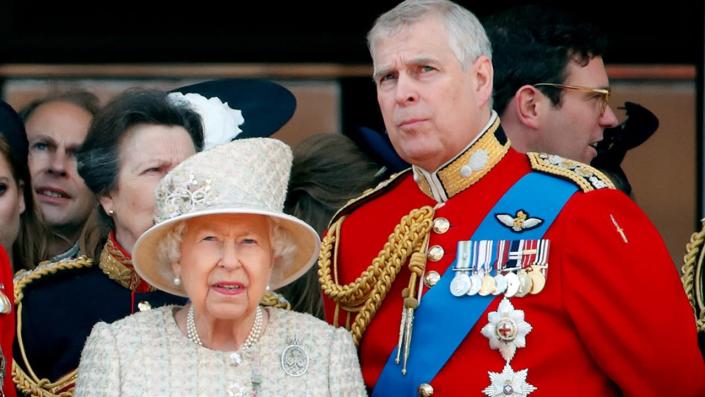 
Decades after their divorce, Prince Andrew and his ex-wife, Sarah Ferguson, are still living together, soon to be joined by the late Queen Elizabeth II’s corgis.

The Duke and Duchess of York gifted the fallen monarch two of her favorite breed of dogs in 2021 after her husband, Prince Philip, died in April.

But beyond this happy fact lies a much more peculiar situation: the fact that the ex couple still lives together, even as Fergie, as Ferguson is affectionately known, has been forced to deal with the fallout from the civil sexual abuse case brought against Andrew.

“They still live together at Royal Lodge and she [Fergie] speaks glowingly about him,” Shannon Felton Spence, a former British public affairs officer and royal expert told Fox News Digital. “And they have now been joined by the queen’s corgis. She constantly talks about how she got the best looking prince. They have maintained an extremely close relationship.”

At closer glance, Fergie’s fondness for her ex-husband may have to do with the fact that the couple has steadfastly continued to prioritize raising their two daughters together ever since their divorce in 1996: Princesses Eugenie, 32, and Beatrice, 34.

“By all accounts the Yorks are a very tight-knit family,” Spence explained. “A real unit. The Epstein scandal will have been very difficult, particularly for his daughters Princesses Eugenie and Beatrice, and at a time when they were starting their own families. I imagine the duchess’s primary concerns were of her daughters and grandchildren through it all.”

A woman named Virginia Giuffre sued Andrew in 2021, alleging that she was sexually abused by the Duke of York on three occasions when she was under 18 at the behest of the late financier Jeffrey Epstein and disgraced British socialite Ghislaine Maxwell. Both sides announced a settlement agreement in February 2022, a month before Andrew was set to be deposed in the case.

Just a few weeks later, in March 2022, Andrew and Giuffre entered a signed agreement to officially dismiss the civil sexual abuse case she brought against the royal after he allegedly paid more than $16 million to settle the embarrassing lawsuit. While the parties did not disclose the sum of the settlement in court papers, the Daily Telegraph reported the amount as $16.3 million.

Through all the drama and scandal, Andrew had denied the allegations, which ultimately forced him to give up his public duties and royal patronages.

Meanwhile, on Monday, a protester was arrested after heckling Andrew during the queen’s funeral procession in Edinburgh, Scotland.

Buckle up for a hard landing

Insiders at PENN Entertainment, Inc. (NASDAQ:PENN) recouped some losses this week after buying this year,...