New York’s 8th congressional district carves a ‘U’ through Brooklyn, with Coney Island at one end and Bed-Stuy at the other.

It is home to tony brownstone neighborhoods and sprawling public housing developments.

It’s these Brooklyn streets that helped shape Rep. Hakeem Jeffries, his politics, and the legislative causes he champions

What You Need To Know

Jeffries is a lifelong member of the Cornerstone Baptist Church. He was raised in nearby Crown Heights as crack cocaine use surged. And while in law school at New York University, he worked at a legal clinic helping young people from Brooklyn in trouble with the law.

“We were handling cases in the very community that he grew up in and neighboring communities,” remembers NYU Law Professor Randy Hertz. 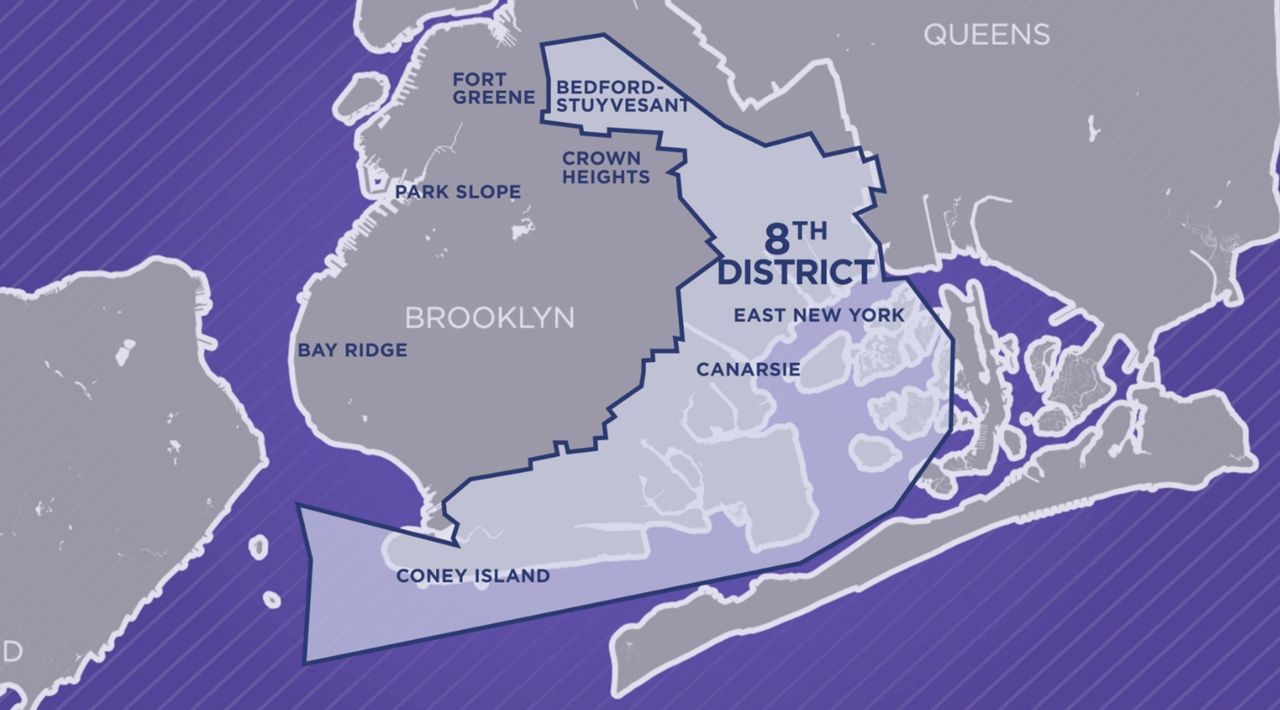 “[Jeffries] showed innate empathy for the people in the community, and the kinds of things that caused people to get involved in the criminal legal system, and made it so hard for them to succeed,” Hertz continued.

These experiences, Jeffries says, helped lead him to focus on criminal justice reform legislation in the state Assembly and later in Congress.

“I think over time it did inform that if I had the opportunity to go into the practice of law, or eventually public service, that I wanted to do something about the broken criminal justice system that clearly existed, the mass incarceration, and the prison industrial complex,” Jeffries said in an interview with NY1 — his first in his new leadership office just steps from the House floor.

In Albany as a state Assemblyman, Jeffries helped lead efforts to end so-called prison gerrymandering — the practice of counting inmates as residents of the towns where they are incarcerated instead of where they came from, depriving their communities of origin political clout in the process.

“The prior system was unfair, unjust and undemocratic,” Jeffries told Spectrum News’s Capital Tonight program in 2011.

He also sponsored legislation taking aim at the NYPD’s controversial stop-and-frisk program, banning the preservation of a database of personal information from those stopped but not charged with a crime.

“He worked on the issue of stop and frisk before it was popular to do so,” said Queens Rep. Grace Meng, who previously served alongside Jeffries in the state Assembly.

In Congress, Jeffries teamed up with Georgia Republican Doug Collins in 2018 to pass sweeping reforms of the federal prison system. 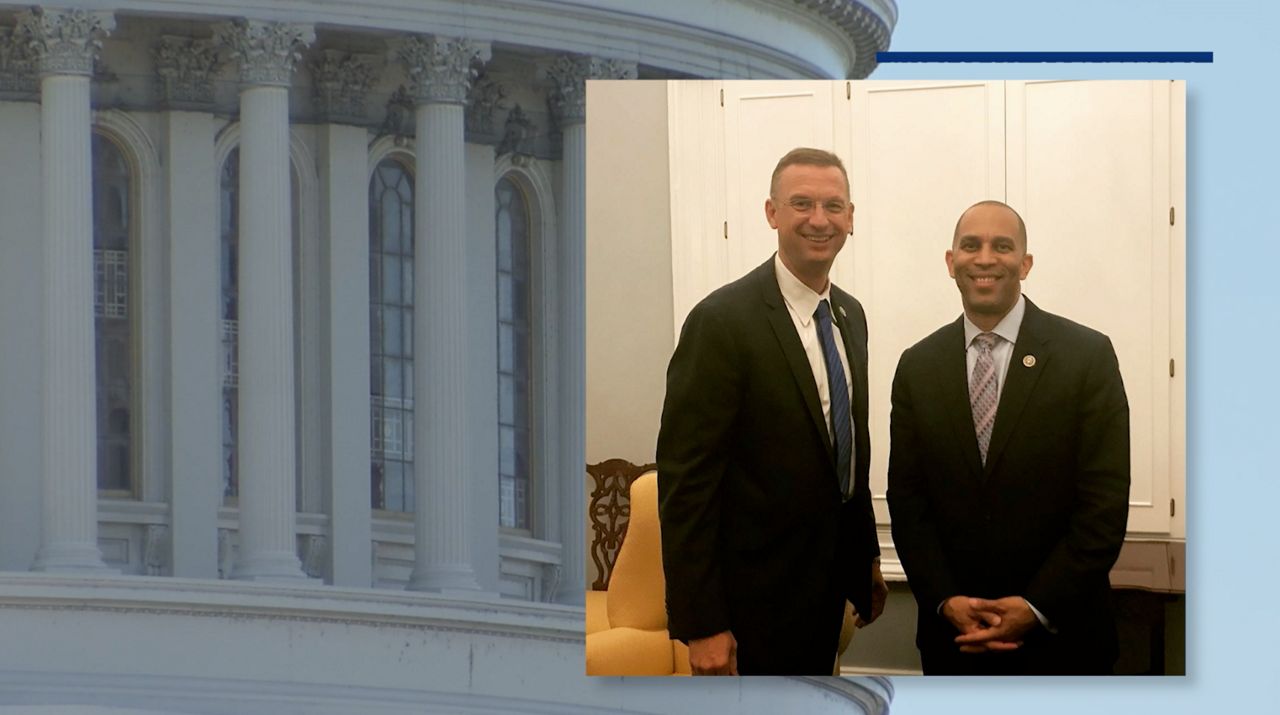 “He was even able to get one of the few bills through during the Dark Ages of the former president of the United States. And so I thought that was tremendous,” said Queens Rep. Gregory Meeks, a Jeffries ally, referring to the president of Donald Trump.

There have been some legislative letdowns, too. Jeffries has been unable to pass into law a bill ending the sentencing disparity between crack and powder cocaine — a disparity that disproportionately harms Black Americans.

Jeffries also has struggled to corral enough support to ban police chokeholds — legislation he introduced in light of Eric Garner’s death while being arrested by the NYPD. 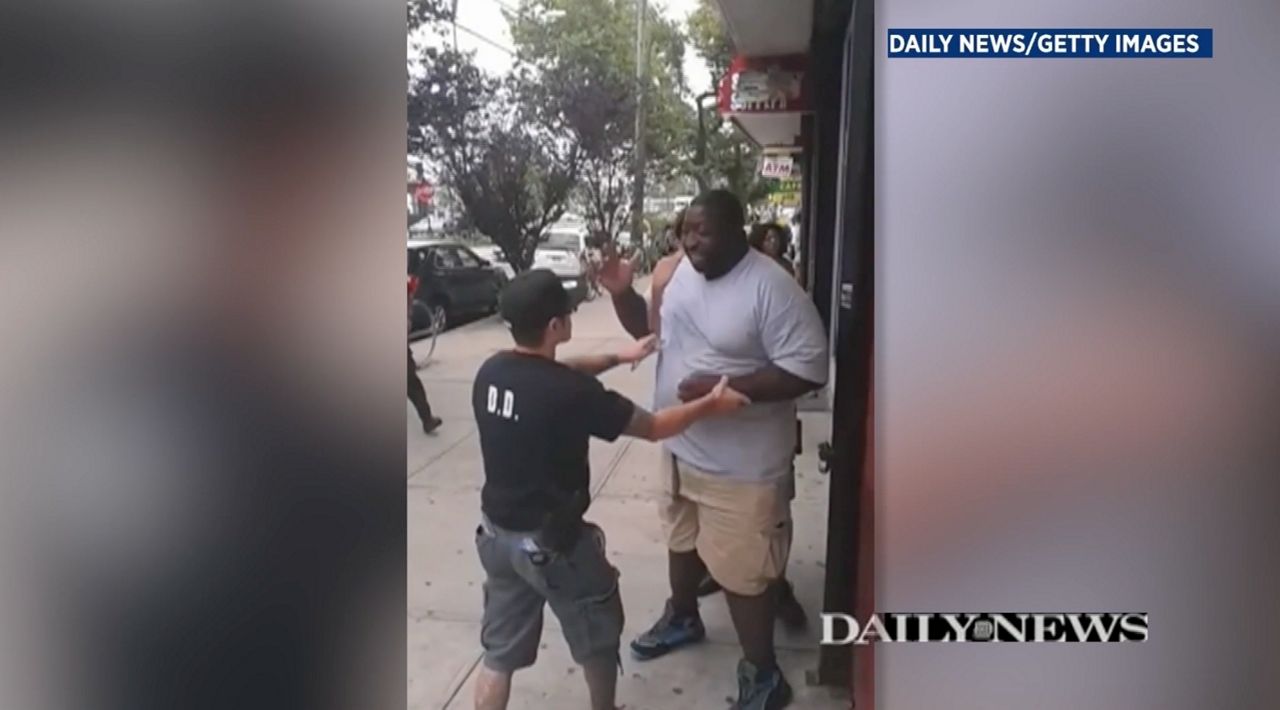 Rep. Hakeem Jeffries has struggled to garner support to ban police chokeholds in Congress, legislation he introduced after Eric Garner died during an NYPD arrest on Staten Island in 2014. (NY1 Photo)

Working with the GOP

Jeffries’ ability to get things done will likely get harder now that Republicans are the majority party in the House.

Reflecting back, Jeffries said he was pleasantly surprised when Republicans joined in on the First Step Act and would like to see if they could now do more.

“It’s my hope that we can continue to lean into bipartisan negotiations as it relates to right-sizing our criminal justice system, and making sure that we can elevate public safety,” he said.

Jeffries said he will work with Republicans when possible, but push back on what he labels extremism.

“One of the best skills a legislator can have is to be willing to communicate with anybody in a constructive way, about how to get things done. And that’s exactly the approach that he’s taken,” the Virginian said, describing Jeffries as someone “open to compromise.”

Some Republicans now in Congress are skeptical of their ability to work with the new Democratic leader.

“The Democrats picked someone that’s in line with their ideology up here, he’s very far left,” said Rep. James Comer of Kentucky.

Others, at least so far, are not entirely writing him off.

“I have served with Hakeem Jeffries in the state assembly. I’ve always found him to be a straight up individual who is willing to listen and have a conversation, said Rep. Nicole Malliotakis of Staten Island and parts of Brooklyn. “I hope he keeps that.”

Rep. Greg Murphy, of North Carolina, said “maybe we would finally have a reasonable leader of the Democratic party, who isn’t so partisan. Maybe he is somebody we can work with.”

“That remains to be seen,” he continued.

The remaining segment will premiere later this week.