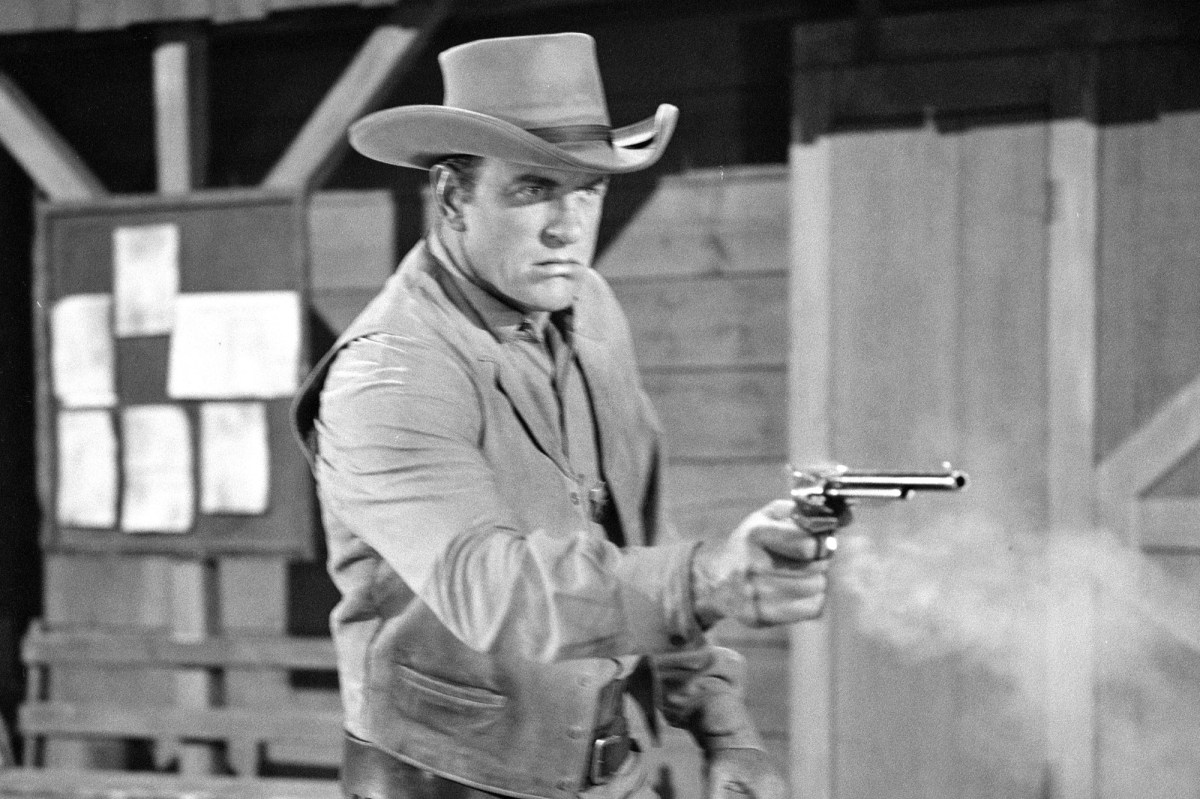 
Gunsmoke was a television staple until CBS decided to cancel it. The show encountered some hard times over the course of its run, but it had a habit of making a comeback. It’s one of the longest-running live-action shows out there, further legitimizing its legacy. However, producer John Mantley once explained why he thinks CBS sabotaged Gunsmoke to cancel it.

‘Gunsmoke’ picked up in ratings after a viewership dip

According to John Peel’s book, The Gunsmoke Years, the show encountered viewership issues ahead of the decision to cancel it. However, that’s why the decision was made to fire producer Norman Macdonnell, who worked on the show for its first eight years. Mantley was brought aboard as part of the new creative team to help turn things around, and they managed to succeed for some time.

Mantley explained that he had a lot on his plate at the time. He was simultaneously working on both Gunsmoke and The Wild, Wild West. Even so, he managed to make some notable improvements to Gunsmoke.

“At that point, Gunsmoke was beginning to pick up,” Mantley said. “At least it was stabilized and no longer slipping.”

CBS moved to cancel ‘Gunsmoke’ after sabotaging its time slot, according to producer John Mantley

According to Mantley, CBS decided to cancel Gunsmoke in 1967 after its slip in ratings. However, it returned to the air because studio head William Paley loved the show. Gunsmoke came back in an undesirable Monday timeslot.

“No one will ever convince me that the powers-that-be did not put Gunsmoke on Monday nights except to prove to Mr. Paley that they were right in having canceled it,” Mantley said. “Gunsmoke had been on Saturday night since its inception and had been very successful there.”

He acknowledged that CBS initially moved to cancel Gunsmoke because of its ratings slipping, but Paley didn’t care about its difficulties.

“Mr. Paley was very upset when he returned from his vacation, for it was always one of his favorite shows,” Mantley recalled. “There was also a tremendous outcry. I still have the Congressional Record for the day that a senator castigated the Network for removing a classic.”

However, Mantley also recalled that a handful of Midwestern television stations wouldn’t carry any CBS programming if they didn’t include Gunsmoke in their lineup.

CBS ultimately brought Gunsmoke back after making the initial decision to cancel it. However, they put it up against some serious competition that it didn’t face previously.

“We were on the air against The Monkees, which was the second or third highest-rate program on the air at that time,” Mantley said. “That faced our first half-hour. The second half-hour faced The Man From UNCLE, which was also in the top of the ratings.”

Nevertheless, Gunsmoke would outlast its competition and remain steady in the ratings for quite some time. It wouldn’t see its final cancelation until 1975.

The reasons why the device explodes and how to prevent it

Toyota Is Shutting Down Its Russian Factory