“These steps will immediately lower the monthly expenses of every household in Israel,” Netanyahu said, adding that because these are the basic expenses that affect the whole economy, reducing their costs would be like “putting sticks in the wheel of inflation,” which hit 5.3% at the end of 2022.

Alongside Smotrich, Netanyahu told journalists that his government’s four-point plan will: institute a one-year freeze in municipal property tax rates; reduce excise fuel taxes by NIS 0.10 a liter until the end of 2023, effectively rolling back the January NIS 0.09 fuel price hike, as 95-octane gas prices are set monthly by the government; reduce the January-scheduled 8.2% electricity price hike to only 2.5%; and similarly, reduce the planned 3.5% water price increase to only 1%.

Branding the plan as “emergency measures,” Netanyahu and Smotrich promised that further initiatives, including addressing the housing crisis, fulfilling a Likud election promise to provide free early childhood education, and reforms to decrease competition will accompany the state budget formation process. Amid high inflation, soaring housing prices and macroeconomic pressures, combating the cost of living is a top-of-mind issue for Israeli voters, and a central election promise from Netanyahu and his right-wing and religious coalition partners.

While not a comprehensive plan of attack, Netanyahu said that core rate freezes and hike reductions will “slow down the pace of inflation and start to turn the wheel backwards.” A number of major manufacturers recently announced significant price hikes, citing in part rising energy costs. It’s unclear if those manufacturers will now roll back prices, or reap the windfall.

As an additional measure to help ameliorate the remaining 2.5% energy price hike, the prime minister and finance minister said that 300,000 of Israel’s neediest will receive a NIS 200 ($58) grant to help cover increased electricity costs now, which the Prime Minister’s Office later clarified is instead of waiting until October for a standard heating grant administered by social security. It is unclear whether this small grant will be supplemental to the larger October grant, or an advance towards the sum.

In addition, 100,000 small and medium-sized businesses will see no electricity rate rise. The parameters for determining this benefit, and its duration, were not disclosed. 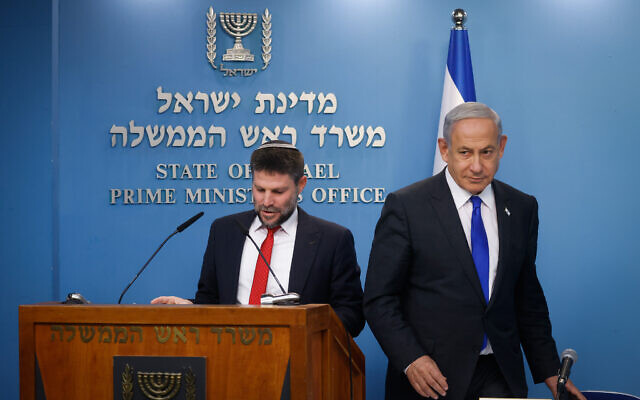 Smotrich also said that earlier this month state subsidies were raised for the handicapped and elderly, and income tax, social security and health tax brackets were adjusted in line with wage and consumer price index increases, according to the Prime Minister’s Office. The value of income tax credits was also slightly increased, from NIS 223 to NIS 235.

Examples provided by the Prime Minister’s Office cited cost reductions ranging from NIS 70 a month for a single, median-wage earner with no children to NIS 368 for a two-working-parent, two-child household.

The plan failed to mention whether the government will extend tax credits to working parents of children aged 6 to 12, enacted last year by former finance minister Avigdor Liberman and set to expire in February.

Smotrich said that “most of these changes don’t require budget allocations” and can go into effect immediately. Much debate has swirled around how to handle municipal property tax rate freezes, as the measure deducts an expected 1.37% increase in funds from city coffers. The finance minister said that the Treasury will find a way to bridge gaps.

The policies presented were in line with other measures announced last February by Liberman, during his short year-and-a-half tenure at the helm of state finances. Smotrich, a free-market enthusiast like Liberman and Netanyahu, said he plans to follow a similar barrier-blasting path to his predecessor. 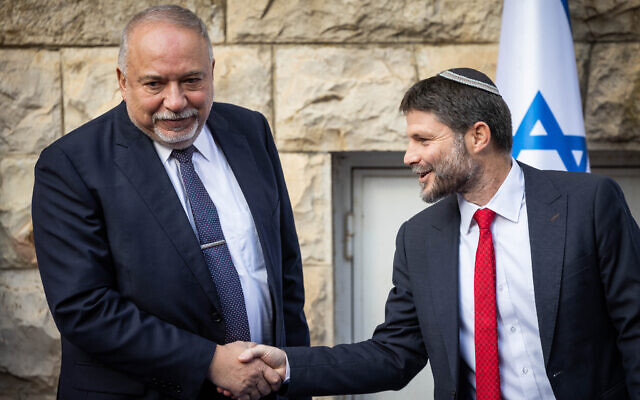 Reaffirming his commitment to push reforms dealing with Israel’s high level of market concentration, to increase competition, break monopolies in food manufacturing and production, and reduce regulation and bureaucracy, Smotrich said he plans to present related policies alongside the state budget.

However, Smotrich is only scheduled to hold the country’s purse strings for half of the government’s term. In 2025, Shas leader Aryeh Deri — one of the Knesset’s most economically socialist politicians — is set to swap him out and may follow a different line — if his ministerial bid is not struck down by the High Court.

In the meantime, Smotrich also nodded to an initiative he recently pressed to get lawmakers and top civil servants to agree to reduce their nearly 15% salary bumps to only 5.1% raises, a measure that still needs Knesset approval.

“This is an important step of setting an example and responsibility,” Smotrich said, “in order not to burden the state budget and the crisis.”

In January, the Bank of Israel raised the interest rate to 3.75%, employing its highest level since 2008 in an effort to curb inflation. Home prices have increased 20% since January 2022, according to Channel 12.

An Israel Democracy Institute study found that real price differences are wildly divergent between Israel and the United States, with Israel’s price level 40% above the US’s in 2021 and the real purchasing power of wages 44% less than in the States. Israel prices soared 17% higher than the Eurozone in the same year, while the real purchasing power of Israel wages floated 10% below the same area.