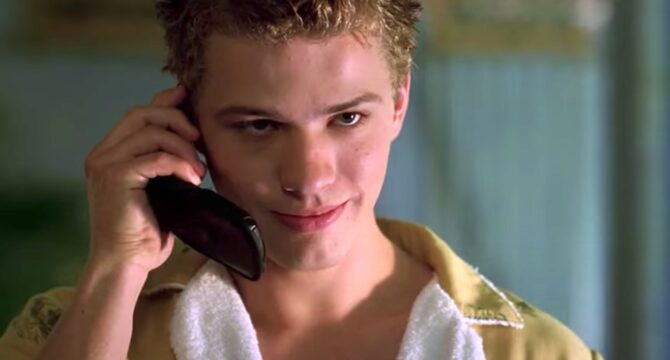 Who among us hasn’t stared at a movie screen, TV set, or magazine page with jaw agape and heartbeat racing? But as you’ll see below, gay bros’ celebrity crushes—as listed in a recent Reddit thread—need not be male or even human! Scroll down to see the famous figures that had young impressionable gays figuring out a thing or two about their sexualities, along with any commentary from their Reddit nominators.

“I am Chris O’Donnell in Batman & Robin years old.”

“I’m not into older guys, but Chris Meloni is the thiccest masculine man you’ll ever meet.”

“The pool scene in Cruel Intentions was my first little gay awakening.”

“…when I saw him in the film Swordfish with Halle Berry. I still have a crush on him to do this day.”

“Marky Mark in those CK underwear ads. I still have a thing for him.”

Related: What was the first time you saw anything gay in popular media?

“I’m pretty sure it was Disney’s Robin Hood (the fox).”

“But specifically the ‘90s version of him.”