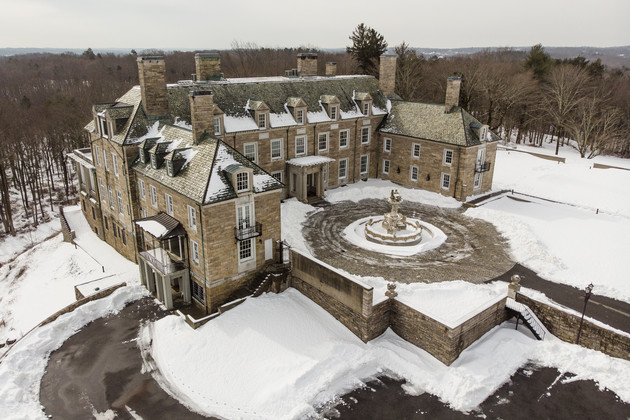 
“Conservation easements,” as the donations are known in tax parlance, are perfectly legal and supported by conservation advocates who consider them a valuable tool for preserving open space for wildlife, protecting wetlands and other purposes.

But unscrupulous landowners and investors can game the system.

The IRS and lawmakers from both parties have been trying to rein in the fraud, mostly focusing on “syndicated” easement deals in which promoters, investors and appraisers team up to profit off the tax deduction.

In Trump’s case, he and his business were acting on their own rather than as a syndicate, James alleges. But the suit is likely to draw attention to the wider problem of conservation easement tax breaks.

“There are many ways to abuse the conservation easement deduction, say, by inflating the valuation of the donation or violating the terms of the easement,” said Adam Looney, an economist at the Brookings Institution who has studied the issue.

“Syndicated easements have basically weaponized the technology for widespread sale. But a single individual with a lot of money or real estate can just achieve the same outcome without having to pay the middle man.”

Trump has claimed conservation easements on several of his properties. James’ suit zeroed in on two in particular — at his Seven Springs estate in Westchester County, N.Y., and at the Trump National Golf Club in Los Angeles County.

Trump and his business “manipulated the appraisals to inflate the value of the donated development rights with respect to both conservation easements,” according to the suit.

In the case Seven Springs, a 2016 appraisal concealed from appraisers several problems with the property that would have lowered its estimated value, which “ultimately, and fraudulently, reduced Mr. Trump’s tax liability by more than $3.5 million,” James alleged.

She accused Trump of following the same pattern at the L.A. County golf club, though the suit didn’t put a number on how much it boosted Trump’s tax break in that instance.

While the allegations against Trump don’t involve a syndicated easement, they are likely to bring that issue more attention, too. Investors have been known to make several times their initial stake in the land deals.

Both the IRS and a bipartisan group of lawmakers, including Senate Finance Chair Ron Wyden (D-Ore.) and Sen. Chuck Grassley (R-Iowa), a former Finance chair, have sought to crack down on those schemes.

In recent years, the IRS has brought more investigative firepower to bear on syndicated easements. The IRS says it now examines 100 percent of those deals and has challenged hundreds in court.

Nonetheless, IRS Commissioner Chuck Rettig has told lawmakers that the IRS hasn’t been able to stem the growing volume of such schemes and asked for help from Congress.

Lawmakers in both parties agreed to carve $8 billion out of the tax break, by making it harder to claim, and use that money to finance a package of retirement-related breaks.

They hope to get the bill to President Joe Biden’s desk later this year.

Wyden said in a statement on Wednesday that he was particularly concerned about the conservation easement part of the lawsuit against the Trumps, adding that it underscored why Congress should pass the bipartisan measure.

The allegations, Wyden added, also illustrated why Democrats were right to send an extra $80 billion to the IRS over the next decade.

“This case shows the importance of our investments to rebuild the IRS,” he said. “This is the kind of cheating that goes on when the IRS is outgunned by the likes of Donald Trump’s armies of lawyers.”

Brian Faler contributed to this report.

Market noise might be throwing investors off in the fourth quarter: Morning Brief

M3 Chip for Macs and A17 Chip for iPhone 15 Pro Will Reportedly Use TSMC’s...