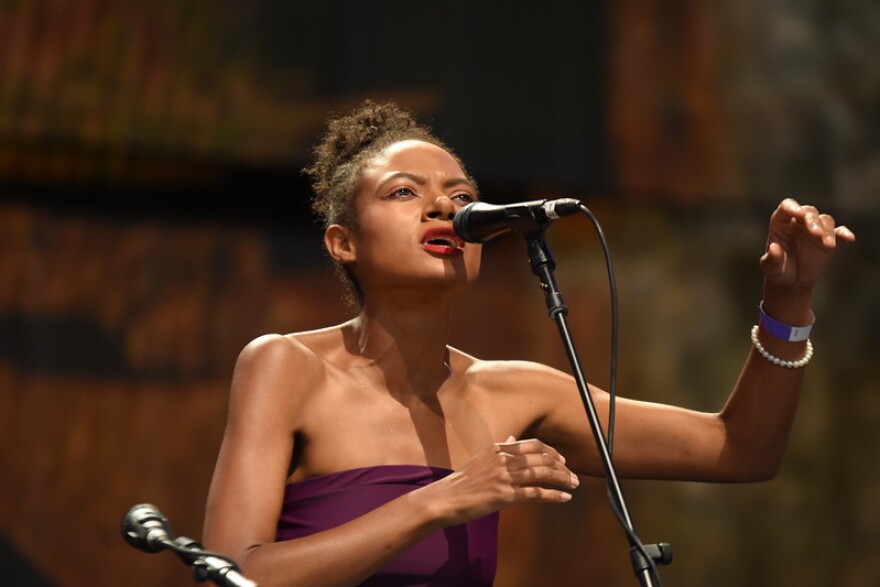 
The year was 2020, and like most things in the world, the Farm Aid music festival had gone virtual. As the live-streamed concert wrapped up, country music icon — and co-creator of the festival — Willie Nelson appeared on-screen with his sons Lukas and Micah to encourage the support of local farmers across America. The group suggested that in these trying times, folks at home could even start their own garden as a pandemic hobby.

“Grow anything you can!” Willie said with a sly smile and a chuckle.

Farm Aid will be back in Raleigh for the second time in the festival’s history Saturday, and the 89-year-old Nelson and his family are the headliners of the show. They’ll be joined at the Coastal Creek Credit Union Music Park at Walnut Creek by Sheryl Crow, Dave Matthews, John Mellencamp and Allison Russell, among others.

The music festival is held each year in support of family farmers and good food. The idea was born out of the famous Live Aid benefit concert in 1985, and since then, more than $64 million has been raised to help farmers. This year, the organization’s top issues are climate change, racial justice, and North Carolina agriculture, the latter of which is home to 45,100 farms and provides 17.5% of all the jobs in the state.

“A thriving movement — especially of young farmers; BIPOC farmers, and women farmers — is leading the way for conversations, strategies and change to create a more democratic farm and food system that can sustain us,” a release from the organization said. “Now more than ever, people are aware of the fragility of and injustices embedded in our farm and food system, and the urgency to build a democratic, diverse and resilient family farm-centered agriculture system.”

All of the food served will feature ingredients that are sustainably produced by family farmers. Some of those highlights include food from Tastiest Corner in Durham, Ran-Lew Milk Company from Snow Camp, The Pit Authentic Barbecue in Raleigh, and Triangle-based Dusty Donuts.

Festival-goers can stop by the Homegrown Village to learn more about soil, water, energy, and farming. A seed swap kicks off at noon. A presentation on backyard animals starts at 1 p.m., and another about gourmet mushroom growing at 2 p.m.

Farm Aid last came to the Triangle in 2014. Neil Young, who is a board member and co-founder of the event but will not perform this year, kicked things off at the press event with a rant.

“We love doing Farm Aid, but we don’t love that we’re doing Farm Aid,” Young said as he sat alongside board members, Willie Nelson, John Mellencamp, Dave Matthews. “This isn’t a celebration; it’s a mission.”

Nathaniel Rateliff and the Night Sweats were originally slated to perform. That show has been canceled because of a positive COVID case in the band.

2 Potential Paths for the Stock Market