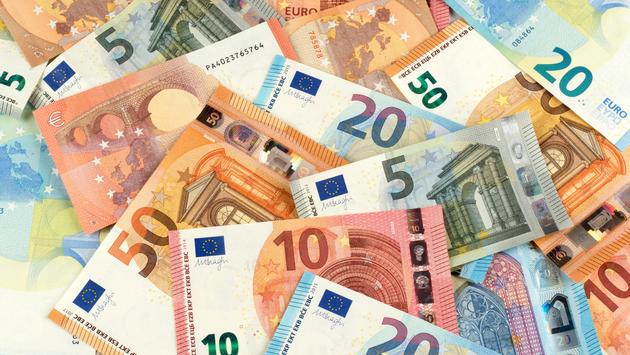 Cruising around in the car, singing along to “A Thousand Miles” by Vanessa Carlton?

Chuckling like I was as your friend showed you their clunky, just-released camera phone, thinking “well, that’ll never catch on”?

Or were you over in Europe, sipping a very affordable Aperol Spritz in the sun, basking in the fact the dollar was enjoying an exceptionally strong exchange rate against the brand new euro?

If you were, you were blissfully unaware that the dollar’s value against the euro was going to fall—and fall hard—eventually bottoming out in the spring of 2008, when one USD was equal to only approximately 62 euro cents. While the exchange rate has been much more favorable in recent years, the dollar never gained parity with the euro.

Yep, it’s time to dust off your low-rise jeans and make a hair appointment for some frosted tips, because, for the first time since the summer of ‘02, the US dollar is now roughly equal to one euro.

(In late August, the dollar was actually worth more than the euro and at the time of writing is equal to 99 euro cents, but for the last month or so, it has essentially been hovering at 1:1 every day.)

Why has it happened? A very complicated brew of things having to do with interest rates, inflation and the war in Ukraine and other random factors.

What it means though is Europe is now as friendly to the wallet as it’s been in 20 years.

Think of it this way: if a couple headed to Europe for a 10-day trip in the 2010s when the dollar was sitting at a value of 80 euro cents (much better than 2008, but nowhere near the 1:1 we have today), and after their flight expenses, they budgeted a reasonable 400 euros per day for hotels, sightseeing and meals, that would have cost them $5,000.

Oh, and the same general thing applies in the UK too, where the dollar recently hit its highest value against the pound since 1985.

Of course, there has been some inflation on both sides of the Atlantic, but the main takeaway is that Europe is essentially on sale right and since autumn is arguably the best time to be here, the big question is … what are you waiting for?

If you need an excuse to call your travel advisor, how about these:

The Fests Are Finally Back

After a three-year hiatus, Oktoberfest returns to Munich (September 17-October 4) while Cannstatter Volksfest is back in Stuttgart (September 23-October 9). They are both so much more than just beer-drinking bacchanalias, with traditional food, music and dress just as ingrained in their identities as raising a stein. This is to say nothing of the countless foodie-heaven harvest festivals dedicated to truffles, olive oil, chestnuts, wine, oysters and everything in between happening once again this year.

The Med’ Is Still Magnificent

The temperatures are idyllic and the water is warm through September and often well into mid-to-late October in coastal Spain, France, Italy, Croatia and Greece. The summer crowds have said goodbye, which makes this the ideal time to soak up the sunshine and good life in the dreamy towns and islands located on the Mediterranean Sea.

Europe Has Lovely Leaves, Too

North America doesn’t own exclusive rights to fantastic fall foliage, as you can find great leaf-peeping locations all over the continent. Thought those castles looked romantic before? Wait until you see them surrounded by streaks of orange and red. Or how about a hand-in-hand stroll through Paris or Prague with a coffee in your hand as leaves crunch under your feet all while gazing out over a skyline splashed with color?

How Cryptocurrency and Blockchain Affect the Online Casino Industry

Comedian Naomi Watanabe is Here to Show You How Hot Girls Travel — “How Girl...