Not long after Marvel, Lucasfilm, and 20th Century Studios showed their latest batch of content at the D23 Expo, HallD23 was packed to the brim once again for the showcase for Disney Branded Television, where they released new info on the shows coming to Disney+, Disney Junior, and Disney Channel. Raven-Symoné and Lily Singh, both of whom are starring in shows represented at the event, hosted the showcase and brought quite a few big names with them, so here is everything that was revealed at the Disney Branded Television Showcase.

The show began with a special live performance from the famous Electric Mayhem band, with all your favorite puppeted musicians performing, including the oh-so-iconic Animal on the drums. It was announced earlier this year that the Electric Mayhem would be getting there very own spin-off show on Disney+ with Singh set to star alongside them. Other than the performance of the song “Can You Picture That”, no footage from the project was shown.

COLLIDER VIDEO OF THE DAY

The next Disney+ series discussed is one based on a classic graphic novel which itself is based on a classic Chinese legend: Journey to the West. The worlds of Chinese mythology and the human high school life of one Jin Wang collide to create an action packed high school adventure, with a behind the scenes featurette showing some impressive practical effects and fight choreography. The show also comes with an impressive cast & crew, with major stars like Michelle Yeoh and Ke Huy Quan reuniting after Everything, Everywhere, All at Once and Shang-Chi and future Avengers: The Kang Dynasty filmmaker Destin Daniel Cretton directing.

Don’t let the lack of Nicolas Cage fool you. National Treasure: Edge of History is still very much set in the world of the original two films and will even feature a few returning favorites. After Catherine Zeta-Jones and the rest of the new cast of treasure protectors took the stage, they released a new trailer which featured the return of Harvey Keitel and Justin Bartha. New details offered also featured that iconic landmarks like the Alamo and Graceland will be a part of the series and that page 47 from the President’s Book of Secrets may also have a presence in the show.

Percy Jackson and the Olympians

Perhaps the most anticipated project of the showcase was the reboot of Percy Jackson and the Olympians, the second attempt to bring the massively popular book series to life, this time with original author Rick Riordan being heavily involved. The cast trio of Walker Scobell, Leah Jefferies, Aryan Simhadri introduced themselves as Percy, Annabeth, and Grover, before showing a fifty second teaser that shows a beautifully book-accurate Camp Halfblood.

With the holidays right around the corner, Disney took a quick pause in scripted program to show some more variety specials. The trio of programs includes Pentatonix: Around the World for the Holidays, The HIp Hop Nutcracker, and Best in Snow.

You can’t mention the holidays without bringing up the upcoming sequel series, The Santa Clauses, once again starring Tim Allen as the holly-jolly Scott Calvin. Allen and the rest of the cast debuted a new trailer that sets the stage for Scott Calvin’s retirement as Santa Claus. The trailer features a surprise cameo of football star Peyton Manning and also shows the return of David Krumholtz as former Elf Number 1 Bernard. More info and footage about the six episode series was shown at a dedicated panel for the show in the Premiere Stage at D23.

The next season for the hit revival of The Proud Family is set to arrive in 2023, but that didn’t stop the cast from announcing some pretty major guest stars coming to the animated sitcom. The names dropped in the showcase include Normani, Gabrielle Union, Leslie Odom Jr., and Chance the Rapper with possibly more yet to be revealed.

An original animated show based on the Marvel comic, Moon Girl and Devil Dinosaur is being produced by none other than Lawrence Fishburne, following the exploits of a genius superhero and her primitive but lovable red dinosaur. The show takes place not too far from Ms. Marvel in New Jersey marks the very first Marvel show to follow a female black teen. Fishburne will also be a character in the show as the Beyonder, who if you’re familiar with the comics, has a significant role in some certain Wars that are a Secret, though this take on the character will probably be a bit more comedic like the rest of the show.

Moving on to unscripted content, Disney+ received a huge get with the live-streaming rights to the final concert of Sir Elton John, the conclusion of his farewell tour at the same venue where one of his most iconic concerts took place.

Madu follows the young resident of Lagos, Nigeria whose clip of him dancing went viral. The docuseries premiering on Disney+ will show Anthony Madu’s real-life quest to the United Kingdom where he’ll enter one of the top dance schools in the world and hopefully become a trained professional in the art form.

A docuseries that says it all in the name, Choir chronicles the tales of the Detroit Youth Choir, who gained national attention after appearing on America’s Got Talent. After Being shown a new trailer, audience members were even treated to an special live performance from the choir itself.

A show about younglings might give Order 66 flashbacks to some, but don’t worry. The first ever pre-schooler targeted Star Wars series is set long before the events of Revenge of the Sith during the High Republic era. Jamal Avery Jr. and Emma Burman showed off their original characters of youngling Kai Brightstar and pilot Nash Durango before showing some exclusive footage, which revealed a new adorable character by the name of Nubs and the return of Master Yoda.

Though it looks like John Stamos was about to talk about the second season of Big Shot, he instead made a heartfelt tribute to his Full House co-star Bob Saget, sharing pictures Stamos and the late comedian having fun at Disneyland. Stamos. While it wasn’t shown in the hall, a trailer for Big Shot season 2 was released online.

The Descendants franchise, which follows the children of various Disney villains, is continuing its massive success with a fourth film, which is set to feature some brand-new characters. The characters include Red, the daughter of the Queen of Hearts, and Chloe, the daughter of Cinderella, as they embark on a new adventure with Uma, the daughter of Ursula who made her debut in Descendants 2, confirmed to return. Filming for the next film begins next year. 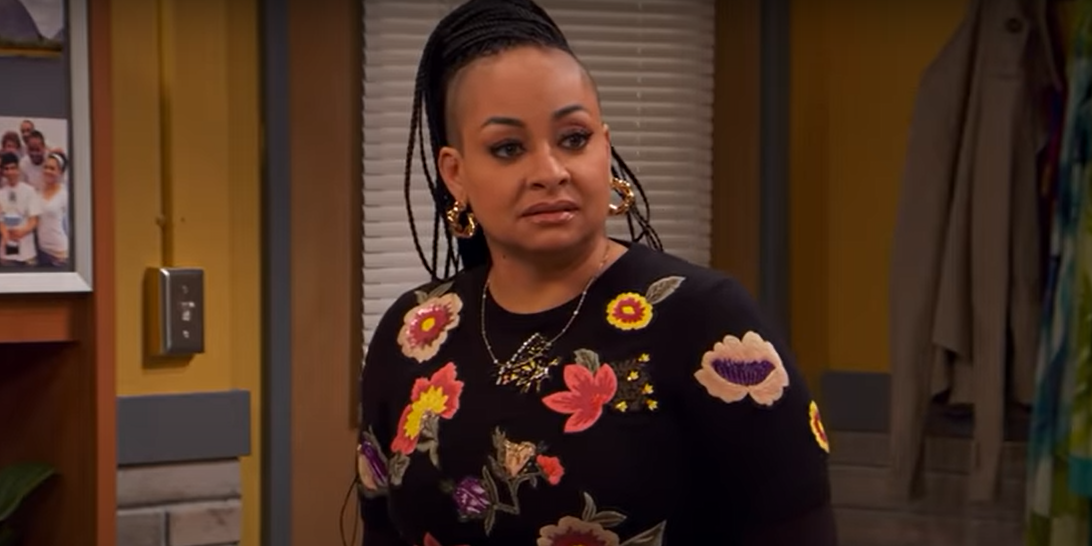 Raven Simone came onto the stage once more with the cast of the That’s So Raven sequel series to announce that Raven’s Home has been renewed for a sixth season, making it one of the longest running Disney Channel shows ever. Like the new untitled Descendants, filming on the new season is set to begin next year.

The 2021 remake of Under Wraps was a reimagining of one of Disney Channel’s earliest films, and now that modern take is set to get a sequel with an all new evil mummy chasing Harold and the kids.

The star of the Z-O-M-B-I-E-S trilogy, Milo Manheim is joining Secret Society of Second Born Royals star in a new teen Disney+ rom-com. The pair showed a quick clip from the film, where their best friend characters affectionately sing an Imagine Dragons song, before Manheim led a live performance from his other Disney franchise, Z-O-M-B-I-E-S 3.