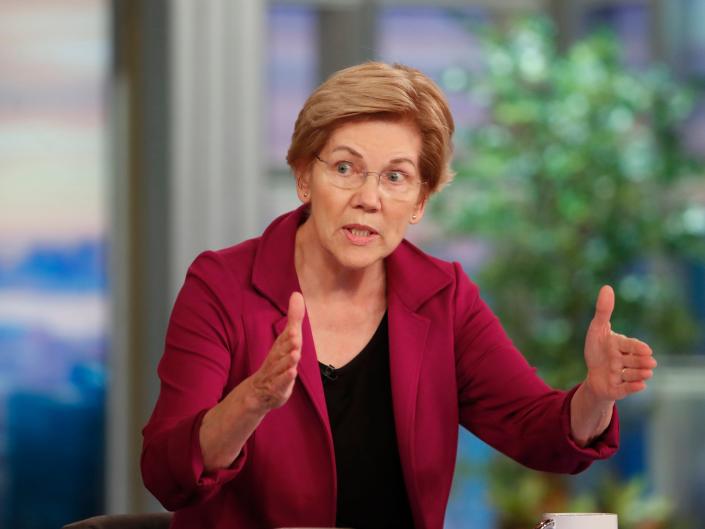 
Senator Elizabeth Warren said she is “very worried” about a looming recession after the Federal Reserve once again hiked interest rates in an attempt to curb inflation.

Speaking on CNN’s “State of the Union,” Warren responded to Federal Reserve Chairman Jerome Powell’s remarks on Friday that the central bank is pledging “forceful and rapid action” against inflation that will “bring some pain” to Americans.

“I just want to translate what Jerome Powell just said. What he calls ‘some pain’ means putting people out of work, shutting down small businesses, because the cost of money goes up, because the interest rates go up,” Warren told host Dana Bash on Sunday.

Powell hinted at more interest rate hikes to come at the Fed’s annual conference in Jackson Hole, Wyoming, on Friday, indicating borrowing costs will continue to climb and debt will be increasingly expensive to pay off. In July, the Fed increased interest rates for the second time this summer, as the central bank looks to alleviate record-high inflation rates.

Warren told Bash she believes there “nothing in Jerome Powell’s tool bag that deals directly” with the wide-ranging factors currently contributing to record-high inflation in the US.

The Massachusetts Democrat specifically cited the need to improve issues including “the fact that COVID is still shutting down parts of the economy around the world, that we still have supply chain kinks, that we still have war going on in Ukraine that drives up the cost of energy, and that we still have these giant corporations that are engaging in price gouging.”

“Do you know what’s worse than high prices and a strong economy? High prices and millions of people out of work. I’m very worried that the Fed is going to tip this economy into recession,” Warren said.

This Might Be Most Bullish Thing Ever for Bitcoin